Sensor Tower store intelligence data shows that the total revenue of Japanese mobile games in the App Store and Google Play reached 4.62 billion U.S. dollars in Q3 2021, a slight decline year-on-year, but still much higher than the level before the epidemic. In this issue, a total of 33 Chinese mobile games were shortlisted in Japan’s Top 100 best-selling list, attracting US$940 million in gold and taking 27.4% of the market share. Among them, “Yuan Shen” and “Wild Action” both achieved dazzling results with quarterly revenues of over 100 million U.S. dollars. 37 Interactive Entertainment “Puzzles & Survival” entered the top 10 download charts in Japan for the first time. 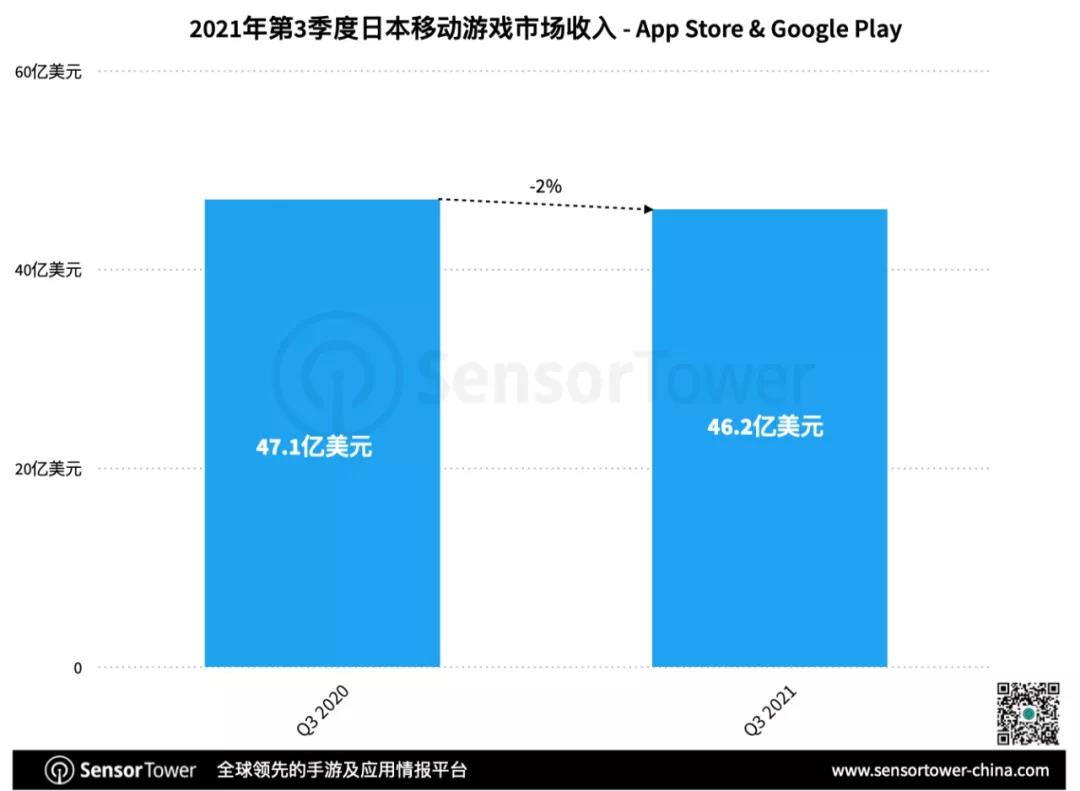 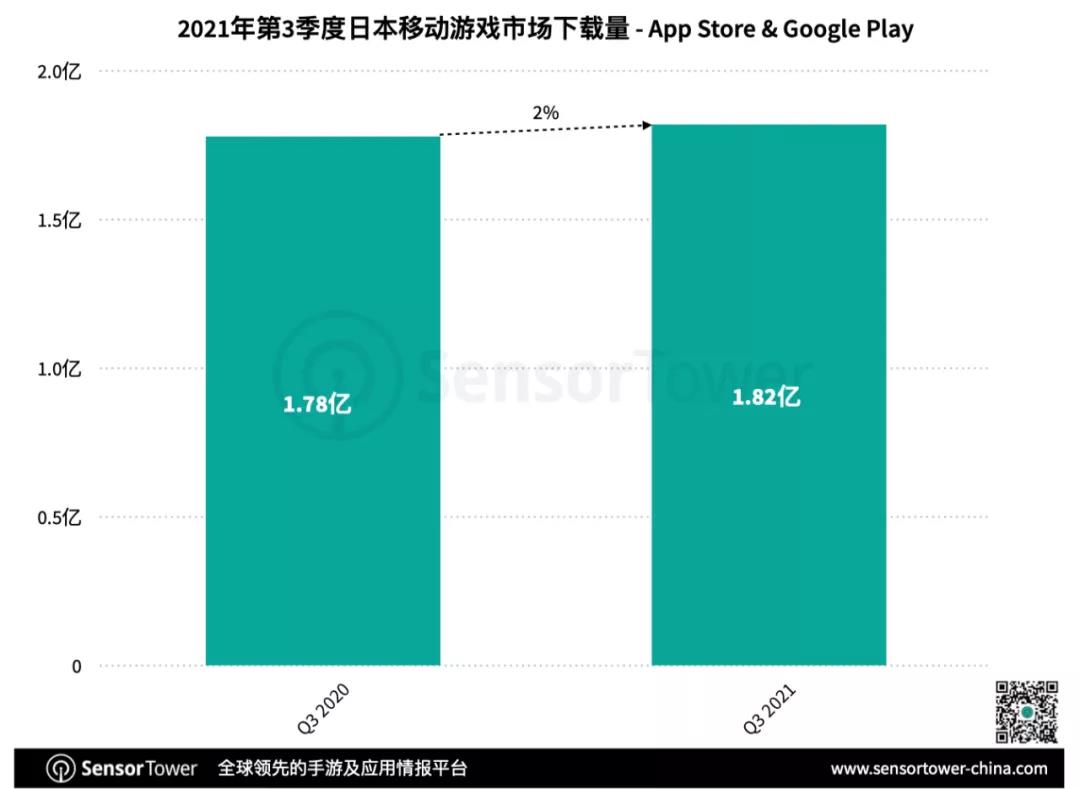 The latest MOBA mobile game “Pokémon Grand Rally” released by The Pokemon Company has received more than 3 million downloads in Japan, ranking first in downloads this season in one fell swoop. Japan has also become the third most downloaded market for the game, after the United States and Brazil.

New games that have also made the top 10 list include the music game “Oriental Barrage Kagura” under DeNA. 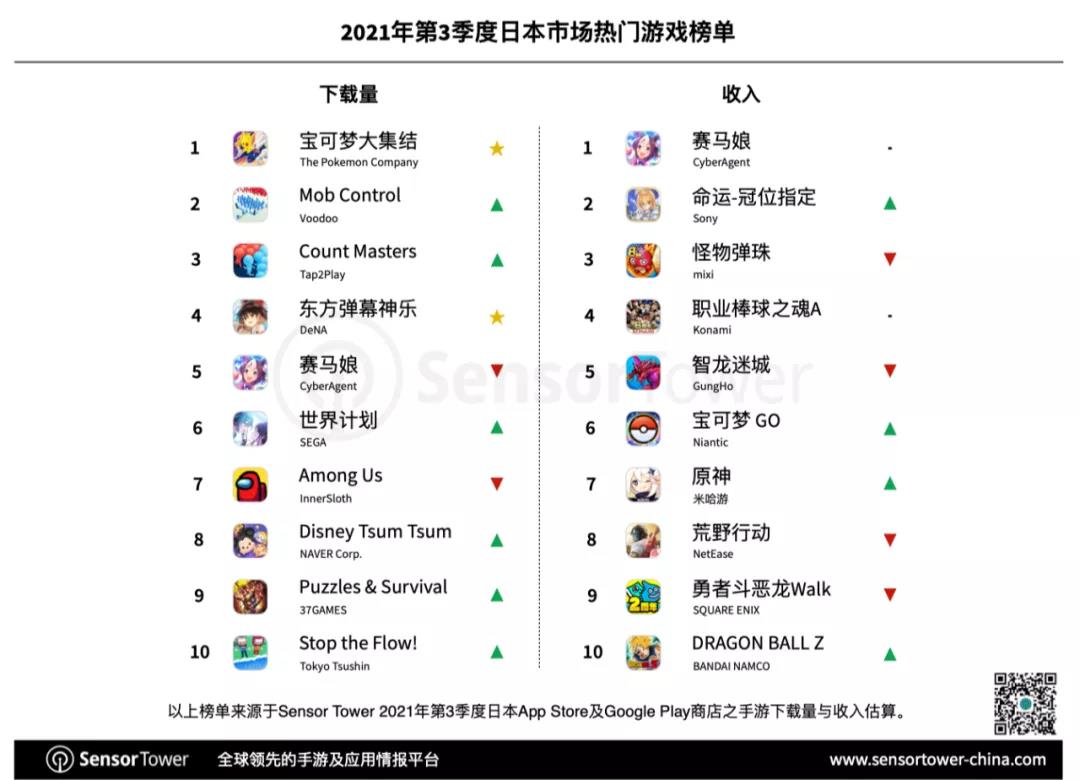 The top 10 games in Japan’s download growth list cover multiple genres such as strategy, leisure, music and board games. Among them, the downloads of the three games “Pokémon Grand Rally”, “Mob Control” and “Oriental Barrage Kagura” successfully exceeded 1 million.

In terms of revenue, the quarterly revenue of the card RPG mobile game “Fate-Crown Designation” released by Sony increased by $100 million from the previous quarter, becoming the game with the most significant revenue growth in the Japanese market this period.

In the Top10 list, the revenue of “DRAGON BALL Z”, “Puzzles & Survival” and “Three Kingdoms: Strategic Edition” all increased by more than 100% year-on-year. In the Q3 quarter of 2021, a total of 33 Chinese mobile games were shortlisted in Japan’s Top 100 Bestseller List, absorbing US$940 million and contributing 27.4% of the market share.

Mihayou’s “Original God” and Netease’s “Wild Action” achieved quarterly revenue of US$130 million and US$110 million respectively, taking the top 2 in the revenue list.

Two-dimensional mobile games are still the main breakthrough for Chinese manufacturers to go to the Japanese market. In the top 20 revenue, a total of 7 games belong to this style. Compared with Western manufacturers, in the Japanese market where the two-dimensional culture prevails, Chinese publishers have greater advantages in localized operations.

On the other hand, from the perspective of game categories, 4X strategy mobile games also have a huge market in Japan. 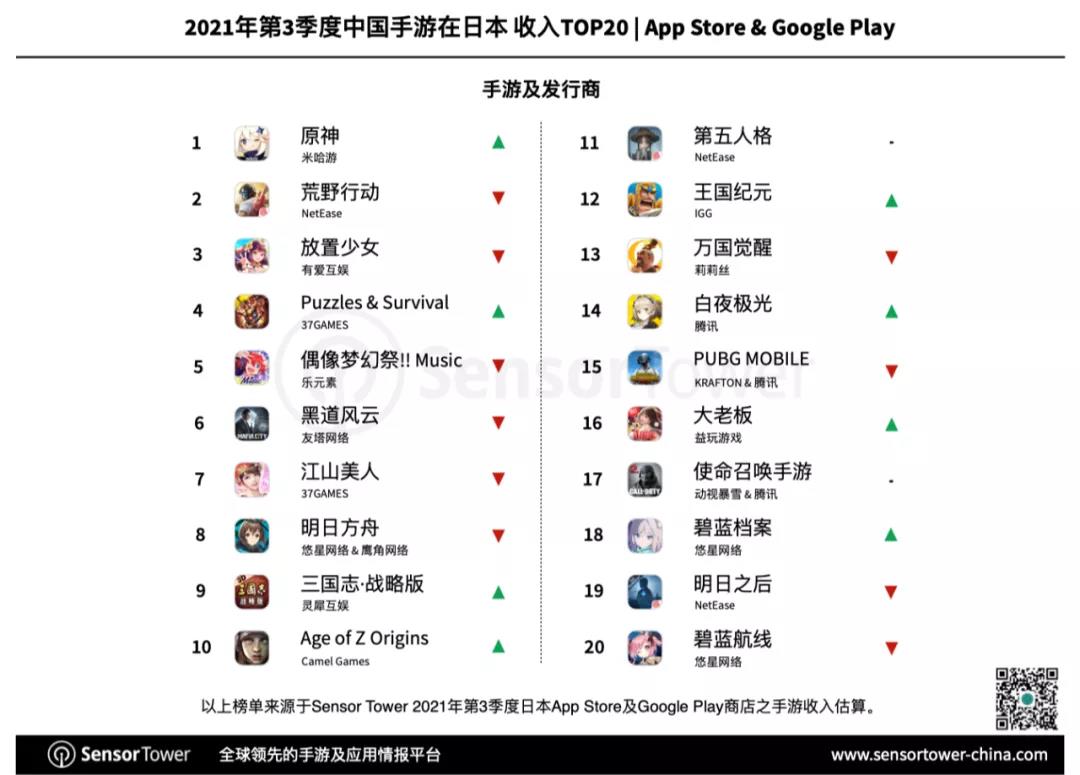 In this issue, a total of 21 Chinese mobile games have entered the top 100 download charts in Japan. Among them, 37 Interactive Entertainment’s strategic RPG mobile game “Puzzles & Survival” has been very popular in Japan since its release in 2020, and it has reached the top of the download list of Chinese mobile games overseas in this issue. This is also the first time the game has entered Top 10 downloads in Japan.

Although the phenomenon of hardening of head games in Japan is obvious, the new tour represented by “Little Ant Country” still provides confidence and a model for overseas manufacturers to quickly enter the game. 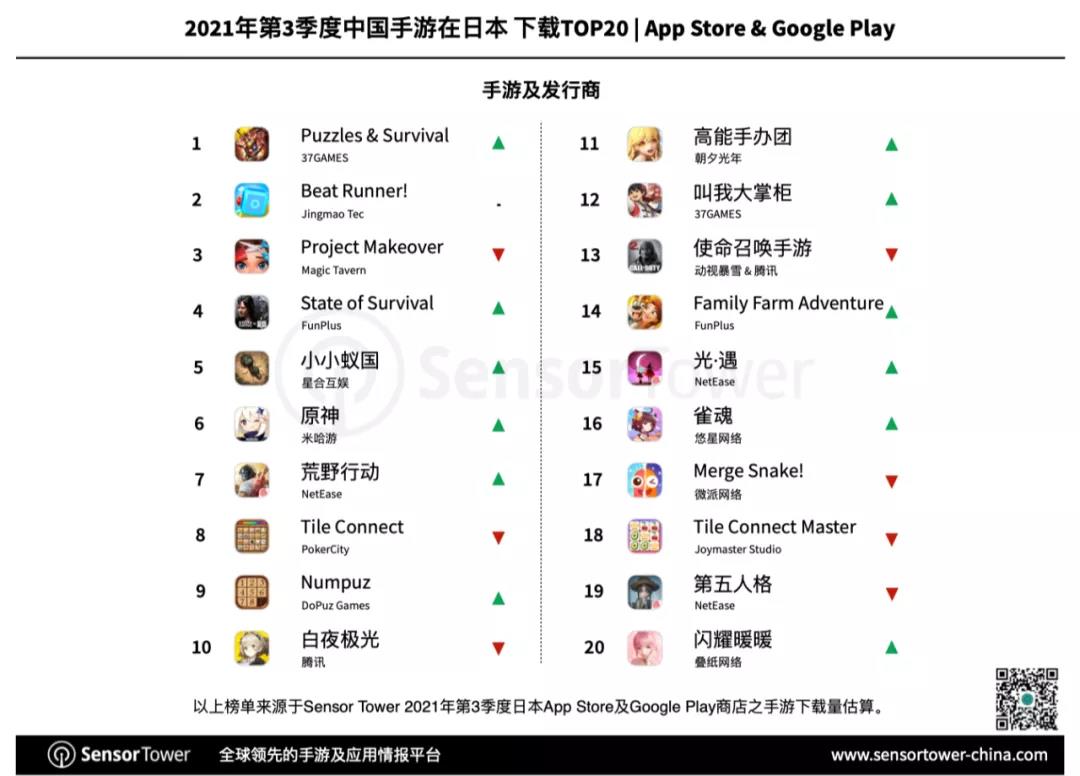