Update: For the second time to pre-order again!

Continue with the original article:

On Twitter Nintendo has announced the premium edition “Fall of Man” for the local market. In addition to the game, it also includes a steelbook, a soundtrack of 2 CDs and a demon manual with over 100 pages. There is also a shoulder bag with Jack Frost branding. All this comes in a stylish collector’s box.

We’ll let you know as soon as the collector’s edition is available for pre-order. Shin Megami Tensei V is coming to Nintendo Switch on November 12. You can watch the JRPG pre-order at Amazon*. 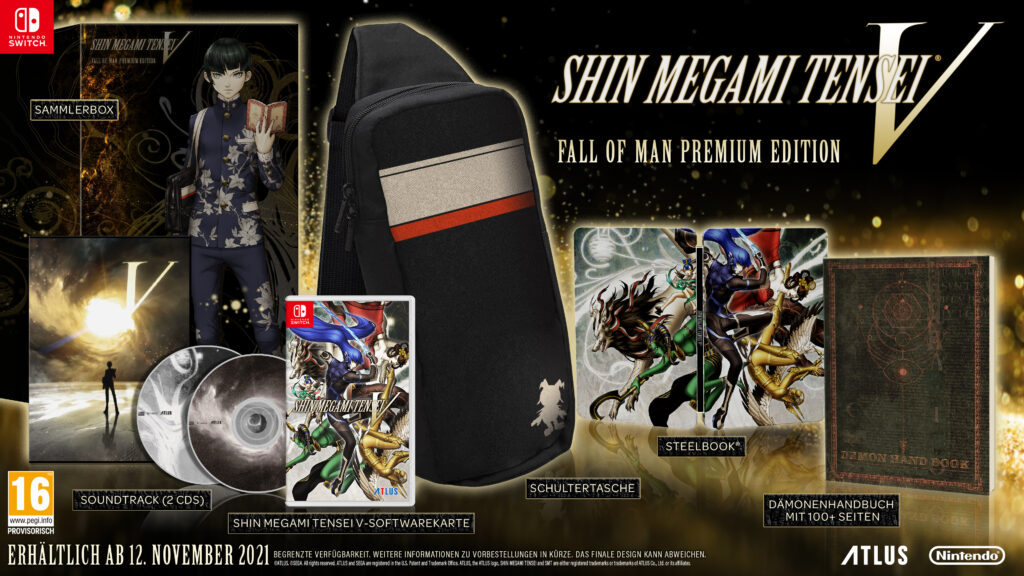 In Shin Megami Tensei V, you take on the role of a high school student who must use his newfound powers to survive in a demon-infested wasteland using a command system.

Demons are feared adversaries, but they can also become powerful allies through negotiation and then fight by your side in this dying world. Which fate will you choose?

Bandai Namco specifically asks you which series remaster you would like

The Way of Wrath now officially announced for Switch