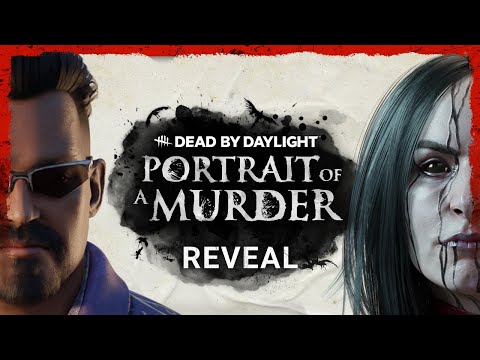 With “Portrait of a Murder”, Behavior Interactive announces a new DLC chapter for Dead in daylight Bee. It will be published later this month, but an exact date has not yet been set.

“Portrait of a Murder” is a new chapter with killer, survivor and a new map. The new killer is Die Künstlerin the talented but tormented Chilean painter Carmina Mora. Carmina was about to commit suicide but was saved by a creepy swarm of crows. This surreal experience gave her deep black, surrealistic art a new expression: daring, large and colorful. She began painting largeformat murals on street corners depicting militant messages denouncing local corruption. Wherever she worked, crows followed her. As it gained more attention and exposed worse crimes, the death threats began. At one point, Carmina and her friends were kidnapped and taken to an abandoned cemetery in the middle of the desert. Only a flock of crows protected them from their attackers, who left them disfigured. So she was taken to the entity with which she now wants to take revenge.

Fans who prefer to roam the world of the entity in the role of survivor can meet the MexicanAmerican character Jonah Vasquez. As a motivated CIA codebreaker, it was natural for the experienced agent to decipher mathematical equations and the secrets they contain. Since childhood, he had seen a series of numbers that seemed to follow him everywhere. When the numbers surfaced again during a mission, he discovered a formula that led him to an incredible reality: an abandoned cemetery in Chile.

In the dusty expanse of the Chilean desert lies a cemetery abandoned by the living and marked by time: The Lonely Cemetery. He again became known for violence because he was the scene of the bloody murder of Carmina Mora and her friends. The new map features a towering crypt that serves as a sleeping place for the crows, from which they can see what’s going on.

Dead in daylight can be addressed on all current consoles.

Battlefield 2042 review – a chaos simulator made less for the purists