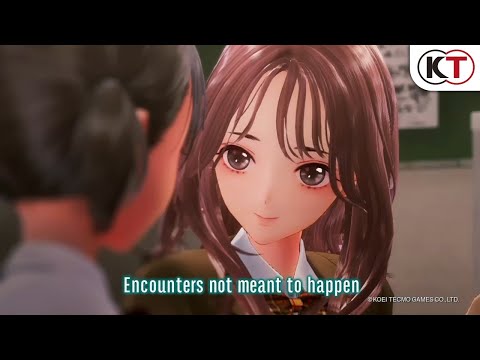 KoeiTecmo presents the launch trailer Blue reflection: second light. He gets in the mood for the roleplaying with smooth sequences.

Blue reflection: second light follows the adventures of three students Ao Hoshizaki, Kokoro Utsubo, and Yuki Kinjou who search a mysterious floating academy for clues to find their way back home. Only their names are left to them as a memory. One day a path opens to a new land. This area surrounds the world the heroines live in hence they call it “the heart of the world” and call the inexplicable new area Heartscape. In Heartscape, characters find ingredients for cooking, as well as materials for crafting, fighting and building special facilities within the academy. Ao and her friends also find shards of memory. Once you touch these lights, little by little the memories come back to life. By collecting these shards, they also reveal the secrets of the world.

However, there are dangers lurking in Heartscape! By battling the creatures that lurk in this magical new land, they unlock previously unknown powers that make the mysterious nature of their surroundings seem even stranger. Finally, Ao and her friends learn how to use the power of the mysterious rings to summon weapons, change their appearance and become “reflectors”. This means you’ll be ideally equipped for fighting the attacking beasts you’re up against in a fastpaced realtime combat system.

Fortunately, not all is grim in the land of Heartscape, as between exploring and fighting the monsters, students can go on dates to deepen their friendship. The closer the friendship between certain characters, the more conversations they can have and the more they can hold hands to express the friendship. Throughout the adventure, the new friends work together and try to make their daily lives as varied and fun as possible. As they are trapped in this unknown world every day, the characters’ true feelings and personalities are revealed, and as their bonds grow stronger, they gain new powers and abilities as they try to find their way back home.

Even after publication, more free content will be available for Blue reflection: second light provided that. The first update will be released on November 23 and will include the photo mode filter, including watercolors and shading. Another update will follow on December 21 and will include new photo frames and character poses. In addition, an entire photo studio can be built in the academy. The hardcore difficulty setting “MUST DIE” also provides an extra challenge. The battles are much harder. Enemies become more powerful, but also drop more items. Another photo mode update will be released on January 14, 2022 and will include a pixel art filter and other unique poses.

A very special highlight awaits all Atelier Sophie fans! Gust Studios announce an exciting costume collaboration for the two JRPGs. If you have both the presale bonus “Summer Bikini” for Blue reflection: second light as well as a bonus “Comfy and Casual” from the coming Atelier Sophie 2: The Alchemist of the Mysterious Dream can also wear the outfits in the other game.

Blue reflection: second light is available since yesterday for PS4 and Switch.