Behind the nomination of “Onmyoji” for the Hollywood Music Media Awards, it hides its methodology for making music

From past experience, the candidates for these awards often come from the most prestigious media works of the year. Therefore, the nomination list of HMMA every year will actually become the focus of attention of the outside world.

In this year’s 2021 HMMA, NetEase’s flagship mobile game “Onmyoji” was nominated by HMMA with a song “Broken Hero”, becoming one of the few domestic original mobile games nominated. Through this HMMA nomination, the exploration and layout of “Onmyoji” in the field of music have also been verified again.

Use storytelling to make music

Good music often requires a good story, and “Broken Hero” is no exception.

In my opinion, “Broken Hero” can be nominated and recognized by HMMA. It mainly accomplishes two things: one is to fit the excellent story core of “Onmyoji” in the creation of the song; It is not limited to the song itself, but combines a series of factors such as gameplay and animation CG to interpret music step by step in a way of telling stories.

From April to June this year, “Onmyoji” updated its annual major version, and officially launched the long-awaited plot of the universe chapter. This chapter is divided into two editions, namely “Red Lotus Flower Crown” in April and “The Return of the Demon” in May. It tells the story of the two new style gods, Asura and Di Shitian, walking hand in hand to deviate from each other for their ideals. The tortuous story of finally meeting again. With the release of the annual major version, the theme song “Broken Hero” came into being.

The background of the Tianyu chapter is based on the thousand-year dispute between the ghost tribe and the heaven tribe. In such a turbulent era, the accidental encounter between Asura and Di Shitian secretly turned the gears of the fate of the two tribes. To put it simply, Asura is very good at force, but he can’t restrain his urge to kill. As the son of heaven and man, Di Shitian has the ability to suppress the urge to kill. The two are partners with each other, vowing to end the thousand-year struggle between the sky and ghosts. The misunderstanding caused by the difference in position makes the two finally embark on a different path.

In order to show the story of Asura and Di Shitian, “Onmyoji” has spent a lot of effort in building strength and scale. It not only launched several well-produced long CG and dynamic comics in combination with the development of the plot, but also in the game terminal. A new dual camp gameplay has been launched, allowing players to follow the development of the plot in a more immersive way.

At the end of the plot in early June, the official theme song “Broken Hero” was officially launched, and the famous German music team 2WEI was invited to arrange the music. Before that, 2WEI’s works had appeared in “Wonder Woman” Among the many well-known movie trailers inside, the gold content of the works need not be said.

This is also the first time that “Onmyoji” has released an English version of the God theme song. Whether it is lyrics or melody, “Broken Hero” clearly reveals the difference from the previous theme songs. Not only the overall melody is more magnificent, but also sometimes exciting and sometimes slow rhythms. The penetrating soprano of Elena Westermann, and the lyrics written in the first person, echo the twists and turns of the version and the inner monologues of the two characters. 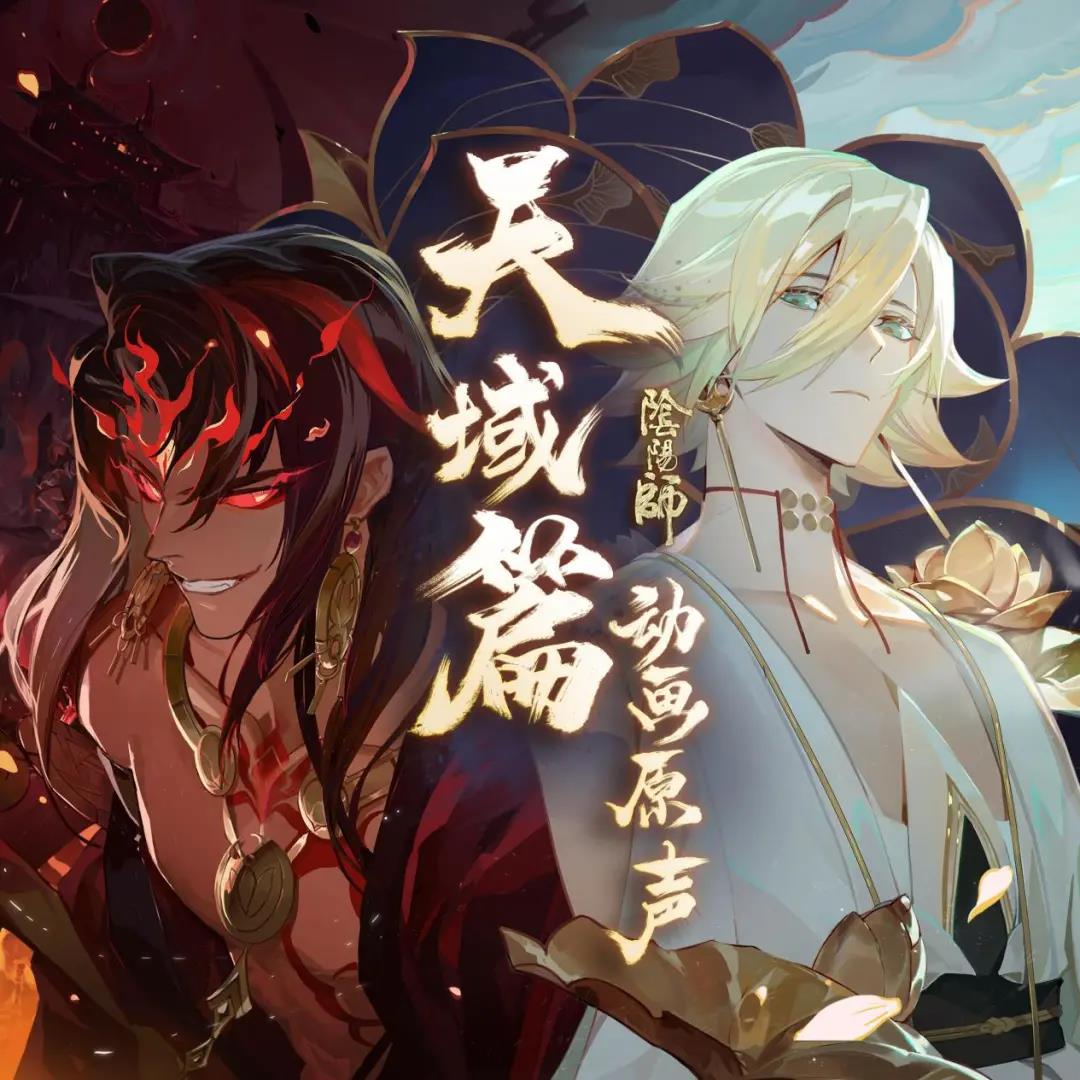 This style of music is the first attempt in the past musical works of “Onmyoji”. On the whole, it is a song tailor-made for the plot. Even users who do not know the plot can read the plot sadness from it. The basic tone of the game perfectly sets off the atmosphere of the game. In a sense, this also reflects the attitude of “Onmyoji” in terms of music, dare to experiment and keep exploring.

But from the time point of view, the version update time was in April, and the theme song was released in June, with an interval of nearly two months. Why did the trump card “Onmyoji” wait until the version was almost over before it was released? In fact, this is exactly its unique understanding of operating rhythm.

Just as every story has a beginning and a transition, the time of “Broken Hero” also pinpoints the climax of the story. Under the foreshadowing of the gameplay and animation in the first two months, players’ attention to the ending of the plot has been formed, and various speculations have also emerged one after another. And “Broken Hero” is full of epic soundtrack and appropriate lines, the various emotional conflicts between the characters accumulated by the previous players are ignited with the music at the last moment of the plot, and finally form a strong emotional resonance.

Even if we look back at the data performance at the time now, we will find that related topics like #阴阳师帝释天#, #阴阳师阿修罗# have repeatedly appeared on the Weibo hot search list, and the total number of topic views has exceeded 1 billion. It can be said that it has caused phenomenal enthusiasm in the pan-ACGN circle, and it has also verified the success of the “Onmyoji” model of “doing good music with storytelling”.

How did the “tone” in the player’s mouth develop?

In fact, it is not the first time that high-quality music content like “Broken Hero” has appeared in “Onmyoji”. Looking back on the past, “Onmyoji” has always had a wide range of strategic layout and exploration in the field of music, and has been ridiculed by players as a “sound” master.

On the whole, the exploration of “Onmyoji” in the field of music mainly presents two characteristics: one is to find resonance in the plot and the emotional appeal of players; the other is to use a combination of new technologies and different elements to expand The form and category of music. The two characteristics are intertwined to form the barrier of “Onmyoji” IP music. 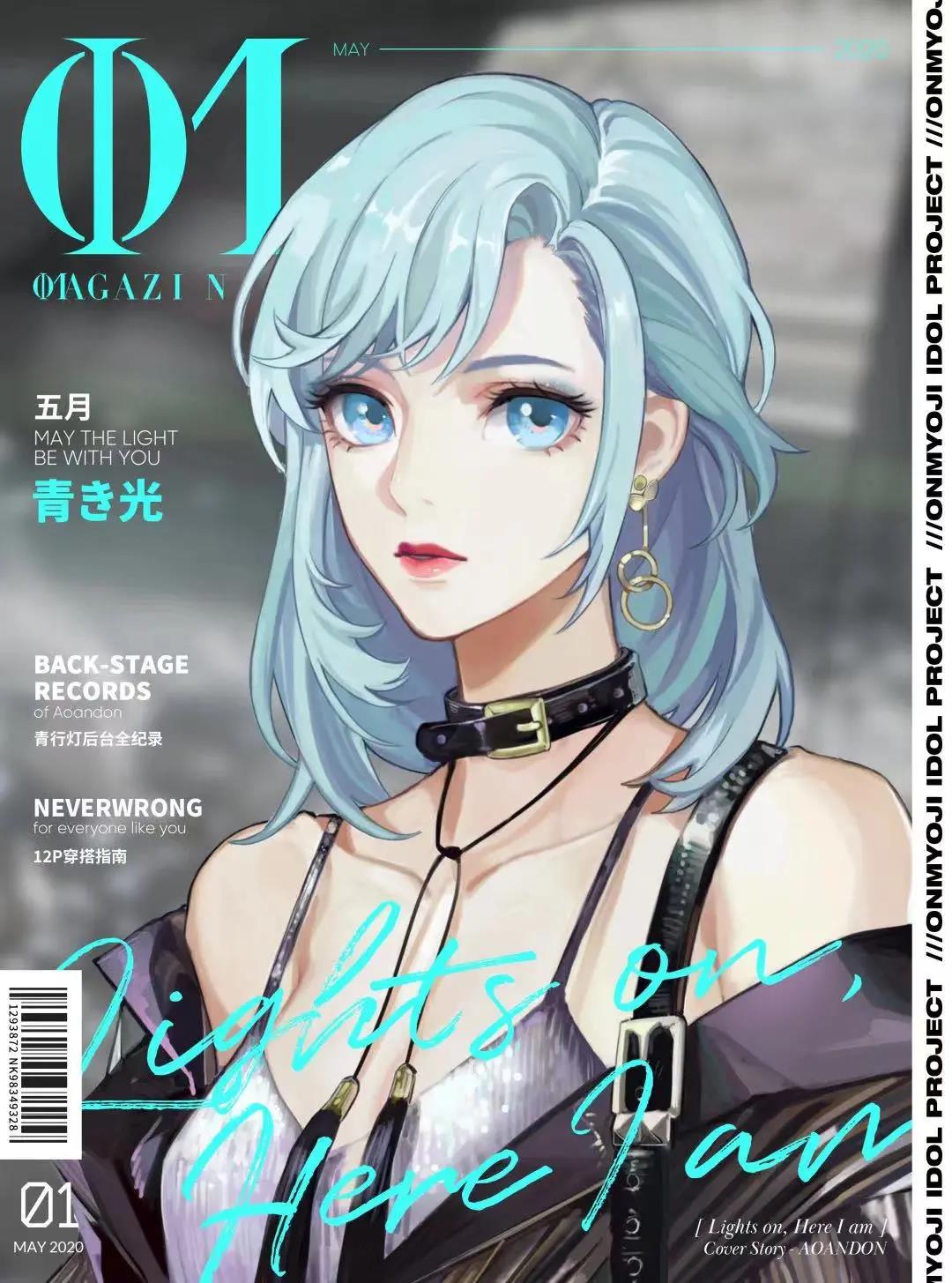 On the occasion of the fourth anniversary of last year, “Onmyoji” released the anniversary theme song “Light and Shadow”, and subsequently released the “Onmyoji” fourth anniversary commemorative music album. The album contains “Crane Feather Blessing Heart” and “The Ancient Sea”. 5 original game soundtracks including “The Covenant”, “Moon in the Sea”, “Turning into Blue Smoke”, and “Giving Fate from the Bell”. It is worth mentioning that music albums have become the fixed content of “Onmyoji” every year. 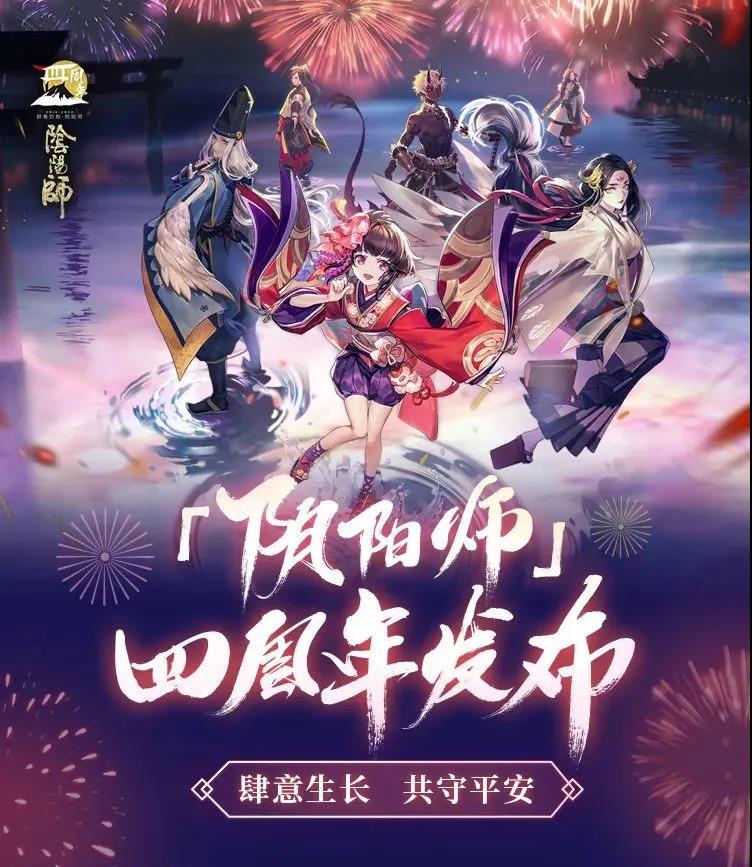 Take the “Turn into Blue Smoke” created for Shishishen SP Bone Bound Qinghe as an example. The song is also based on the poignant love story of An Zhen and Qing He, and expresses it with a beautiful and ethereal style and beautiful lyrics. The regret behind Qing Ji that “there is a lover who is not married” gives the player a deeper emotional experience beyond the text. The high correlation between music and plot makes people more immersive and immersive in the game process.

And in August of this year, the official tried for the first time to launch the first Chinese theme song “Qianchenjuan” for SP Huaniaojuan, using a familiar Chinese context to interpret the lovesickness under the theme of the Japanese style. 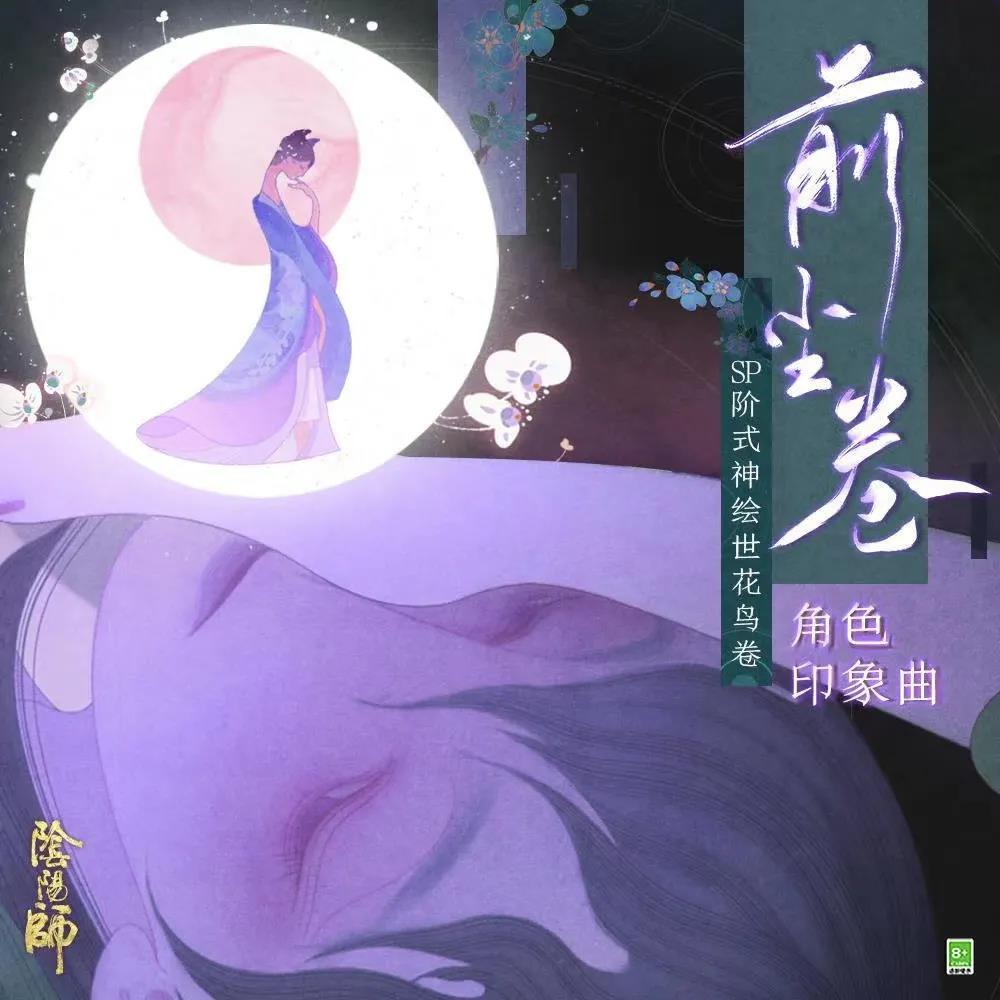 At the “Ping An Song Festival” celebrating its fifth anniversary this year, “Onmyoji” continued to explore more possibilities for music, and announced three major music plans, rock, jazz, and Chinese style, using symphony, rock, jazz, and Chinese style. Various ways of playing, reproduce or adapt the familiar music of the players in the game. For example, the “Your Light” mentioned above switched to jazz performance and sang in French, giving players a new experience.

In addition, the concert also uses XR (mixed reality) technology to integrate the real stage with the virtual scene. For example, in “The Hungry Skeleton”, the XR technology is used to build the stage on a flower on the other side. Skull’s surprise bass SOLO, the huge virtual character was particularly shocking against the live-action band, which drew a burst of cheers from the barrage.

In the process of exploring the path of music, the government has not only focused more resources and energy on music production. Announcing the creation of a music workshop at the “Ping An Song Festival” aimed at innovating more new music experiences.

In addition to reflecting the confidence of “Onmyoji” in its own music brand, it also takes into account the needs of young users for personalized expression of IP. From this, it is not difficult to speculate that in the gradual formation of the creation ecology of the doujin, the future “Onmyoji” may form a larger music category and a unique style of music territory.

In the past, whenever we talked about “Onmyoji”, we always used the two-dimensional category leader to evaluate it. But as everyone knows, when we switch to the music dimension to examine, we will actually find that “Onmyoji” has a solid background, whether it is thinking about the way of music presentation or exploring the layout of the IP music layout.

In the final analysis, the mining of music is essentially an emotional exchange with players, a way for manufacturers to try to reach players from more dimensions. Starting from the plot, and constantly meeting the emotional needs of players, “Onmyoji” has formed a channel and co-creation space for emotional communication with players through years of exploration, bringing more possibilities to IP.