Available from Argos for £89.99, the Nacon Revolution X Pro Controller is half the price of Microsoft’s own Elite pad, and almost as good.

It’s a feature-packed pad that’s fully customizable, both in terms of button layout and actual components.

The controller itself does indeed come with all kinds of optional extras, from extra weights to replacement thumbsticks.

It’s an incredibly light controller without the weights, which Nacon says is best for extended gaming sessions.

Personally, I prefer a slightly heavier controller, so I immediately used the heaviest weights available.

While it makes a big difference to the way the controller feels, I would actually have liked the pad to be even heavier, so I hope future batches add heavier weights.

Thankfully, the controller remains extremely comfortable to hold, thanks in large part to its textured grips and Microsoft’s already excellent design.

Like the Xbox Elite pad, the Nacon Revolution X has four extra buttons on the bottom of the controller for extra customization.

The hotkeys can’t be detached like Microsoft’s magnetic counterparts, but they’re also not as sensitive, usually eliminating accidental button presses.

I’m a big fan of the buttons on the bottom, which are especially useful in games like Fortnite, where they can be programmed to build.

Speaking of programming, the Nacon Revolution X has a comprehensive suite of mapping tools, which are available through the app.

The app is free to download and easy to use. You can fully map the buttons, assign different shortcuts, and even change things like the response curve and dead zone for both sticks.

That’s in addition to adjustments to trigger sensitivity, in case you find your buttons extra cramped. You’ll never get the triggers to feel like on the PS5 DualSense controller, but it’s a start.

You can save these presets on the controller itself or use the pre-programmed profiles suitable for racing games, first-person shooters, fighting games and action-adventure releases.

There’s even an option to change the lighting effect on the right analog stick, which is a very cool – if not particularly useful – feature. 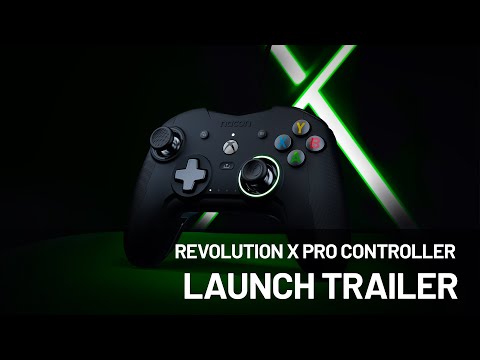 I actually have mixed feelings about this, I miss the convenience of playing wirelessly, but not the constant need to recharge batteries.

According to Nacon, the lack of wireless support is a conscious choice, because wired play reduces latency.

In fact, the controller’s 4ms latency is the lowest possible on Xbox devices, which is why the Revolution X is aimed at pro gamers waiting.

I’d be lying if I told you I could tell the difference, but eliminating the need to keep charging the controller is reason enough for me to jump on board.

With other perks like Dolby Atmos support, a handy carrying case and a reasonable price tag, the Nacon Revolution X Pro Xbox controller is a fantastic choice for budding eSports professionals and casual gamers alike.

Martha is Dead Postponed to February 2022