What’s the secret of the “Paper Wedding Dress” series that has played a “trilogy” and won the free charts for many times?

GameLook report/After the first few works were well received, recently, a new sequel was announced for the addictive horror game that allows players to watch advertisements. 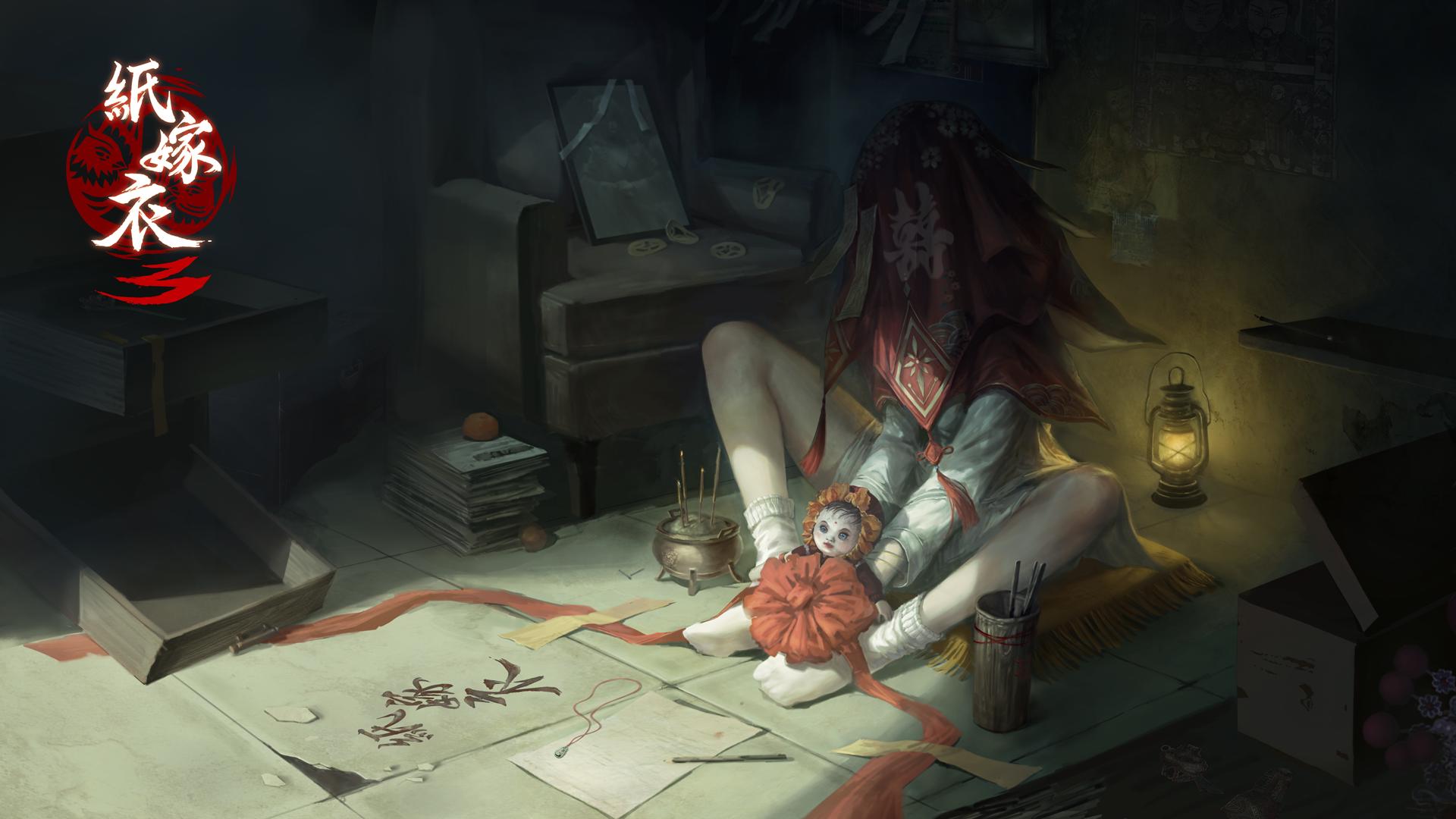 Up to now, the number of appointments for “Paper Wedding Dress 3” on TapTap has exceeded 100,000, and the first PV on station B has more than 500,000 views, which is enough to prove the popularity of the series.

It is worth mentioning that the “heartbeat” here is not the other “heartbeat”. According to the investigation of Aiqi, the trademark of “Paper Wedding Clothes” is owned by Chengdu Xindong Interactive Entertainment Technology, and Tianxiang Interactive Entertainment under Iqiyi accounts for 30.62% of the shares, except Apart from the similarity of the name and Xindong.com, the two are actually not related.

According to the official statement, “Paper Wedding Dress 3” is the fourth work in the series (why it is 3 but 4, which is not obvious), and the first work of this series “Paper Wedding Dress” is actually this year It was officially launched in January, and “Paper Wedding Dress 2” was released at the end of July this year, and both of these games won the free list champions. With three new games a year, the production capacity of heartbeat mutual entertainment is not high. 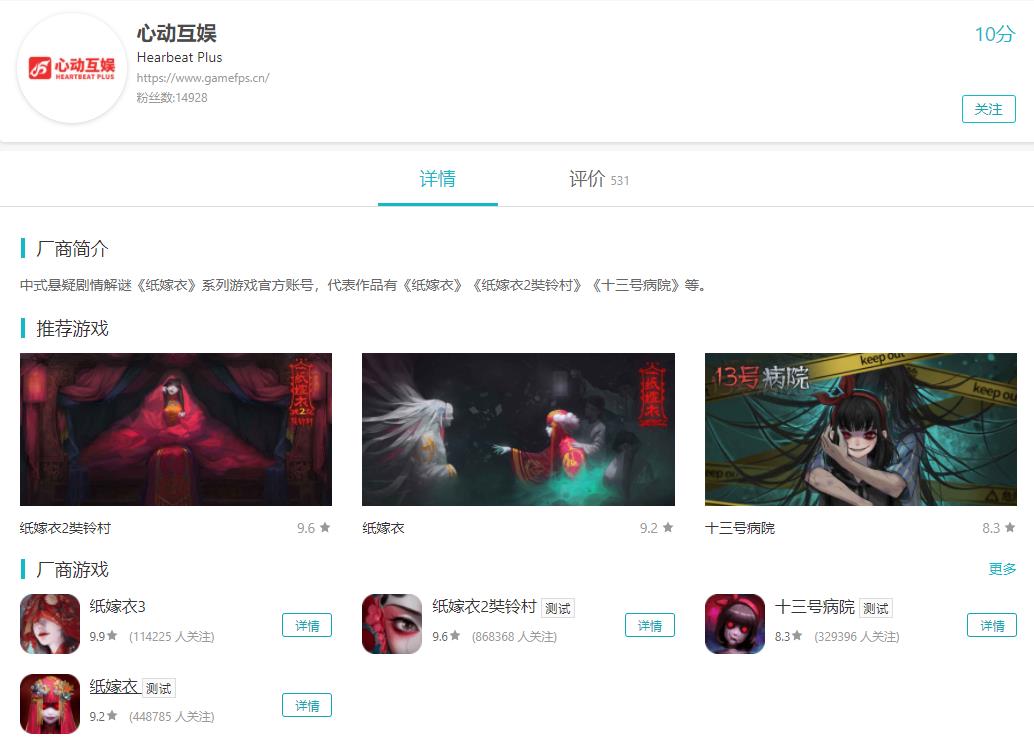 It is understood that “Paper Wedding Clothes 3” maintains a close relationship with the two works. The story will take place in Moshui Village near Zangling Village and Fulu City, a small city. At the same time, according to the official description, the new work has comprehensively upgraded the expression, plot, and stimulation level. The game will have more dynamic performance, action expressions, and the stimulation performance will be 2.44 times higher than the previous work.

Throughout the development of the entire “Paper Wedding Dress” series, each game has a high voice among the player community. The first two works have a score higher than 9 points on TapTap, which is why it has gained a large number of fans. , In fact, it is also due to its continuously advanced quality.

For example, the “Paper Wedding Dress” series all have a strong Chinese horror color. The game uses a lot of traditional Chinese elements. The rich details and very grounded elements allow players to quickly immerse themselves in it.

As the saying goes, “Chinese do not lie to Chinese people”, only Chinese people know what Chinese people are most afraid of. The addition of Chinese-style terror elements can easily make players think about it and achieve the effect of “psychological fear”, that is, no horror plot is set up. Players will be involuntarily fearful.

Secondly, it is the dramatic changes in the plot, scene depiction or music.

The most typical is music. In the second work, a song in the game, “Life is Not Separated”, is well received by players. In order to give back to the players’ enthusiasm, the official put it on the B station and major mainstream music. Software.

At present, the theme song of the modern version and the episode of the Republic of China version have received 876,000 and 1.432 million views respectively on station B, and mainstream music platforms such as QQ Music and NetEase Cloud have also received a large number of player reviews.

On the other side, the overweight on the plot has also become a part that players praise. In “Paper Wedding Dress 2”, the game goes a step further on the theme of “the human heart is more terrifying than ghosts and gods” while ensuring that the overall tone remains unchanged. The heroine became a victim of feudal superstition and ended in tragedy.

The emotions of the characters are more delicate, and the plot also has more dramatic tension. The song mentioned above actually coincides with the fate of the protagonist. Through music, the player’s emotions are released, and it also leaves a clear memory point.

The last part is the puzzle solving part. The entire “Paper Wedding Dress” series is not complicated in terms of gameplay design. Most of the core puzzle-solving parts are added on the frame of the touch-and-touch “room escape” game, which can basically be summed up with the word “solid”.

With the development and deepening of the plot, players will come to the corresponding scenes, collect the items they need, and solve the organs and puzzles one by one. Thanks to the layout of the story and the creation of the atmosphere, the core gameplay mechanism of the game is not only unobtrusive, but also forms a complementary effect with these Chinese elements. For example, the puzzle solving of the chess game in “Paper Wedding Dress 1” leaves a deep impression on the player. impression.

The first work reached the top of the iOS free list three days after it was launched, and the second work reached the top of the free list on the first day of online. The results of the “Paper Wedding Dress” series can be described as dazzling, and this can not help but give a brand new Research and development ideas, games of curiosity, suspense and thrillers can actually run through the IAA track.

Going big, it’s human nature to hunt for novelty. People often have a strong desire to explore things that are unknown, and the unknown is often accompanied by anxiety, fear, horror and other emotions, but when people solve these problems and conquer fear, they can bring a strong desire. Sense of accomplishment.

Therefore, the attitude of many players facing horror games is often that they are delicious and love to play, and the more afraid they are, the more they want to play.

If you look at it from another angle, the element of hunting strangeness helps the game attract a group of users, while the suspenseful and thrilling gameplay can support the experience of a game, and the niche track actually has potential.

For example, GameLook has previously reported a Japanese reasoning IAA game “Mysterious Time (ナゾトキの时间)”. Since its release in August 2018, the game has maintained its top ten list of free iOS games in Japan for seven consecutive months. , The results are outstanding.

The reason why this product can dominate the list for a long time depends on the constantly updated levels in the game and different case forms. From the perspective of expression, it is like a reduced version of an interactive novel, plus Japan. The strong reasoning culture bonus also makes the game popular among players after its launch. 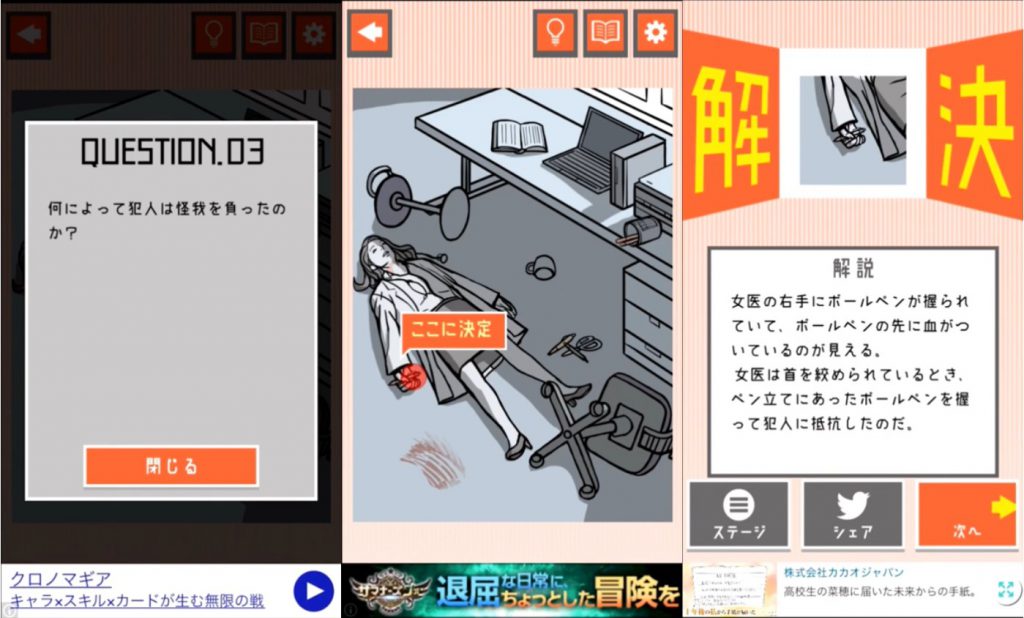 In China, in addition to the “Paper Wedding Dress” series mentioned above, there are actually similar cases, such as a series of “Sun Meiqi” games developed by QZQ Studio.

In comparison, the production capacity of the “Sun Meiqi Series” is much higher than that of “Paper Wedding Dress”. In less than two years, more than 40 games have been launched, both mobile and mobile games. The game is said to be all completed by a personal developer, so the players also intimately call him Uncle Q.

Similar to “Paper Wedding Dress”, each game in the “Sun Meiqi Series” has an independent context and story, and these stories are related to each other, and even some easter eggs and content will become important in another game. Clues.

With dozens of games laid out, the story of the entire “Sun Meiqi series” has expanded from the original murder case to a shocking and important case spanning half a century with multiple countries and organizations. Players also Jokingly called “Sun Meiqi Universe”.

Of course, these games have a more prominent feature, the plot is the core of the game. Generally speaking, the IAA game development cycle is short. If you work hard on the plot, you can achieve a “serial” effect similar to “Paper Wedding Dress”. At the same time, the plot part is precisely the weak link for domestic developers, and there is a certain degree in the market. blank.

IAA games are serialized, and good ideas can be continuously output

From the perspective of the development of the entire game market, the ability to innovate and develop in series is actually a more refined performance of IAA games. Some conventional IAA games actually have a similar trend, but they are implemented in different ways. For example, it is currently free on iOS. The 8th game “Most Powerful Brain 3”.

And like “Paper Wedding Clothes”, working hard on the plot and content can not only form a brand effect, allow players to form a certain memory, and even bring miraculous effects.

Because the plot is wonderful and has a certain depth, coupled with the unique Chinese horror elements and atmosphere creation, leading to the emergence of related second creation, plot mining and other types of videos. For example, the number of views on Douyin on #纸婚衣 topic has already exceeded 100 million, and it is on station B. The live game also has a high playback volume, with the highest playback volume reaching 7.433 million.

Obviously, UP, the enthusiasm of players and re-creation have realized the secondary dissemination of the game, which also enables the game to obtain a certain user base with almost no large-scale purchases, and reduces the distribution cost of the game.

At the same time, the saved part of the cost can be used to invest in research and development to enrich the content of the game, such as strengthening and polishing the screen, plot, and music, thus forming a virtuous circle.

Of course, for this type of suspense and thriller game, in addition to the quality of the game, you also need to grasp the scale of the plot and content, otherwise it is easy to step on the high-voltage line.