Sensor Tower store intelligence data shows that South Korea’s mobile gaming market revenue was US$1.47 billion in the third quarter of 2021, a year-on-year increase of 5%. RPG mobile games are still the highest-paid game category in the Korean market, accounting for 66% of revenue. Among them, the 3A masterpiece “Odin: Rebellion” released by Kakao Games attracted US$230 million and successfully topped South Korea’s best-selling list, becoming the biggest competitor of the “Paradise” series of mobile games. In addition, many Chinese mobile games on the sea represented by “Yuan Shen” have performed well.

In the third quarter of 2021, the Korean mobile game market revenue was US$1.47 billion, a slight increase of 5% year-on-year, and revenue from Apple and Google Stores both showed an upward trend. In terms of market share, App Store and Google Play accounted for 19.7% and 80.3% of revenue respectively. 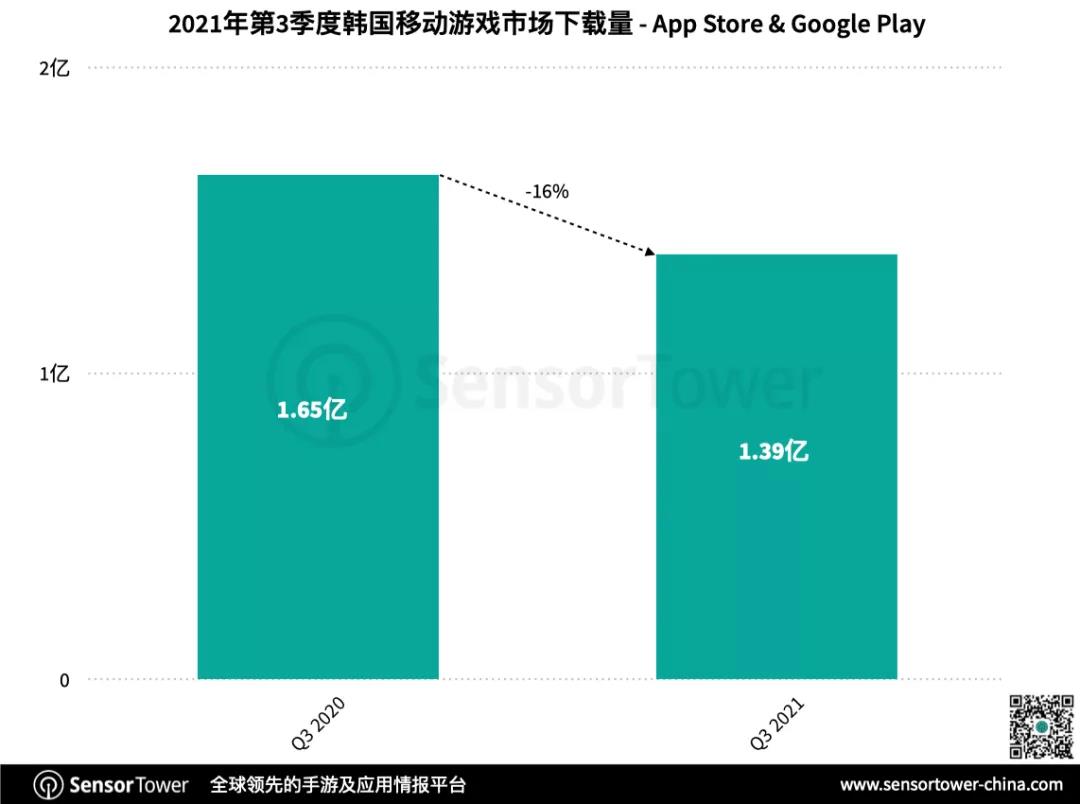 As a popular game type in South Korea, RPG mobile games have performed particularly well in attracting money. In the top 10 best-selling list, there are 8 games that belong to the RPG genre. Among them, the magical MMORPG mobile game “Odin: Rebellion” released by Kakao Games at the end of June attracted US$230 million in the third quarter, ranking fourth in the download list and number one in the revenue list.

Although the top 3 of the best-selling list are all dominated by local Korean games, there are still 4 Chinese mobile games that successfully broke into the top 10 of the best-selling list, including Mikhail Tour “The Original God”, 4399 “Miracle Sword”, Lilith “The Awakening of Nations” “And Sanqi Mutual Entertainment “The Song of Clouds on the City”.

In the third quarter of 2021, the South Korean download list was hit by a variety of new games. In the end, the MOBA mobile game “Pokémon Grand Rally” released by The Pokemon Company stood out, ranking first with 1.5 million downloads. The casual game “Fidget Toys Trading” and the puzzle game “Brain Riddle” ranked second and third respectively. As a phenomenal Korean MMORPG masterpiece, “Odin: Rebellion” attracted a total of US$230 million in the third quarter of 2021, ranking first in terms of quarter-on-quarter growth, and the game’s revenue accounted for 54% of the total revenue of the top 10 best sellers. The performance can be described as Quite eye-catching. 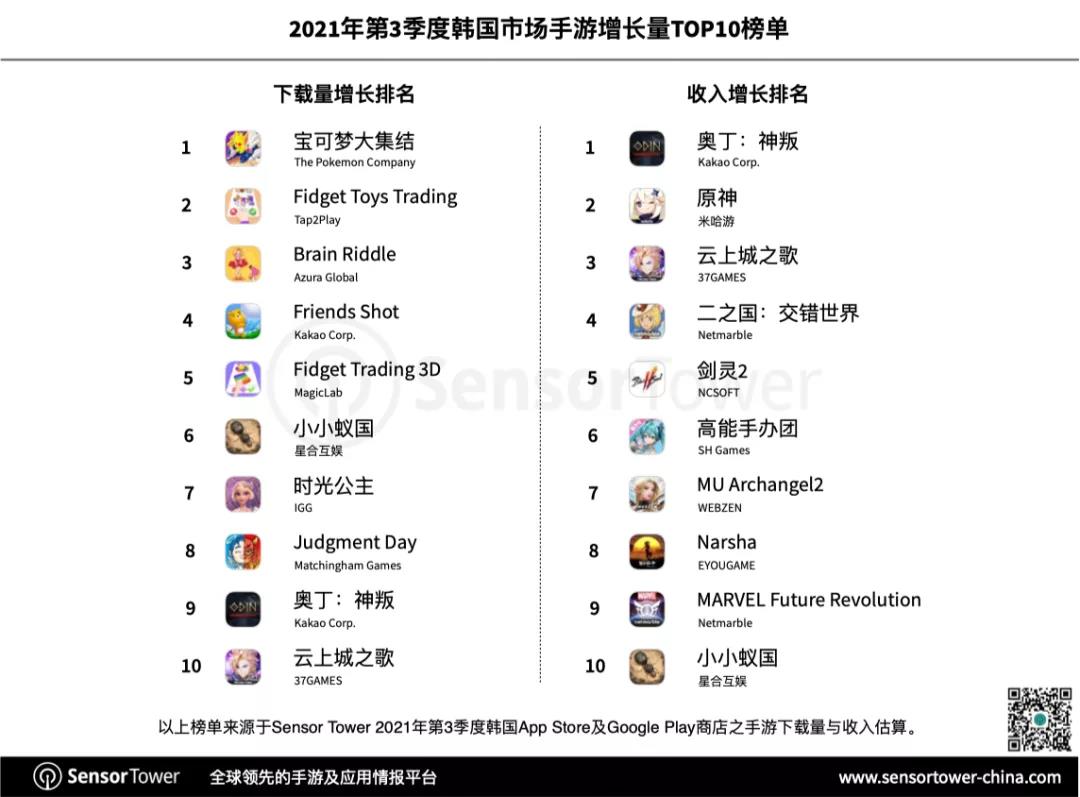 In the third quarter of 2021, a total of 35 Chinese mobile games were shortlisted in South Korea’s Top 100 best-selling list, with a total of 280 million U.S. dollars, accounting for 24% of Top100’s total revenue.

With the support of the version update and anniversary celebrations of Miha Tour, Q3 attracted US$45 million on the Korean mobile terminal, surpassing the 4399 game “Miracle Sword” for the first time, becoming the highest paid Chinese mobile game overseas in South Korea. Its another two-dimensional mobile game “Benghuai 3” also relied on multiple version content updates to stimulate players to pay, which soared 9th to 10th.

In addition, the “Song of the Cloud City” released by Sanqi Mutual Entertainment and the “High Expert Team” released by Bilibili, as new games, have achieved good results in the 4th and 8th overseas income list in a short period of time. It reflects that Korean players have a higher desire to try new games and a stronger ability to pay. 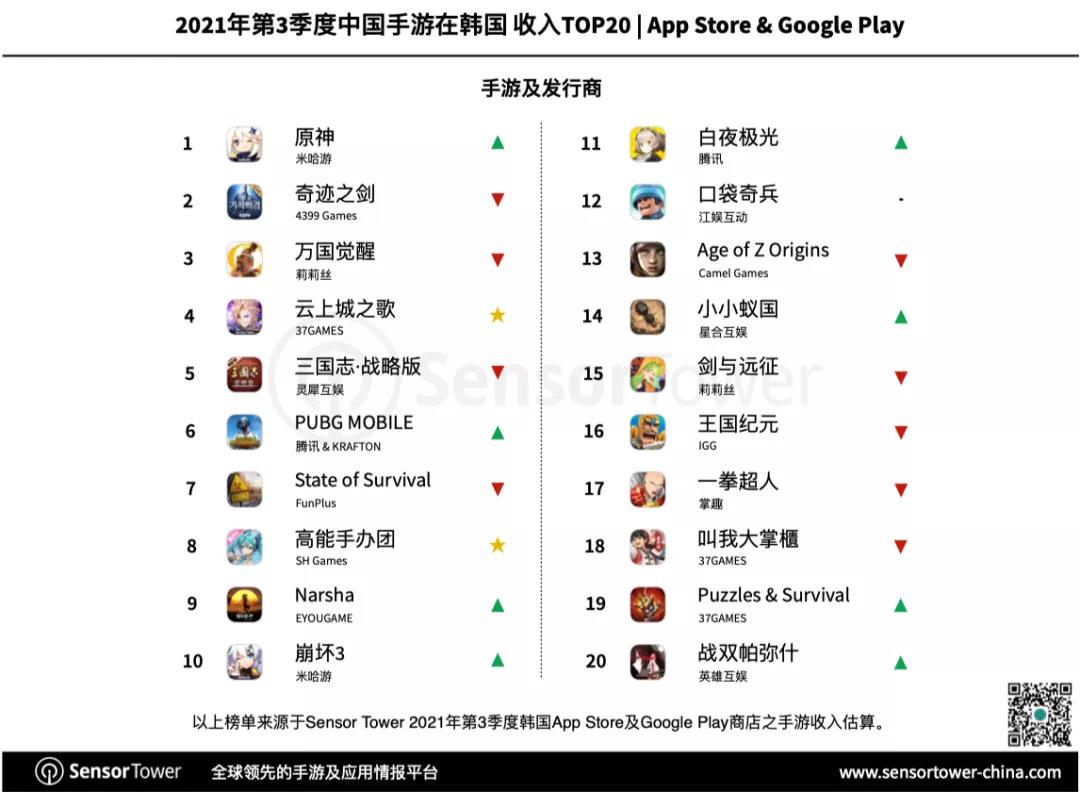 In this issue, a total of 24 Chinese mobile games entered the Top 100 download list in South Korea.

Role-playing games have always been fiercely competitive in South Korea, and “Song of Cloud City” under Sanqi Mutual Entertainment successfully opened the South Korean market through sophisticated localization operations and advertising and marketing, and ranked 9th in the South Korean market by downloads this season. No. 3 in the mobile game download list. 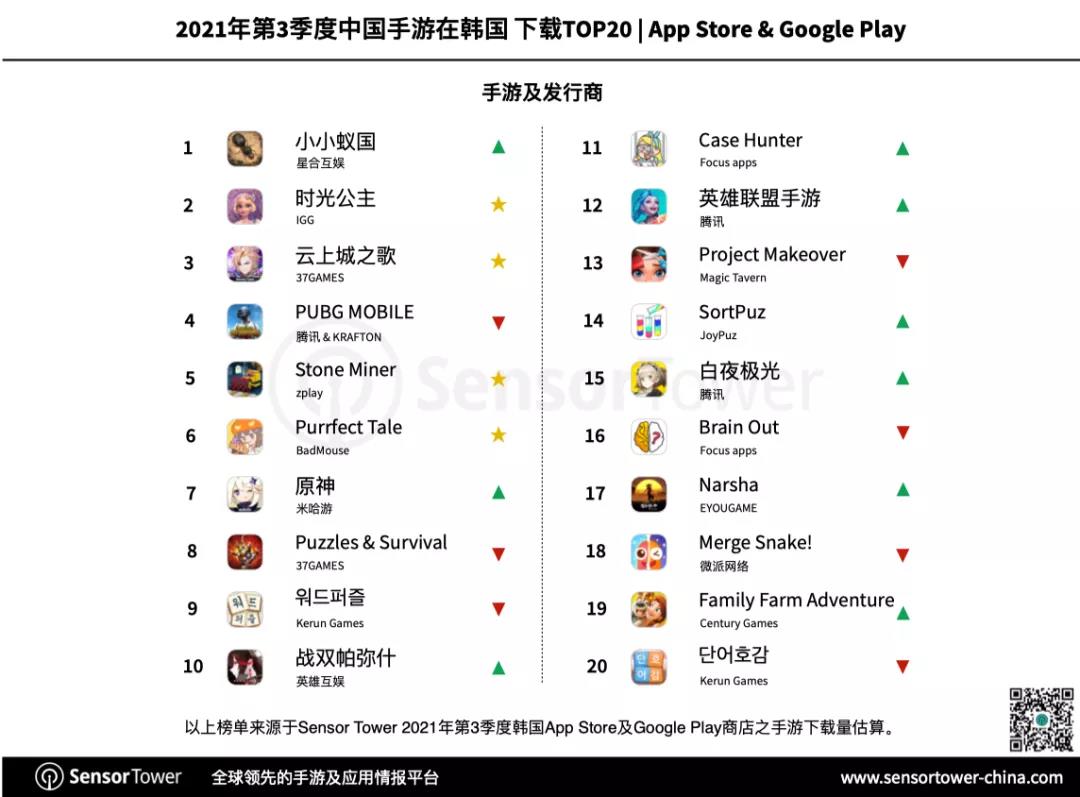