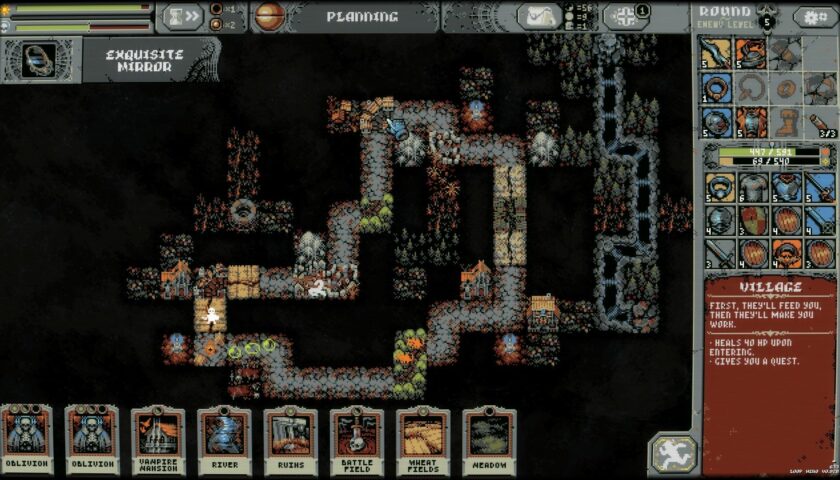 The never-ending and celebrated old-school adventure Walk Hero will be making its rounds on Nintendo Switch starting December 9. Until now, the indie hit has been available for PC on Steam. In August, Loop Hero was announced for Switch on Indie World by Nintendo.

In Loop Hero, Lich has trapped the world in a timeless loop and plunged its inhabitants into chaos. You use your deck of cards, which of course is constantly growing, to place opponents, buildings and terrain and thus change the course of events.