GameLook report/On November 18th, TOEIC’s first national style FPS game “Gunfire Rebirth” announced that its global sales exceeded 2 million sets, and it has received about 50,000 positive reviews and nearly 94% positive reviews on Steam. With the blessing of its brilliant achievements, the first trial version of “Rebirth of Guns” finally came to an end, replaced by the official version of 1.0, which can be described as double happiness.

To celebrate the release of version 1.0, “Gunfire Rebirth” will start a two-week special promotion from November 18th to December 2nd. Purchases on the Steam platform can enjoy a 25% discount, while purchases on the TOEIC Alliance Players of the game will also enjoy exclusive discounts of 68% off single packs, 25% off double packs, and 6.3% off four packs.

It is worth mentioning that players who previously had the early access version of “Gunfire Rebirth” on major game platforms will be updated to version 1.0 for free.

This is an adventure game that uses a low-poly art style and combines multiple elements such as first-person shooting, random elements of meat pigeons, RPG and strategy. This work supports up to four-person team challenges, and there are many designs. A variety of heroes are available to play, and players can also form a variety of Builds between the reincarnation of life and death to experience different levels of fun. A large number of random elements are scattered in every corner of the game, such as dropped weapons, level content, etc., and players can encounter different hero talents, weapon props, and different routes and battle rhythms in different level experiences. This means Players will get a more unique game experience every time they restart.

End the North Snow Mountain to welcome the thousand-year-old! What’s new in version 1.0?

First came the new hero “Chitose” wearing light green goggles. He is brave and good at close combat, summoning a water shield to defuse the enemy’s onslaught and defeating all the roadblockers. Players can spend 600 spirits. get. 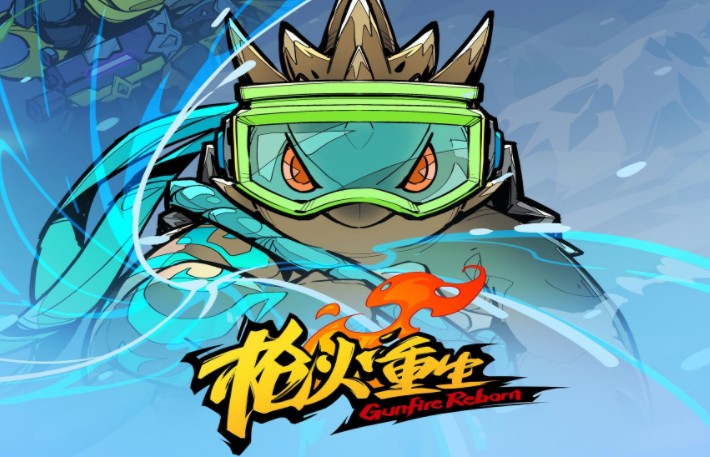 “Chitose”‘s Q skill “Fist Punch” is a simple but practical melee skill. After release, it quickly hits a left fist in front of you, which will cause AOE damage to enemies in a small area in front of you, and as the distance of movement increases , He will gradually accumulate “Fist Yi”, and each layer of “Fist Yi” will increase the damage of the next punch by 5%.

Use the core skill E skill-“Tide Shield” will summon a water shield that lasts for 5 seconds to dissolve all the attacks of the enemy in front of you, and release it again to retract the shield and launch a slam. When the player lifts the shield, the “shoot” will become a “rush punch” straight ahead, and the “sprint” will be strengthened to a “bump” and the movement distance doubled. This violent impact will cause damage and at the same time Produce a knockback effect.

At the same time, the awakening of “Chitose” is also very strong. They are “Polang”, “Jinglan” and “Zhenhai”, which respectively strengthen the output of “punch punch”, weapon output and shield strength. Of course, in addition to the skills mentioned above, like other heroes, they have exclusive talents and spiritual blessings and require players to explore and experience by themselves.

Secondly, two new weapons are also quite attractive-the pistol “Frost” and the launcher “Shaking the Mountain”.

As a dual-wield pistol weapon, “Frost” is actually an ice spear, which can be unlocked by defeating the leader of the first level “Liancheng” twice. After the ice spear is thrown, it rotates at the end point while causing AOE damage to the enemy. Players can continuously throw the spear to attack the enemy uninterruptedly, or take back all the spears. Those who hit the enemy during the period will attack subsequent enemies. How to maximize the effect of “Frost” to cause critical damage will become a major issue for players to test.

The “Shaking Mountain”, which is still capable of dual wielding explosive weapons, is transformed from a mysterious musical instrument. Players need to defeat the “Ao Long” in the third level 5 times to unlock it. It can build an explosion barrier by launching a series of explosive shells. Players can also fire three curved shells, which will bring accurate and deadly fire to the enemy.

Finally, the long-awaited fourth level “Zhubei Snow Mountain” will bring the new Boss “Polar Demon King” to the stage. “Zhongbei Snow Mountain” is located in the northernmost part of the ice and snow. Players will face the demonized monsters all over the place and the “Polar Demon King” Xiong Ba, who is entrenched on the top of the snow mountain. , Can also quickly approach the player and slash his ice crystal sword. 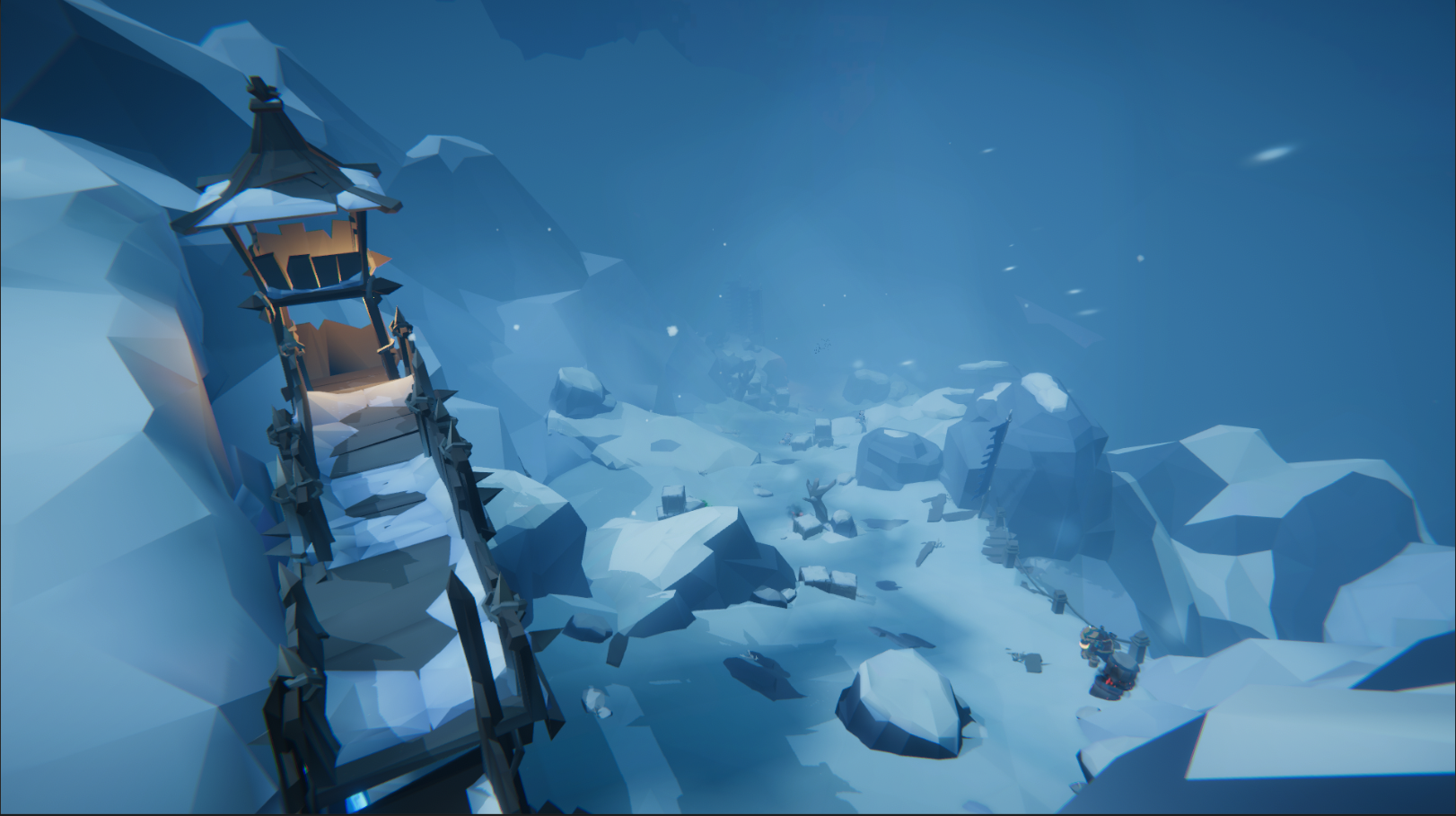 The “Polar Demon King” can strengthen itself by inhaling demon energy in battle, which means that players need to use the most violent output and the fastest speed to solve the battle, so as not to have long nights and dreams.

In addition to the above content, there are also some changes and optimizations for the game experience and balance. At the same time, regarding the possibility of future DLC launches, the development team replied: “After the 1.0 version is released, it will take a while for the version to be improved. We also We will evaluate the feasibility of launching DLC ​​expansion packs during this time. When there is clear news, we will let you know.”

The national style culture of TOEIC is bound to win overseas

“Rebirth from Gunfire” not only has a gratifying gameplay, but also has a distinctive national flavor in many aspects such as the plot, characters, and scenes. The names of the characters such as “Mastiff”, “Lei Luo” and “Chitose” are very national style. The color and skill setting is the perfect integration of ancient Chinese alchemy, martial arts, and swordsmanship with the game content. This will bring players a more vivid and three-dimensional cultural experience. It is well received and praised by overseas players. According to the development team, TOEIC has reached a cooperation with 505 Games, and the game will be released on a console version worldwide in 2022. It is not difficult to see that “Rebirth from Gunfire” has become one of the most popular works that have gone abroad and brought culture to the sea in recent years. 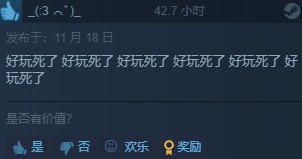 Relying on the high-quality national style to develop overseas markets is no longer new in the industry, and relying on “Gunfire Rebirth” award-winning Duoyi network is even more popular. I believe that in the future, this national style adventure FPS game can bring global players better game content and experience while promoting culture to the sea.