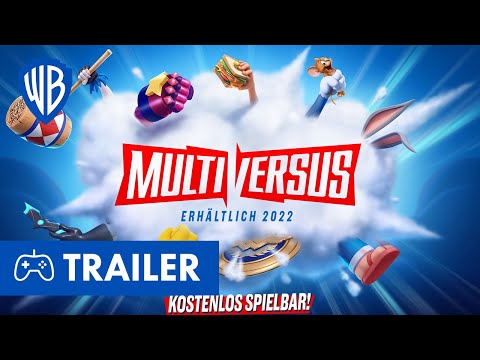 In the battles there is a lot of attention for cooperative online play. There is an extensive set of combat mechanics that makes fighting in the game very special. As a result, the individual fighters each have customizable sets of moves that dynamically complement those of other characters in the battle for supremacy. From the unexpected combination of Wonder Woman’s Lasso of Truth and Shaggy’s sandwich bullet to Arya Stark’s ability to change faces to complement Superman’s laser vision, surprising team compositions and duels make the impossible possible. The game’s fun multiplayer duels are set against the backdrop of various newly interpreted environments from fantastical worlds, such as Batman’s Batcave, Jake and Finn’s tree fortress, and many more. MultiVersus also provides intense 1on1 duels and a headtohead battle for four players, in which only one or one can ultimately be at the top.

“Of MultiVersus we are developing our own competitive game where gamers can look forward to a diverse cast from several popular WarnerMedia brands,” said David Haddad, president of Warner Bros. games. “Together with the talented team at Player First Games, we are creating a freetoplay online fighting game featuring countless legendary characters that fans know and love, from Wonder Woman and Bugs Bunny to Shaggy and Arya from Game of Thrones. And that’s just the beginning as we want to support the game in the long term with upcoming seasons and content.”

“MultiVersus is a dream project for our team at Player First Games and we are very excited to officially unveil the game,” said Tony Huynh, CEO and cofounder of Player First Games. “We have MultiVersus Developed from the start as a cooperative, social game in which teamwork and strategy are paramount. We also want to provide a premium online gaming experience through dedicated serverbased rollback network code, so friends and rivals can smoothly compete with our diverse cast of characters.”

MultiVersus will appear next year.

GAME PS5 Restock: Start Date and Time for the Next PlayStation 5 Stock Release

The battle visual novel gets its first gameplay