GameLook report/ “Hopefully, fifteen years from now, those who are in their 30s will be like us now, saying with enthusiasm: “Dragon Babu” series of games are our unique youth.”When talking about the next fifteen years, Beijing Changyou producer Dai Xin said this. 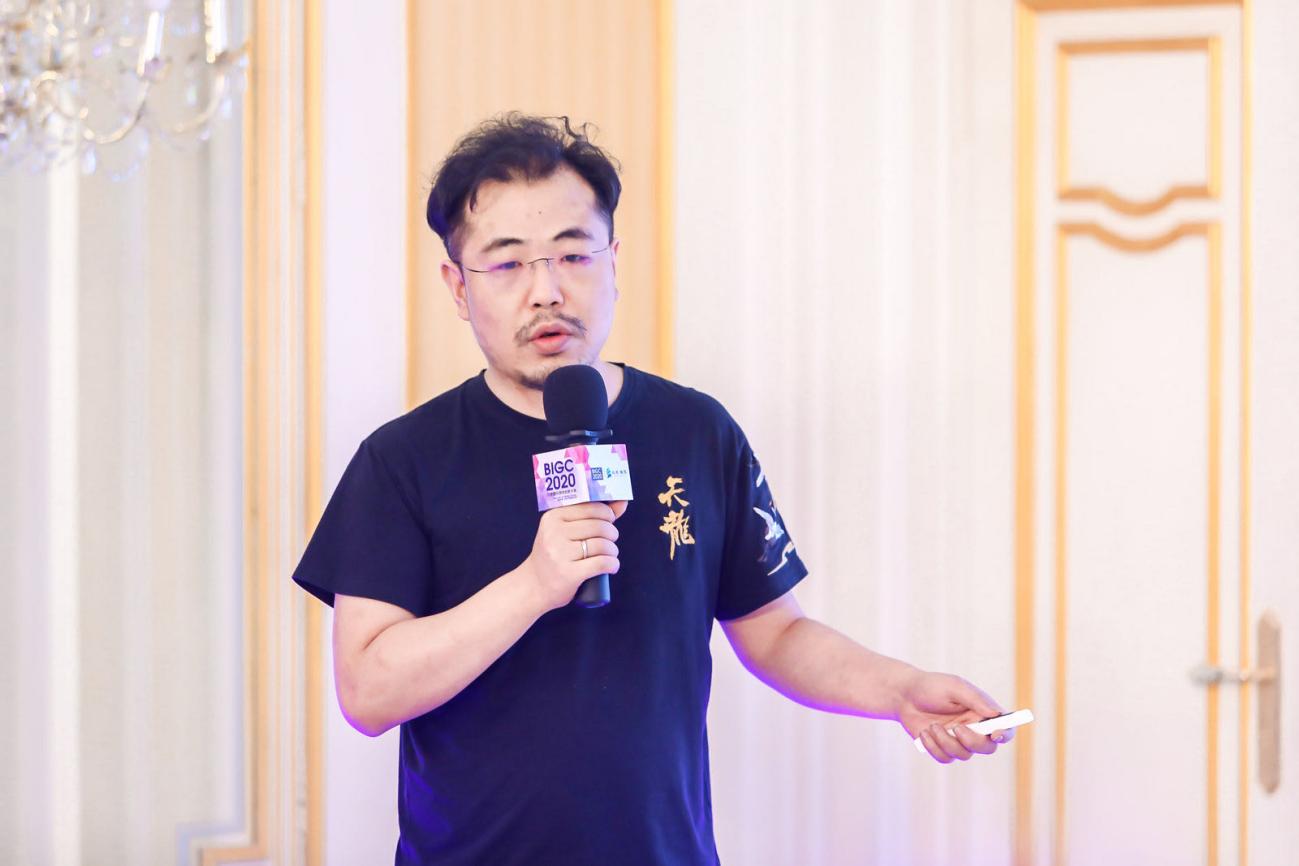 In 2009, Dai Xin, who had just graduated, joined Changyou with his love of martial arts games. At that time, “Tianlong Babu” Duanyou had just been launched for two years and was in a rising period.

Dai Xin referred to the five years from 2007 to 2012 as “free growth”. In these five years, whether it is an industry or a team, online games are a brand new field in China, and everyone has been touching the stones. River, so everyone is free to give “Tian Long Ba Bu” (End Tour) some unique content.

For example, in “Tianlong Ba Bu” (End Tour), Beijing Changyou for the first time combined the original novels such as Zhenlong Chess Game, Misty Peak, Yanziwu and other classic bridges in TV dramas, combined with innovative gameplay, to create Many classics such as Xia 7, Brush Horse, One Piece, etc. have continued to this day. This has also become the core competitiveness of the early days of the “Dragon Babu” series of games. 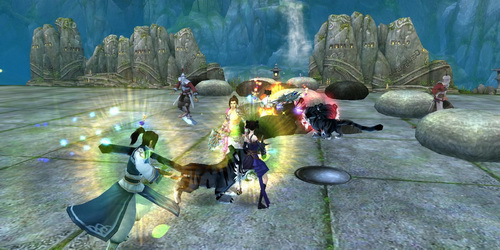 However, with the arrival of the second five years, the market situation has changed dramatically.

Around 2012, a large number of premium online games represented by South Korean online games flooded into the domestic market, such as “Sword Spirit” which was out of the circle due to “greasy senior sister”. In the interview, Dai Xin even uttered this slogan before the name of the game. Whether it is product quality or marketing strategy, the boutique online games that started early have undoubtedly taught domestic manufacturers a lesson.

The sudden Korean wave made Beijing Changyou realize that only by finding a way to make “Tianlong Ba Bu” (the end game) more vivid can survive in the market environment that is multiplying pressure.

After experiencing almost all the hottest models on the market, Beijing Changyou came up with the key answer to break through:In “Tian Long Ba Bu” (End Tour), the essence of “Tian Long Ba Bu” is interpreted, and a game with “Tian Long Flavor” is made.

Based on the strategy of “performing the essence”, in the following time, Dai Xin directly led the production of 20 to 30 expansions, which have also become an important way for the end game to achieve vividness. Each expansion piece is a re-interpretation of the essence of the original work in content, and in terms of gameplay, it is constantly giving a game experience that meets the demands of players.Even today, fifteen years later, the “Tianlong Babu” series of games still has the unique “Tianlong flavor”. 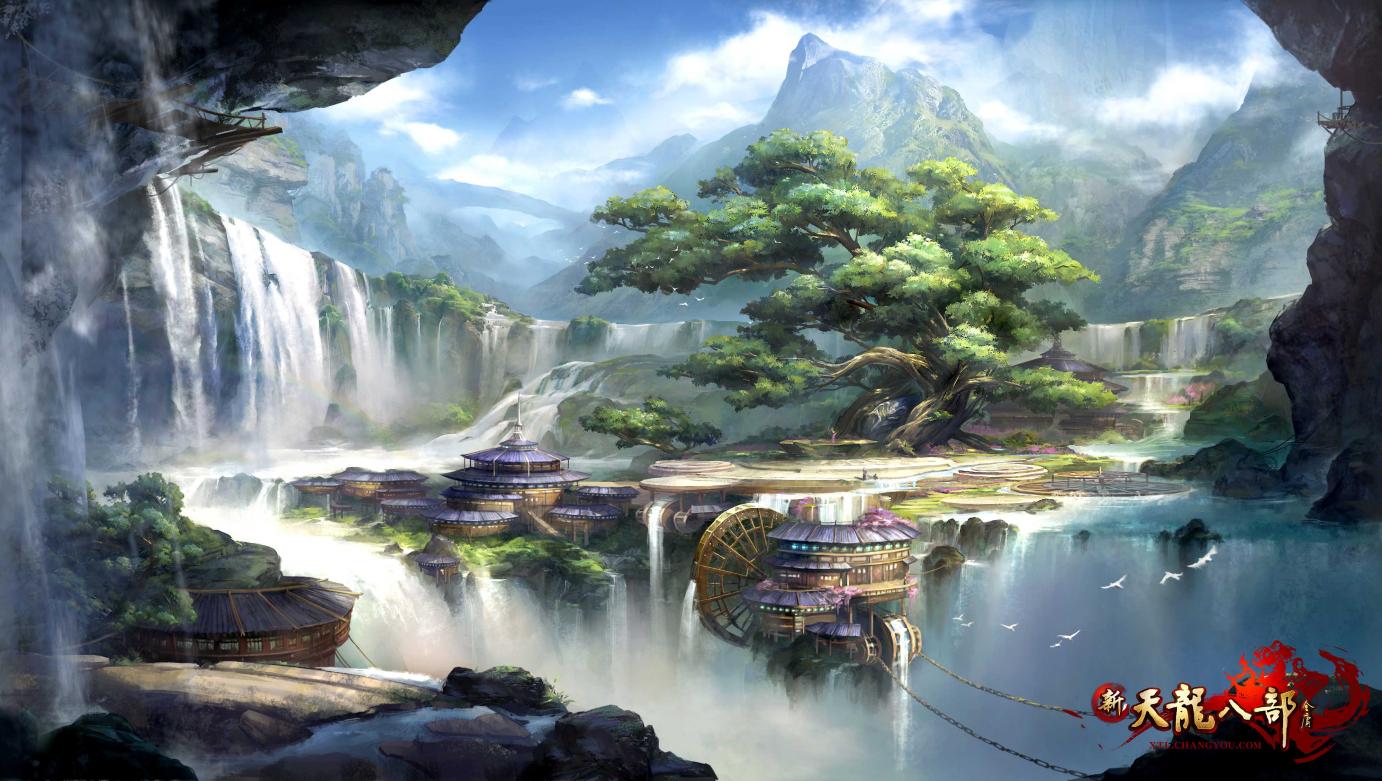 It is the exploration, learning, and breakthrough in the past ten years that “Tianlong Ba Bu” (terminal game) has become a super hot item with more than 100 million users and more than 100 awards. Thanks to this, Changyou, a subsidiary of Sohu, successfully landed on Nasdaq. Regardless of the product data or the development of manufacturers, the success of “Tianlong Ba Bu” (end game) is visible to the naked eye.

But for Beijing Changyou or Dai Xin, it didn’t take much time to celebrate the existing glory, because the external market environment is undergoing earth-shaking changes.

Just in 2007, when “Dragon Babu” (terminal game) was released, on the other side of the earth, Jobs brought the iPhone, which rewritten the history of the development of the Internet, and the new era of mobile games was officially announced.

After briefly trying web games or other types of IP-based games, Dai Xin finally turned his attention to mobile games. How to continue the brilliance of the terminal game and create an explosive mobile game? This is the most important issue facing him, who has become a producer of mobile games at this time. 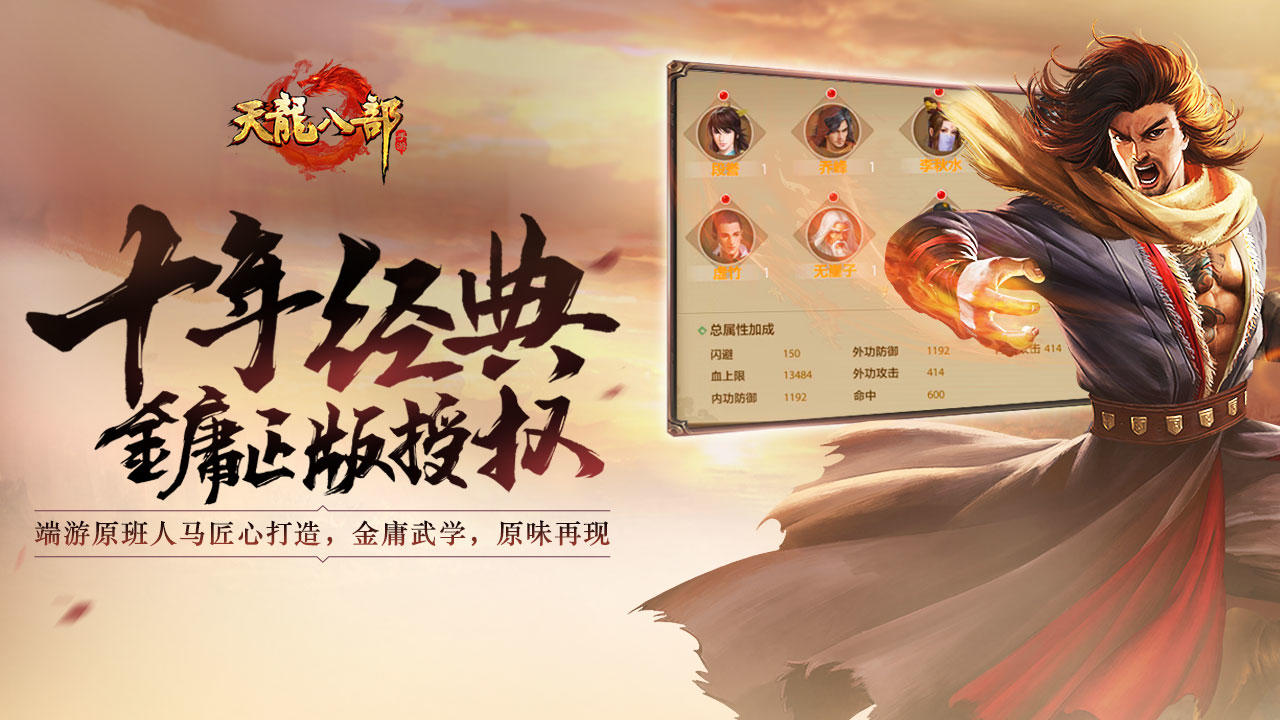 The reason why the terminal game is brilliant is the shaping and richness of its “Tianlong flavor”, and this strong “Tianlong flavor” has also become the most important factor for players’ cognition, recognition and recognition. The direction of “making a mobile game with a’Tianlong flavor'” has been unanimously approved by the team.

Specifically in practice, the mobile game has done two things around the “Tianlong Taste”-restoration and improvement. For the art style and changeable gameplay praised by the end game, the mobile game has been reserved to the greatest extent. But at the same time, Dai Xin’s team has also spent a lot of time and energy to improve the screen and gameplay of mobile games in response to the fragmented and fast-paced characteristics of mobile games. Can have enough time to immerse in his own martial arts arena.

Because of this, it was not until 2017, the tenth year of the terminal game operation, that the 3D mobile game “Tianlong Babu” with the pure pedigree of the “Tianlong Babu” series of games finally came out. However, a good meal is not afraid of late. The player base and reputation accumulated from the end game and Tencent’s blessings in the operation and distribution of the game have made “Tianlong Babu Mobile Games” a very gratifying result in a short period of time, and once became a martial artist. A masterpiece of mobile games.

The success of “Dragon Babu Mobile Games” also made the market aware of the influence of “Dragon Babu”, and then a large number of imitated products began to be launched one after another.“Even though there are many products on the market that imitate ours, we find that users will return to Changyou’s “Dragon Babu” series of games after the experience. Not only are there their youthful memories and brothers fighting together, but also It is because, “Tianlong taste” is the only one. They may be able to imitate the skin of’Tianlong taste’, but they will never be able to imitate the core of’Tianlong taste’.” When asked if he was worried about being plagiarized, Dai Xin said firmly.

However, although the passage of time has produced good wines such as “Tianlong Babu” (terminal game) and “Tianlong Babu Mobile Game”, it has also brought new problems-the changes of the player community. Dai Xin understands that MMOs like the “Dragon Babu” series of games must have a large number of people to be fun, but if a pool is never open sourced, then anyway, there will be less and less throttling water. Therefore, for the “Dragon Babu” series of games, the introduction of young players in the next fifteen years is particularly important.

The next fifteen years: “Tianlong Flavor” is often new to the sea

“Since “Tianlong Babu Mobile Games” has been successful, why is the name of the new work not in accordance with the convention, and the number is superimposed after the name of the old work?”

“We don’t want to rely on skin-changing and re-engraving to continue the brilliance of the “Dragon Babu” series, but we want to make a new mobile game of “Tianlong Babu” that meets the demands of the next generation of players. Let “Dragon Babu” in It became popular among the next generations of people, so it was named “Xin Tian Long Ba Bu” mobile game,” Dai Xin said.

In order to do a good job of this new work, the Dai Xin team has overturned it twice, and it is still being optimized.

In addition to Chang Xin, Dai Xin also said that Beijing Changyou’s “Tianlong Babu” series of games has a greater “ambition”: “East Asian cultural circles are relatively more accepting of martial arts culture, so it is in Hong Kong, Macau, Taiwan and Taiwan. We all have a large number of users in Southeast Asia. But now it seems that the European and American markets also have a certain degree of love for Chinese martial arts culture, so we also want to try, can we have the opportunity to change the “Dragon Babu” series of games from Bringing domestically to the world, so that the world can taste the “Tianlong Taste”.”

Chang Xinhe and going to sea are Beijing Changyou’s main keynote for the next 15 years of development of the “Tianlong Babu” series of games.

From Gamelook’s point of view, Beijing Changyou is completely confident to say to the outside world that it is Tianlong that is produced by Changyou. This may be the origin of SLOGAN for the Qianlong test of the mobile game “Xin Tian Long Ba Bu”.

We will see you on a broader stage in the next fifteen years of the “Dragon Babu” series of games.