Unity Data Report: How much does content update have to do with game revenue?

GameLook report/Mobile games have become the sector with the highest proportion in the game industry. Unlike the traditional game industry, the vast majority of mobile game revenue today comes from online games.

Today’s games provide players with more content, functions and activities than ever before, greatly extending the game life cycle. These content also become more and more strategically personalized and timed according to the player’s in-game life cycle.

The launch of fresh and exciting content has become an expectation for all games, but how do we know if these updates really have a real impact on the success of the game?

The studio that develops and manages online games knows that the launch of content after release is a necessary factor for long-term success. However, it is difficult to plan what content players will accept, especially when developers focus on the game release window.

In the latest “2021 Online Game Status Report” released, Unity analyzed the impact of new content on player engagement, the game company’s important growth strategy, and how to formulate a successful post-launch content strategy based on the company’s and Akamai’s professional data. And other aspects of experience.

For most game companies, it is not easy to be able to release games on time, but it is even more challenging to maintain content updates after the game is released. A limited team needs to put in more efforts to maximize the output of each developer to ensure that the content of a game can be completed on time when it is released. This resource limitation may also cause delays or delays in post-release planning. There is no follow-up update at all.

Although it is difficult for the R&D team to consider post-release content planning in the early stages of its R&D and production, it is certain that releasing new content and enhancing the game experience can have a great impact on the realization of the game. 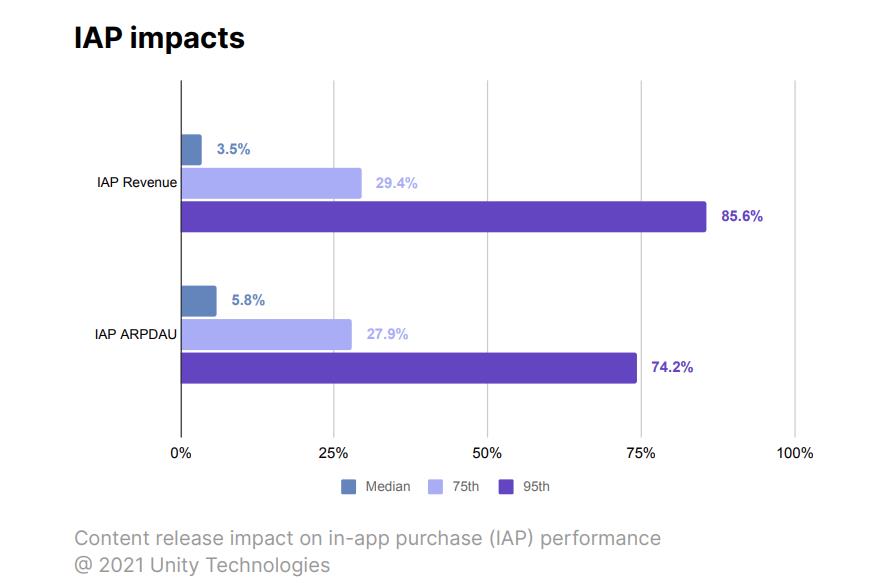 The impact of new content releases on in-app purchases

Survey data shows that publishing new content and improving gameplay experience can have a huge impact on each player’s in-app purchase. A week before and a week after the release of the new content, mobile game studios can see up to 86% increase in in-app purchase revenue, and ARPDAU (average daily active user revenue) can also increase up to 75%.

Even the average of the results brought by the new content release obviously has a positive impact on these data, which means that the content is of higher value to players. 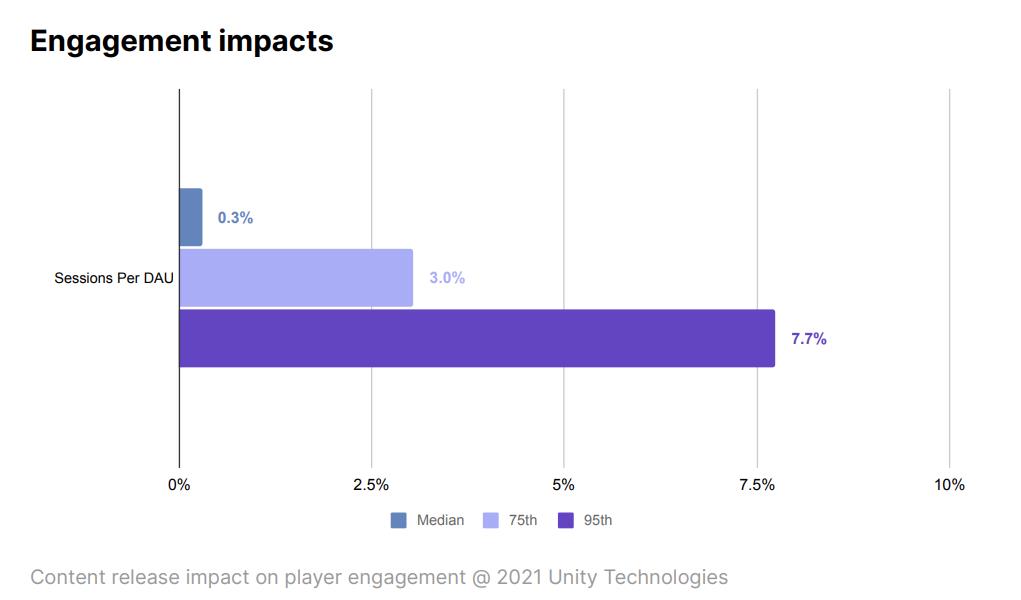 The impact of new content releases on player engagement

In addition, content updates can also allow players to log in to the game more frequently, especially compared to the week before the new version is released. The data shows that in the week after the new content was released, the average number of games played by daily active users per day increased by about 8%. 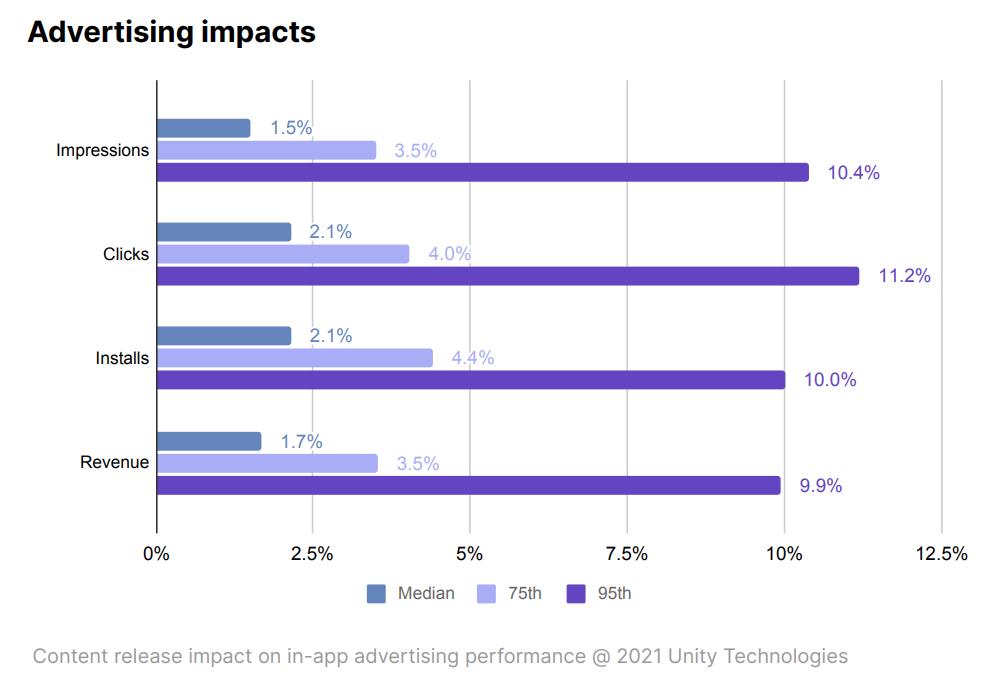 Similarly, content publishing can also have a positive impact on the advertising data of mobile games using in-game advertising. Within one week of new content release, advertising revenue increased by 10%. In 2020, global social isolation measures led to a significant increase in in-game activities that year. However, survey data shows that the number of daily active users in 2021 did not decrease. Although some markets around the world have returned to normal, players are playing games. Participation in here is still very high.

Regarding the continued growth of player activities, it is important for the studio to keep up with user needs in the game production process as early as possible and to plan regular content after release.

Although publishing new content is important, developers must also consider the user experience to ensure that the content they present to players is acceptable. If players encounter obstacles before even experiencing the content of the game, they may be lost and the developer’s efforts will be wasted.

From this perspective, a very important thing to consider is the size of the content. The report found that reducing the game package has a very large impact on the installation rate. 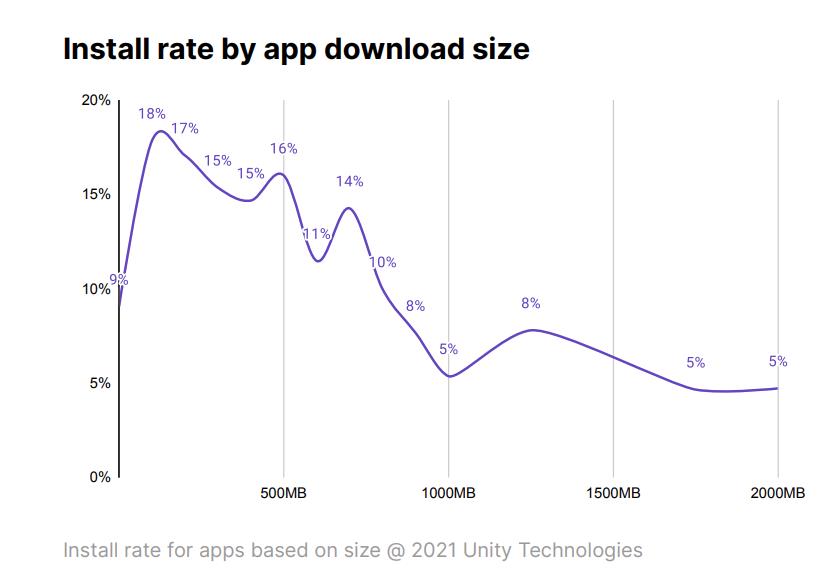 The impact of game packages on install rate

Another important thing to remember is that if the update package body exceeds 200MB, then depending on the difference in local settings, many iOS users may need to specifically enable data usage permissions. 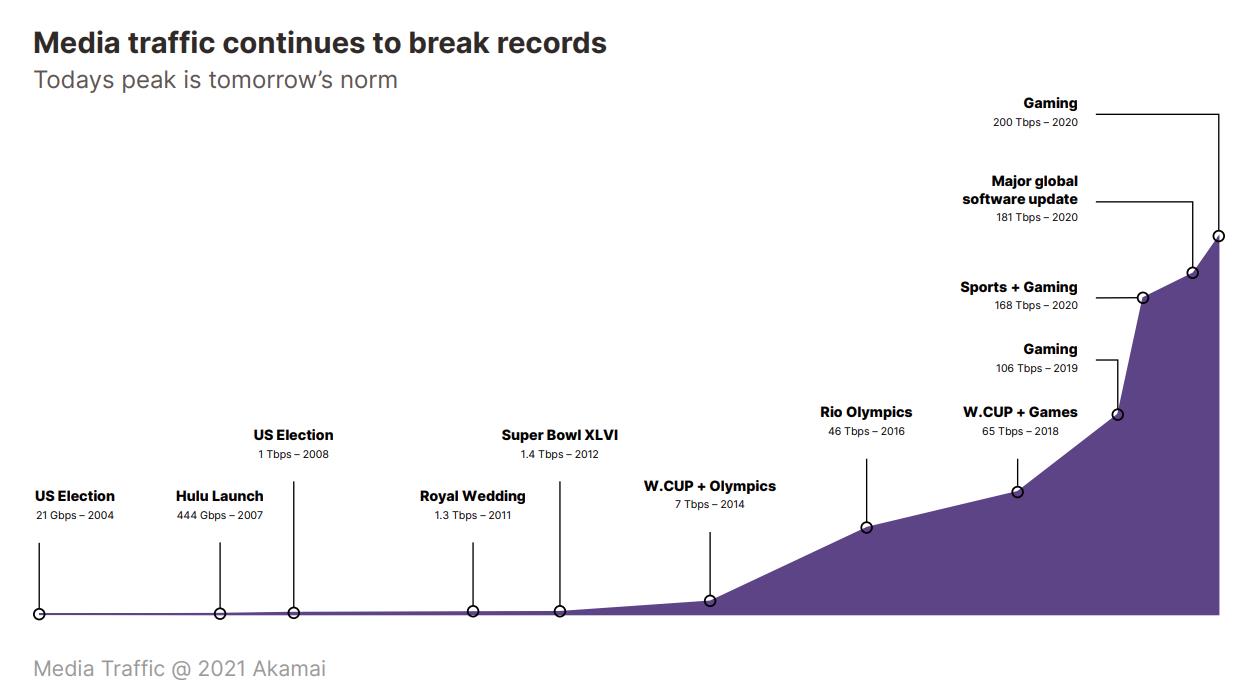 Unity’s Cloud Content Delivery (CCD) uses cloud storage to assign weights for new content that will be sent to players. This can reduce application packages and greatly increase the installation rate, allowing developers to focus on game content rather than package size. Unity’s CCD integrates cloud storage with powerful resource management and reliable content distribution network (CDN) to distribute content as seamlessly as possible for your players. This is a necessary tool for games that frequently release new content.

All CCD customer content is deployed through Akamai’s CDN. The company has industry-leading points of presence (PoP) to ensure the best experience for players.

Planning for content update after release: It is necessary to collect feedback from players

In a recent survey conducted by Unity on all platforms and studios of all sizes, we found that most (90%) developers think that planning content after the game is released is very important. In order to build a successful post-launch content production line, most of the developers surveyed believe that understanding the rhythm and behavior of players is essential, and developers can achieve this in three ways.

First of all, player feedback is critical. Whether through in-game surveys or online chats with players, many developer surveys have confirmed that paying attention to the dynamics of their player communities is crucial to the content planning after the game is released.

Second, using regular content updates to maintain long-term player engagement is a necessary tool for developers. Regardless of whether the content ideas are planned before release, based on player feedback or limited-time activities (such as a game milestone or public holidays), in our survey, many developers believe that continuous content output is between the developers and the players. Created a virtuous circle between.

Third, in addition to monitoring player feedback, many developers are convinced that data analysis plays a key role in planning and implementing post-release content. One respondent pointed out that if players reach the online progress and enjoy their gaming experience, this is a signal to the R&D team that these players need more in-depth content in future content updates.

Another case where data analysis affects the development of game content is that developers found that certain mechanisms can bring benign effects. One interviewee stated that, based on player behavior, they may prefer novice teaching and informal levels to ensure that players understand specific game mechanics before advancing progress.

Focus on content creation, the right tools can get twice the result with half the effort

In order to meet the needs of players and distribute the right content at the right time, game companies need to consider what tools they need to achieve their goals. Establishing a back-end infrastructure to support content development can be a challenge, especially when developers want to focus on content creation.

The studio needs to reasonably arrange resource input for each link of game development. Choosing the right third-party tool can greatly help the team’s development process and development efficiency. According to the survey results, solving this problem as early as possible can bring long-term help.

Similarly, adopting a solution to support existing online games can also help the R&D team refocus and create the right content for players. With the success of the game and the growth of the team, developers need better tools to greatly improve their work efficiency.

A lot of work is that leaders believe that using the right tools and working with the right partners can greatly improve R&D efficiency and bring flexibility that cannot be achieved with internal solutions.

In general, to create a successful game after the release of the content production line can be planned in the early stage of development, and then adjusted based on player feedback and behavior. Continuous new content is a proven method to ensure long-term participation of players. Choosing the right tools and partners can enable game companies to succeed more quickly.