GameLook report/product industry has always been a popular saying, “Treat users as fools.” The implication of course is not really to discriminate against users, but that the game guidance and teaching should be as detailed as possible, and every function should be taught by hand to ensure that players of any educational and cognitive level can understand and use it.

However, with the improvement of players’ aesthetics and taste, fool-style teaching is becoming less and less popular. Even Blizzard, which gathers the best talents in the industry, is often ridiculed for “teaching players to play games”.

If game developers from decades ago could go through, they would be surprised to find that contemporary players not only don’t like to be taught how to play games, but they can always find out how to play games that are the most interesting, and even develop more diversified games than game companies. , Richer and more exciting gameplay. In this case, today we generally call it UGC (player-created content). Game companies have not only accepted the fact that Makers’ creativity is more powerful, but they have also shown their hands and feet in favor of UGC.

Although Blizzard, the industry “idol” in the PC era, failed to understand this, Supercell, the “idol” in the mobile gaming era, knew it well.

HypeHype was founded in 2012, originally named Frogmind, and has developed casual games such as “BADLAND” and “Rumble Stars”.

In 2016, Frogmind was acquired by Supercell for the first time with 51% of the shares. After that, Frogmind learned and realized the importance of the mobile platform. At the same time, he no longer struggled with the success or failure of a single product, but began to ponder the platform. In February of this year, Frogmind launched the UGC game platform “HypeHype”, in order to show its determination to change the company name to the same platform.

Of course, we don’t know whether Supercell inspired Frogmind or Frogmind’s UGC idea attracted Supercell, but Supercell also relies on UGC to make its fortune. For example, Supercell’s famous “Clash of Clans”, every “level” encountered by players during competitions is actually designed by other players, and Supercell has repeatedly stated the importance of community contributions.

Closer to home, “HypeHype” has a built-in intuitive and easy-to-use editor based on HTML5 technology, so it can be compatible with most devices and has a wide audience. The platform has ready-made materials, players can combine and create at will, without any programming foundation. Not only is it to make games, but players can also update and iterate the game, add new content, and even publish animations, emoticons, and so on. 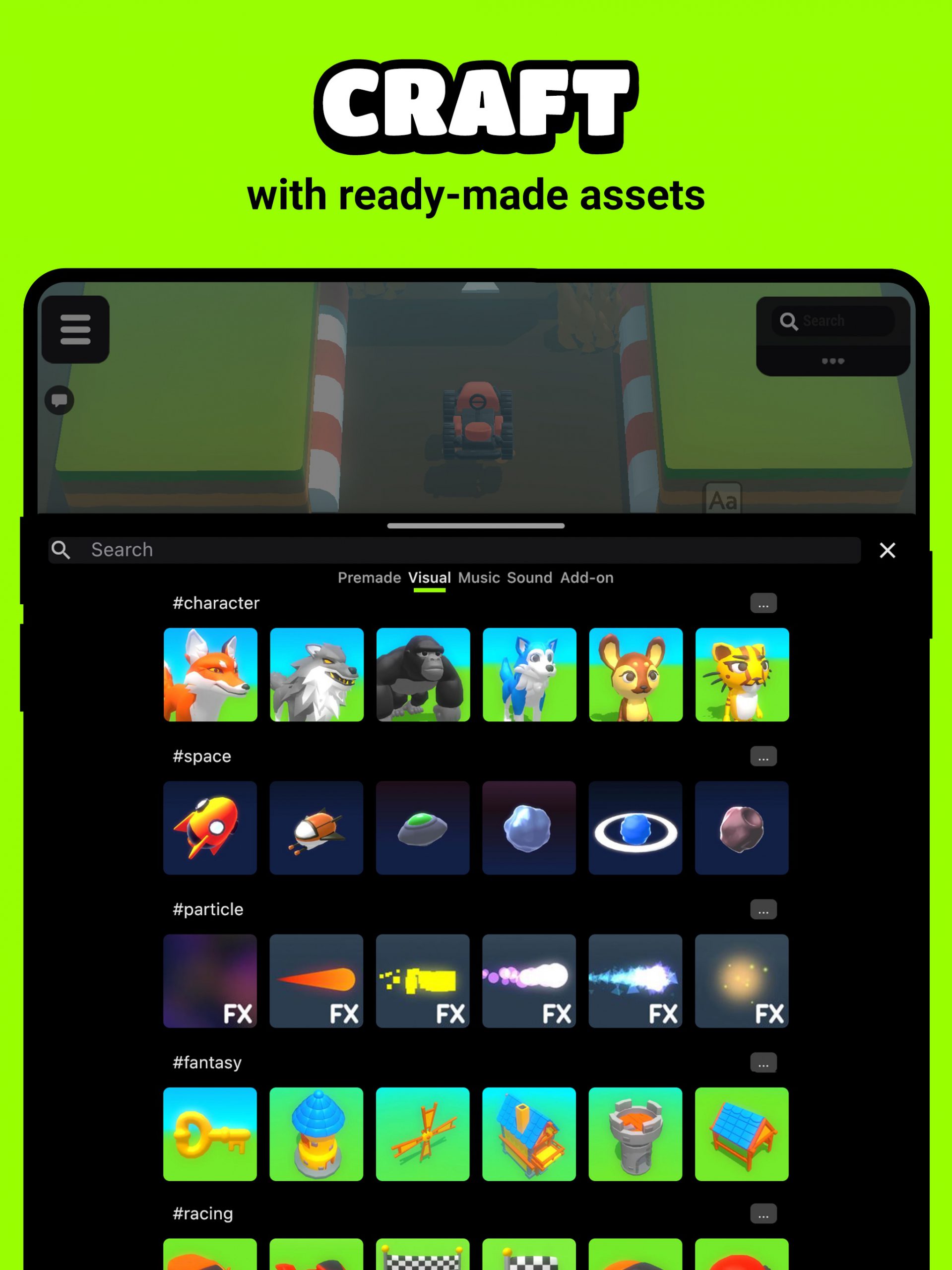 HypeHype has great ambitions. Its marketing director Jarno Kallunki-Mättö said that HypeHype believes that “everyone in this world is a game developer.”

HypeHype’s vision reminds GameLook of the topic of the number of developers. As we all know, the lack of content supply to keep up with the consumption demand of players has always been the industry’s biggest difficulty, and it is also the biggest test in the long-term operation. Although the demographic dividend of the game industry has been exhausted from the perspective of user growth, the number of developers and the number of players are not proportional (million vs. billion), regardless of the individual product or the overall market dimension, the gap in the supply of high-quality content has always been huge.

Even in the most ideal situation, the ratio of the number of developers to players is 1:1 at some point in the future. Since consumption is naturally much faster than production, the state of less content will continue.

The emergence of platform-based games with a well-developed UGC culture successfully broke this content dilemma. For example, in 2020, Microsoft announced that the sales of “Minecraft” exceeded 200 million, and the number of active users reached 131 million. Just when many people think that there will be no one after “Minecraft”, Roblox, a game platform that also uses UGC as its core content, reached 164 million monthly livelihoods in January this year, surpassing “Minecraft” and developing half of the youth in the United States. Become a user. The genius idea of ​​allowing players to produce their own consumption in an inner loop is becoming more and more accepted by people.

The content produced by the players looks wonderful, but there is a big fate-quality.

“HypeHype” developed multiplayer collaboration and planned multiplayer game creation, trying to provide a creative stage for more people. But even if Huabing can create 3A games in the future, like most UGC games, games created by players using the “HypeHype” editor are at most casual games.

According to the official statement, the original intention of creating “HypeHype” was because I saw the ultra-casual games on the market copied and copied, and there is no new idea. However, it is one thing to give advice, and whether “HypeHype” itself can break out of the plagiarism circle is another.

Since testing in the Philippines in February this year, players have created more than 132,000 games on “HypeHype”. With such a large number, it is not easy to control the quality. After all, you must know that the Chinese version of Minecraft, which has a more mature UGC culture and more professional developers, has produced only 80,000 gameplays so far. 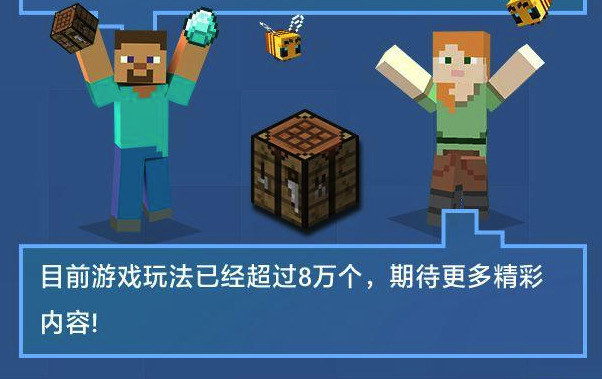 However, unlike sandbox games such as Roblox in Minecraft, HypeHype aggregates a large number of ultra-casual games in product form, which is actually more like a game box familiar to Chinese developers.

The game box runs through multiple eras of stand-alone, page games, and mini games. The advantage is that it eliminates the cumbersome steps for players to search for games. For developers, it plays a role in traffic distribution and low-cost diversion.

In 2018, due to the contradiction between the centralized traffic thinking and the WeChat mini game ecological concept, the game box was banned by WeChat official notice. However, the life of the game box has not come to an end. Instead, a number of game boxes that have become more independent have emerged, such as fast-handed mini-games and ByteDance.

Earlier this month, App Growing stated that Momoyu went online in April this year, and its monthly livelihood has exceeded 9 million in just three months.

Fuck a fish when it was first released in April

Of course, it is more like a box than a sandbox game, and it does not dilute our concerns about the ability of “HypeHype” to provide high-quality content. But there is no denying that, compared with ordinary box products, the most significant difference of “HypeHype” is that it has established a decentralized content ecology, thanks to the more people-friendly “game-making” threshold of “HypeHype”.

To illustrate with perhaps inappropriate but vivid examples, “HypeHype” is like “Minecraft + Touching the Fish”, which combines the advantages of the two in editor and platform design. Players no longer need complicated knowledge and Ability reserve is as simple and convenient as building blocks.

Tik Tok in the gaming world?Everything depends on the content

The light box-based idea is different from many sandbox games. From the very beginning, “HypeHype” supports playing games directly on mobile phones.

This is not the most intimate place of “HypeHype”. Compared to fish, “HypeHype” shows a much stronger “byte style”: “HypeHype” completely uses the vibrato method to create products, the original The game introduction interface has been simplified into a dynamic video on the homepage, and the platform is immediately rushed. Players are interested in playing and playing, don’t you like it? Swipe up to go to the next one.

Yes, after refreshing the video, now you can also “swipe the game”.

Although the video information stream is not the first of Douyin, it does rely on Douyin to achieve global popularity, and the TikTok concentration of “HypeHype” is beyond ordinary people’s imagination. For example, in association with the previous introduction, the editing tools provided by “HypeHype” also support the second creation function for popular games on the platform, which is almost in the same line as the popular video gameplay of Douyin.

Swipe the game=swipe the video, make the game=use filters, not to mention the pixel-level re-engraving of likes, reposts, comments…

This image is processed by “Batch Resize Pictures”. Official website homepage: http://www.arwer.com (Upgrading to professional features will no longer display this information)

“HypeHype” officially admitted to its reference to Douyin: “We have observed that content created in short formats has already taken over the market, such as videos and game videos on TikTok.”

Because of this, “HypeHype” chooses to develop the function of developing games on mobile phones, and regards 2.9 billion players worldwide as both its own users and the developers of platform content.

Of course, the core advantage of Douyin is not the video information flow, but the recommendation algorithm with many faces. At present, the HypeHype company has only 37 people. It is hard to imagine that it can develop a set of algorithms while developing a platform and an editor. Even with algorithms, the functions are probably far less powerful than Douyin.

Therefore, it seems that all problems have returned to the content itself, a good platform, convenient tools, and a product form that is friendly to the people, all of which provide tickets for “HypeHype” to participate in the competition, but can it become a new generation of UGC explosions? , Or the Douyin in the game industry, ultimately depends on the content.

Fortnite Waiting in Queue: Fortnite Chapter 3 Servers Down with Problems