Rest Console update news and countdown for clearing the server

Gamers on PS4 and Xbox One are about to get a major Rust Console update that will make big changes to the base game.

As confirmed by Double Eleven on YouTube and Twitter, this week’s Devastation Unleashed patch will launch after regular server wipes.

This will happen on Thursday, November 25, and plenty of actions are planned for after the rollout is complete.

And since the Rust server clearing usually starts at 7pm GMT, we expect the new update to arrive.

The Tech Tree will be one of the biggest upheavals as it will fundamentally change the way players progress.

After this week’s update, players will unlock items they need most by collecting scrap metal and building a workbench.

Another post from Double Eleven explains: “Players can still research items from the research table like they used to, so there are now multiple progression paths.

“The purpose of adding Tech Trees is to bring the game more in line with the core Rust experience by adding more depth to the system we had so far. This gives everyone more variety in the ways they can play the game! With the addition of the Tech Tree, a Blueprint wipe is required for all servers.” 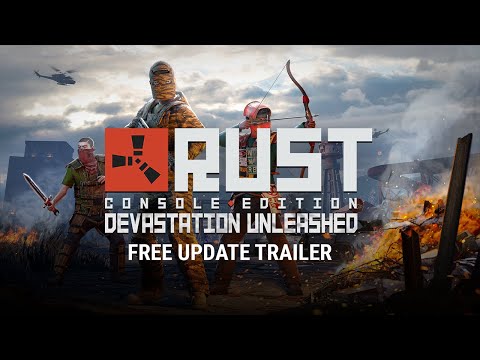 Here are some of the other features planned for the Rust Console Edition update:

Devastation Unleashed also comes with the new ‘Gestures’ feature, which allows players to perform different emotes by opening the radial menu and scrolling through the different options to better express themselves and interact with others in the game. If you see someone at a distance, try to ‘wave’ and see what happens.

PlayStation Plus in December with Godfall, Lego DC Super-Villains and Mortal Shell