GameLook reports/I don’t know if anyone like the author has ever envied Ma Liang, but it’s not entirely because of the positive energy of this character, but more like his magic brush.

It wasn’t until later that I realized my handicap that I realized that even if I had a magic pen, it would not have much effect. And Ma Liang in the fable is probably a famous wife (two-dimensional circle). The honorific title of the painter in the book).

But now it’s 2021. This is an era of technology. Technology is changing the world and making more and more impossible for specific groups of people possible.

On November 22nd, Nvidia also announced in its official website blog that the GauGAN AI behind the official AI drawing demo demo has been upgraded to the second generation. Users only need to use a few words, such as “sunset at a beach”, etc., to generate a relatively realistic photo through AI. And after the photo is generated, the user can even edit the image through text and adjust the composition of the elements in the image. 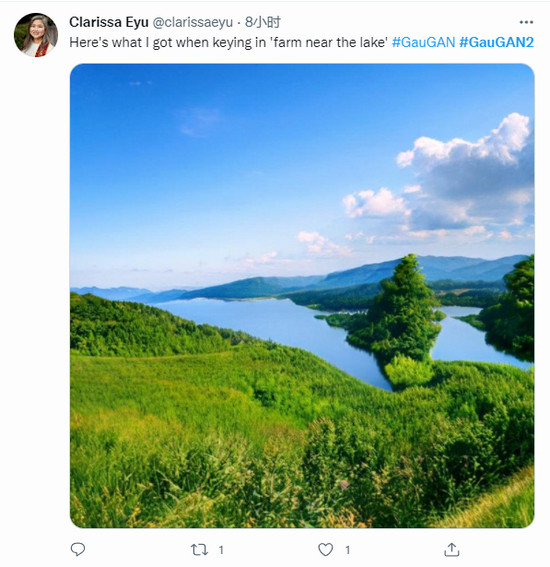 “The lake next to the farm”, produced by GauGAN2

This kind of AI that uses textual description and drawing is obviously a more direct and easy-to-use creative tool for many people. But unfortunately, Nvidia’s GauGAN does not seem to have machine learning in terms of two dimensions or characters. The scope of application of AI is still based on real scenes.

﻿However, since there are netizens like the author who have direct demand for the second dimension, there must be big guys in this field to complete the work that NVIDIA has not completed.

After a little understanding, the author also found another GitHub project “VQGAN-CLIP” similar to Nvidia’s GauGAN AI, but it is different from Nvidia’s “text generation photo”, and has obvious limitations. VQGAN-CLIP has obvious limitations on text There are not too many requirements for the content, and the generated is not photos, but more like oil paintings, but correspondingly, VQGAN-CLIP also appears to be more “artistic” in terms of the accuracy of the screen content. The above picture shows the author using “A boy playing video game in chrismas eve” as the key word. On the Hugging Face page of VQGAN-CLIP, the AI ​​”iterates” 200 times (left ) And 500 times (the figure on the right, 500 times is also the upper limit of the online server iteration). In the 500 times of the picture, the Christmas tree, the living room layout, TV, games and other elements have basically taken shape.

And because Nvidia’s GauGAN AI can’t generate characters, the same keyword in Nvidia’s Deno only gets a picture of nothingness in space. 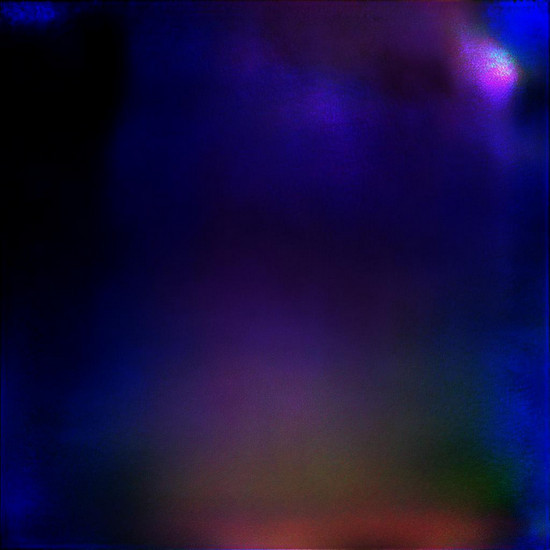 However, the online generation method I tried is obviously not enough to give full play to the full strength of VQGAN-CLIP. On the GitHub interface of the project, some users shared their results of using the tool locally, except for the machine performance AI without restrictions. , The picture effect claimed by VQGAN-CLI is naturally much better. 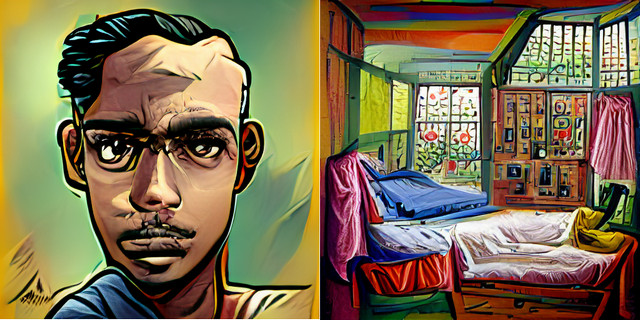 However, for many people, the results of VQGAN-CLI may be “too artistic”. Just two days before NVIDIA posted a post, it rushed to the forefront of the GitHub trend list with a “two-dimensional project” called “AnimeGAN2”. May be more in line with the appetite of ordinary users. Although the effect of the entire project looks very similar to the popular animation filters on Douyin some time ago, in terms of quality and handling of complex scenes, AnimeGAN2 is definitely much more advanced.

And under the influence of a group of bloggers on Twitter to post related topics, the popularity of the entire project remained high. The Hugging Face page of the project even exceeded thousands of people in line at one time. 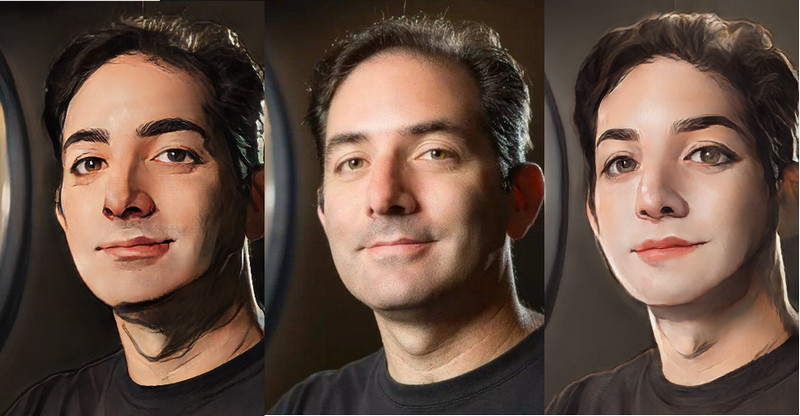 The above picture is the application effect of AnimeGAN2 on the picture. At present, the Hugging Face page of the tool has preset two styles for picture conversion.

However, like VQGAN-CLI, the author’s online attempt may not be able to fully utilize the effect of the tool due to the website server and other reasons. The following image is from the GitHub project “animegan2-pytorch”. 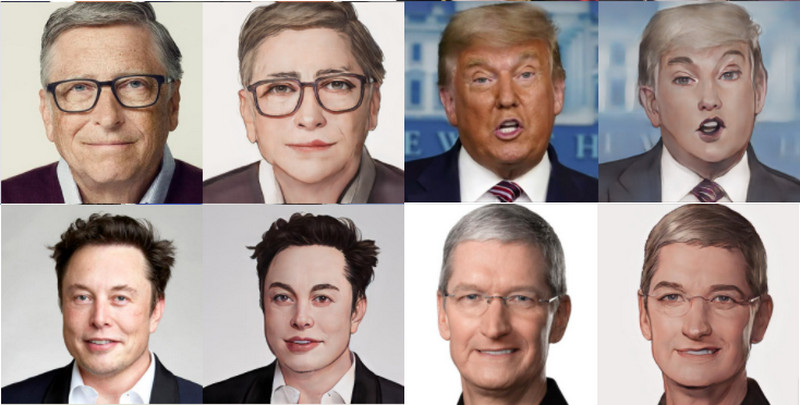 Judging from the results, AnimeGAN2 can already reach the business level of many “charging two-dimensional avatars for a fee” in many Weibo and QQ spaces. Of course, the application of AnimeGAN2 is not only limited to the form of pictures, on the official GitHub page, there is even an attempt by AnimeGAN2 on videos.

﻿Although in terms of the performance in AnimeGAN2 video, it is difficult to say that it has transformed live-action movies into animation movies, and in some airspaces, it is more like a kind of strange color filter, but this is only the second generation, and the future of AnimeGAN The potential is unpredictable.

In fact, at the beginning of this year, GameLook reported that the CryPko team under the Japanese technology company Preferred Networks (hereinafter referred to as PFN) developed a set of AI painting technology for “automatically generating a second-generation wife”. Users simply adjust the parameters and CryPko can You can give birth to a picture-level character image. On top of the GAN technology, Nvidia and the original authors of AnimeGAN from Hubei University of Technology have added more complex systems to achieve semantic recognition, stylization and other functions.

And AnimeGAN combines Neural Style Transfer and GAN, and in the second version of AnimeGAN, the team also used LN (layer normalization) instead of IN (Instance normalization) to prevent high-frequency artifacts in the generated images. .

Image source of the network structure of AnimeGANv2 generator: GitHub

NVIDIA’s GauGAN-based application “NVIDIA Canvas” has been officially launched for free public beta as early as June this year. Using dozens of preset materials and styles in the application, users only need to draw simple lines, and AI will be automatically generated. Complicated scenes, even the basic light and shadow effects will change with the user’s adjustments. There will be reflections of nearby elements in the pond, and snowflakes will be added to the screen, and the whole scene will come to winter. 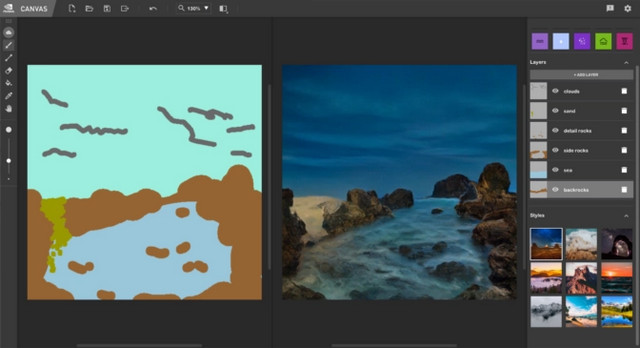 Although AnimeGAN is currently not commercially available, from some players’ sharing, the author has seen the use of this technology in games.

The realistic style of AnimeGAN reminded Gamelook of the characters in games such as “Outer World” and “GTA” at the beginning. In my opinion, only a simple post-processing is needed to become the cover of “GTA6”. 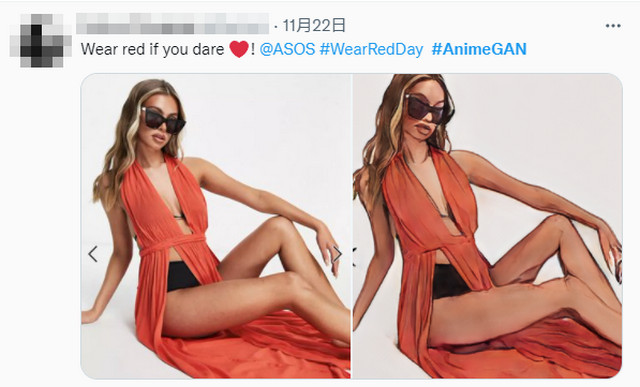 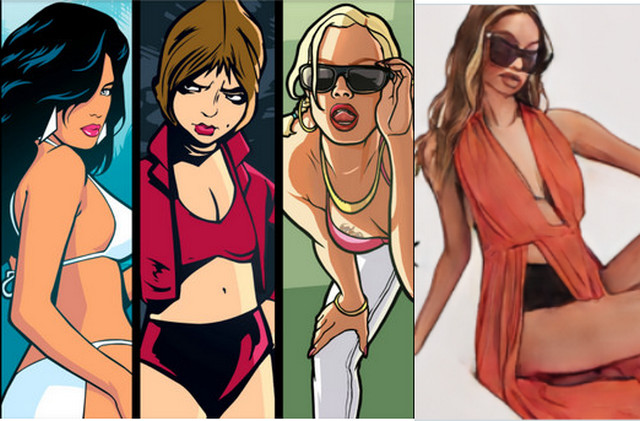 For ordinary netizens or professional content creators, AI, which provides entertainment and auxiliary means, will definitely shine in the future of games and even meta-universe.

Not long ago, GameLook reported that the popularity of the meta-universe concept has caused major companies to compete for art practitioners. The reason behind it is also very simple, because art practitioners will be in the virtual world for a long time in the future. One of the core constructors. Even if you look at it now, in the wave of high-quality games, players’ requirements for game graphics directly determine the irreplaceability of excellent artists.

But to give a simple example, as the pinnacle of domestic mobile game art, some planners have disclosed that the price of a single art person in the company’s art per day is usually several hundred to two thousand. Today, this expenditure will only be higher. . Although GameLook has repeatedly emphasized that AI cannot replace humans in art and other types of work, AI is necessary as a human assistance under the overall background of imbalanced supply and demand of art talents and high prices.

For example, the original scenes. In the two days since the new version of GauGAN was launched, the artist Andy Crooper has used this tool to make good “photos” with the feeling of Silent Hill, even if these pictures still cannot reach the original scenes of the game. However, Andy Crooper also saw the plasticity of this tool under the operation of professionals for ordinary netizens. 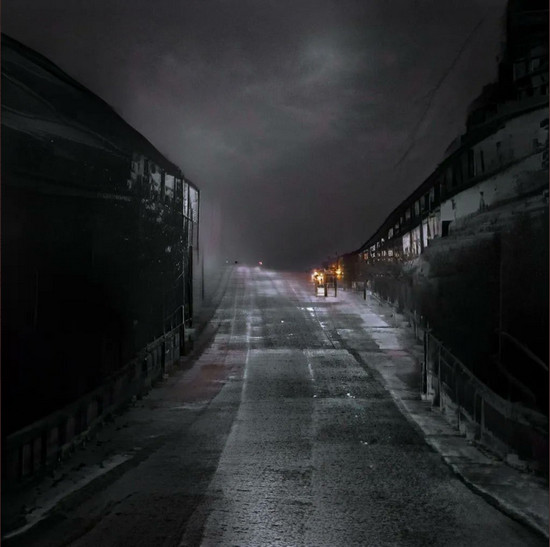 As for AnimeGAN’s more realistic style of AI, in addition to allowing netizens to pay for the beauty camera after the technology matures, it can also be used in the animation industry. Like some Japanese comics, 1:1 restores the real scene. come out.

However, on this basis, GameLook believes that the more suitable field will be the virtual avatar in the meta-universe, which is different from the pinched faces in various games or the simple and crude avatars of Roblox. The characters generated by AnimeGAN are beautiful enough. At the same time, it is real enough.

As a future that may not be completely separated from reality, this kind of virtual avatar that has a good balance between reality and beauty may be more popular with players than all handsome men and women. After all, the virtual avatar described in the meta universe In the era when the boundary with reality is blurred, the direct effect of the gap is too large that the player loses immersion.

What’s more, when everyone is Daniel Wu, no one is satisfied with Daniel Wu.

Although the creativity of the picture comes from the artist’s personal will, the most valuable part of the art works is still the emotions and thoughts integrated therein, but the human resources must have an upper limit. In the large-scale construction of the meta-universe, accompanied by As the demand for art grows, the cost will also be higher than the sky. Now is the time for AI to come out.

Although AI cannot solve some fundamental problems, at least it will be a good helper for professionals. However, under the influence of AI, the art of art will definitely be beneficial to practitioners who are at the lowest level in terms of technology and professionalism. , To start a big elimination.

Bandai Namco specifically asks you which series remaster you would like

Revenue tripled in 3 years and DAU reached 50 million. How did this casual game company survive for 20 years?