Lilith also went to the sea to do the second dimension, the first test of the self-developed new science fiction game “Apocalypse of Eden”, what does it look like?

GameLook report/For two-dimensional mobile game lovers, the current game market is undoubtedly their golden age. From the leading manufacturers to the independent teams, all actively participate in this invisible scroll, and the result of the scroll is one after another explosion that makes players love it.

Now, another heavyweight name has joined the battle of the two-dimensional explosion.

Promotional video“White” gives a sense of transparency, this piece of Eden is not too cold

Like many players’ comments before the test, the first thing I was attracted by this game was its top art level. Although the doomsday science fiction theme is not lacking in the market, the art style of “Apocalypse of Eden” is still very impressive with just a promotional image-except for the flying skirt corners and sharp blades, the picture is in the middle. A few cats of’s in order to weaken the gloomy feeling, but also bring a touch of liveliness and agility, sexy, cold and cute, three completely different styles are intertwined, but also make this group of “killers” look not too cold. 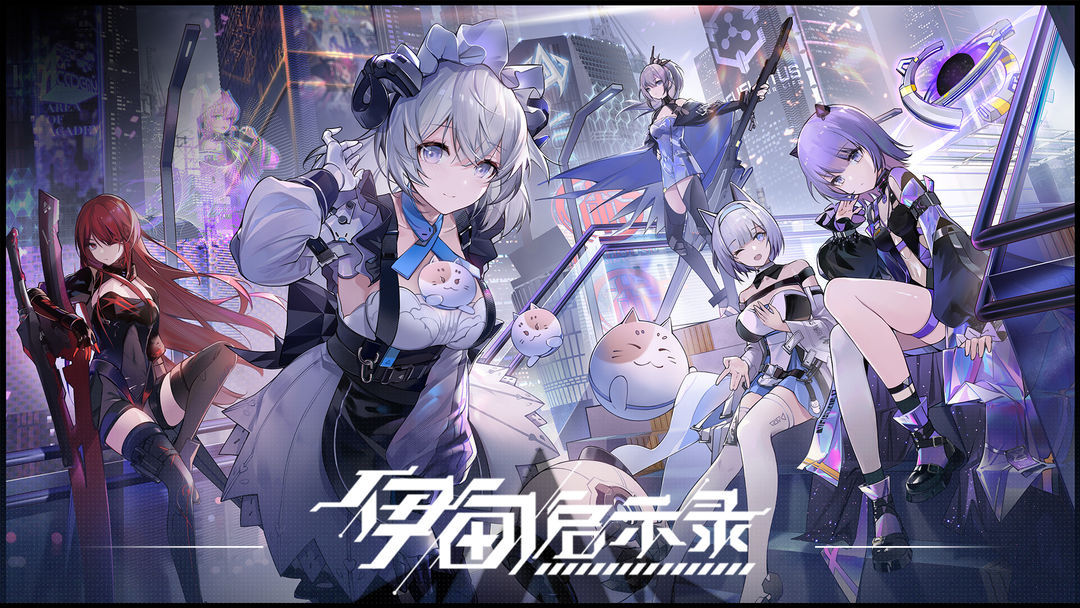 When you really enter the game, the perception of this art style is even stronger. Unlike most games of the same theme, which are mainly black or gray, the first impression of “Apocalypse of Eden” is “white”. The extensive use of white elements creates a special “transparency”, sweeping away the suppression of the doomsday theme. In addition to the basic combination of black and white on a white background, the vibrant orange is chosen for the highlight part of the UI, which is warmer and brighter than the common “tech blue”.

In terms of character drawing, which is more concerned by two-dimensional players, “Apocalypse of Eden” will naturally not disappoint. The 2D vertical painting in the game has the same exquisite and distinctive art style as the promotional image, and both male and female characters maintain a relatively unified design language. Each character has more or less unique symbols. For example, the character of Kuluoya is full of the “cat” elements mentioned above from the lines to the paintings.

And when 2D vertical painting becomes 3D modeling, “Apocalypse of Eden” also continues this transparent and clean art style. Whether it is color use or light effect processing, it follows the principle of “just enough” to avoid giving players Cause too strong visual impact. The reflection on the ground that changes with the actions of the characters reminds you not to show off your skills at all times, and the production team has not lowered the standard of polishing details.

Another detail is the non-linear transition animation when switching tabs. The fast and slow rhythm changes make the overall visual experience very smooth and smooth.

In general, the art style and visual presentation of “Apocalypse of Eden” belong to the current leaders in the two-dimensional mobile game. However, this game does not rely on “face value” for food, and the production team also knows that if you want to truly retain the hearts of the two-dimensional players, you must rely on “talent”.

In the official introduction on the Tap Tap page, the plot was even put first by the production team-“”Apocalypse of Eden” is a sci-fi 3D turn-based game with in-depth plot.”

Originally, the author thought that the “deep storyline” was just a gimmick, but after only less than half an hour of first experience, I deeply felt the importance of this game to the storyline.

The story of “Apocalypse of Eden” takes place in a near-future continent called “Rodinia”. The discovery of a special substance called “Star Fog” ushered in a technological leap. Like many similar science fiction stories, technological leaps will naturally ignite human greed. In the end, a devastating dispute about the “star fog” directly led to the destruction of 90% of humanity, and the survivors gathered in “Nora”. The last city. Of course, desires and interests are still hidden in Nora. The protagonist and many of his companions are involved in disputes closely related to the future of mankind in a tiny identities. Discovering the truth about the city of Nora and writing about the future of mankind will be The main mission of the player. In order to create a sense of immersion in the plot, there is no novice tutorial or system guidance at the beginning of the game, but directly from a period of fierce battle encountered by the protagonist. In the course of the plot advancement, past memories will be interspersed from time to time to explain the protagonist’s current behavior motivation or the background setting of the game. In addition to the ingenuity in the plot layout, the presentation of the plot also reflects the meaning of “deep plot”.

The main plot of most two-dimensional mobile games uses a short interpretation before and after the battle level, but in “Apocalypse of Eden”, the plot animation is separately extracted as a sub-chapter, independent of the battle level. . More importantly, the main storyline has been dubbed throughout. The joining of a number of top Japanese voice actors, including Matsuoka Tsuijo and Horie Yui, has greatly improved the viewing experience of the story. Therefore, even though it was the first test, the production team paid attention to the audio-visual experience, which made the test package volume reach 1.62GB.

Contrary to the “deep story”, the battle system of “Apocalypse of Eden” chooses a turn-based card that is easier for the “story party” to use.

Each character has three different command cards, one of which is the ultimate command (big move), and identical command cards can be combined into advanced command cards. In each battle, players can send three characters into the battle at the same time, each round can choose three command cards, and specify different attack targets for different characters in the battle. As the game progresses, players will be able to unlock functions such as double-speed playback, automatic combat, etc., to speed up the rhythm of the game.

On the whole, the relevant numerical mechanism of “Apocalypse of Eden” uses a more mature turn-based card model that has been repeatedly tested by the market, and it is also Lilith’s housekeeping skill. From physical strength to development, to tokens and battles, players who often play two-dimensional card games can easily get started, which is also conducive to players to advance and appreciate the plot faster.

Turn-based system is common?Good products never go out of style

As a semi-senior two-dimensional card game player, during the trial, GameLook felt the excellent quality of “Apocalypse of Eden” while also thinking about Lilith, who has a special liking for card games. Whether to let the two-dimensional players really accept this product. Judging from the player reviews of Tap Tap, there are two completely different views on this game.

Players in one group are tired of the turn-based gameplay because they pay more attention to gameplay when evaluating the game; the other group of players have given this game more out of their love for card games and recognition of the quality of the game. good review. At the same time, the author also noticed that although “Apocalypse of Eden” focuses on in-depth plots, many test players commented that they habitually skipped the plot, which is really “Chinese characteristics”.

In fact, for players skipping the game plot, Nasu Mushroom has previously stated that even for the two-dimensional card game “FGO”, which is famous for its excellent plot, half of the players do not watch the plot (three drops of sweat), but This will not cause “FGO” to give up its pursuit of plot quality.

It’s worth noting that although the phenomenon of story-jumping is also very common in Japan, in the two-dimensional mobile game market in Japan, GameLook previously reported that the 3D two-dimensional card game developed by Bandai Namco “About Me Reincarnated” “The Story of Slime: The Founding of the Demon King and the Dragon” is still in the top ten best-selling list, and the same type of game “Seven Deadly Sins ~ The Battle of Light and Dark~” launched by South Korean Netmarble earlier has also won Achieved quite eye-catching market results. Facts have proved that the two-dimensional turn-based card game with outstanding plot + art still has enough market space and a large number of loyal fans. 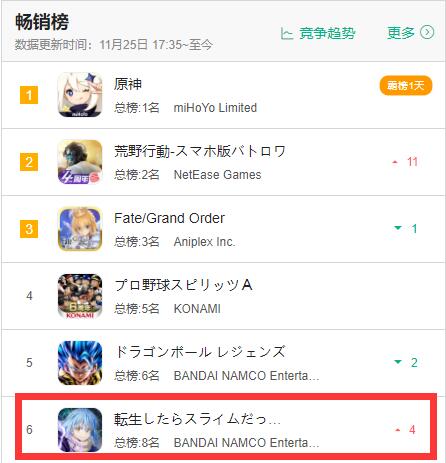 And judging from the first test, that is, the installation of Japanese dubbing, Lilith, who has always been good at overseas game operations, is naturally not limited to making a big bet in the domestic market, “Rebirth Slime”, The success of “The Seven Deadly Sins” and the enduring prosperity of “FGO” make the Japanese market, which has a higher acceptance of turn-based card games, most likely to become an important battlefield for “Apocalypse of Eden” in the future. 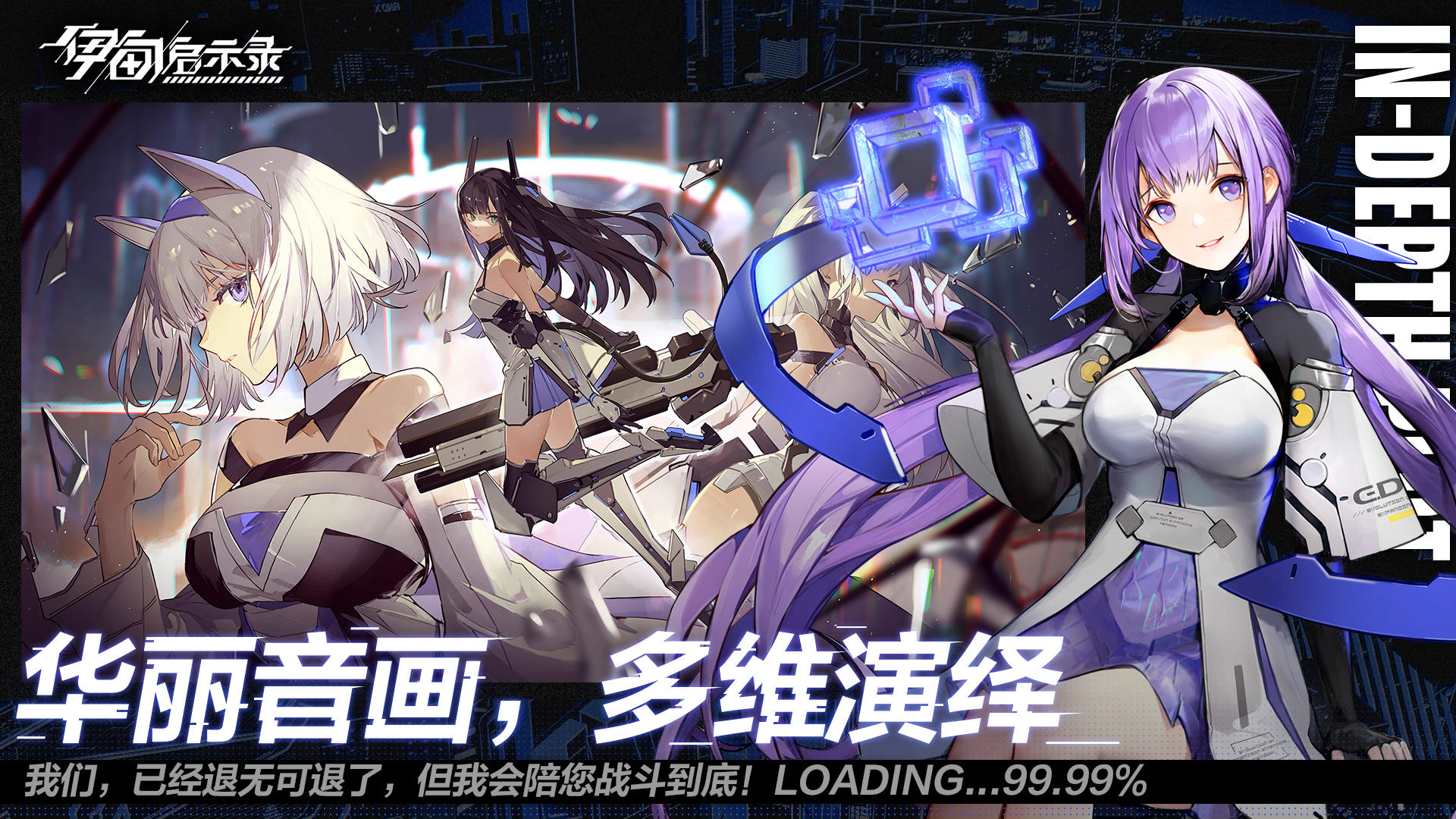 However, unlike the above three games, “Apocalypse of Eden” is an original IP work, which also means that players will put forward higher requirements for its plot creation and artistic performance. Of course, for Lilith, who has always been good at making breakthroughs in card RPG, she has enough confidence and financial resources to polish the “Apocalypse of Eden” more refined.

As early as May of this year, Lilith had a small-scale closed test of a 3D card game called “Dislyte” in overseas markets. At that time, many players gave a high evaluation of the “host-level experience”. In contrast, “Apocalypse of Eden” has reached a higher level in terms of game size and technical difficulty, and has the potential to be higher and lower in quality with the market 3D two-dimensional games.

GameLook believes that the two-dimensional circuit that has fully entered the era of 3D boutiques, the turn-based card game with a large group of players is still the most mainstream type of gameplay. Lilith, who is best at playing new tricks in the card category, has launched the second dimension market for the first time. Can “Apocalypse of Eden” achieve corresponding results? Wait and see.