Sensor Tower store intelligence data shows that in the past 12 months, American players’ payment for strategic mobile games has increased by 23.5% to 4.2 billion US dollars.

Sensor Tower’s game classification and store intelligence tools divide games into genres to help game developers efficiently identify the latest market trends. Through these two tools, we analyzed the market performance of strategic mobile games in the United States in the past year, as well as insights into 7 strategic mobile game sub-categories, and identified the sub-categories with the highest paid and downloaded volumes.

From November 2020 to October 2021, the strategic mobile game with the highest revenue in the U.S. market is the SLG mobile game “Kingdom Era” under IGG, with a total revenue of US$330 million. Ranked second is the Supercell construction and combat strategy mobile game “Clash of Clans”, and FunPlus’s SLG mobile game “State of Survival” ranked third. 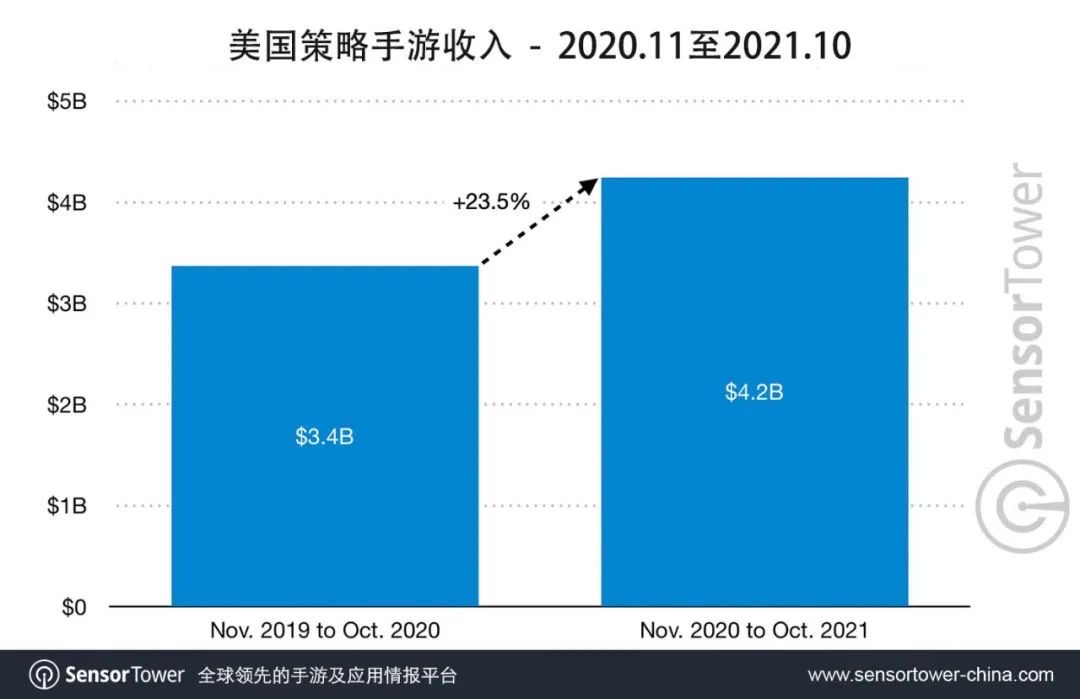 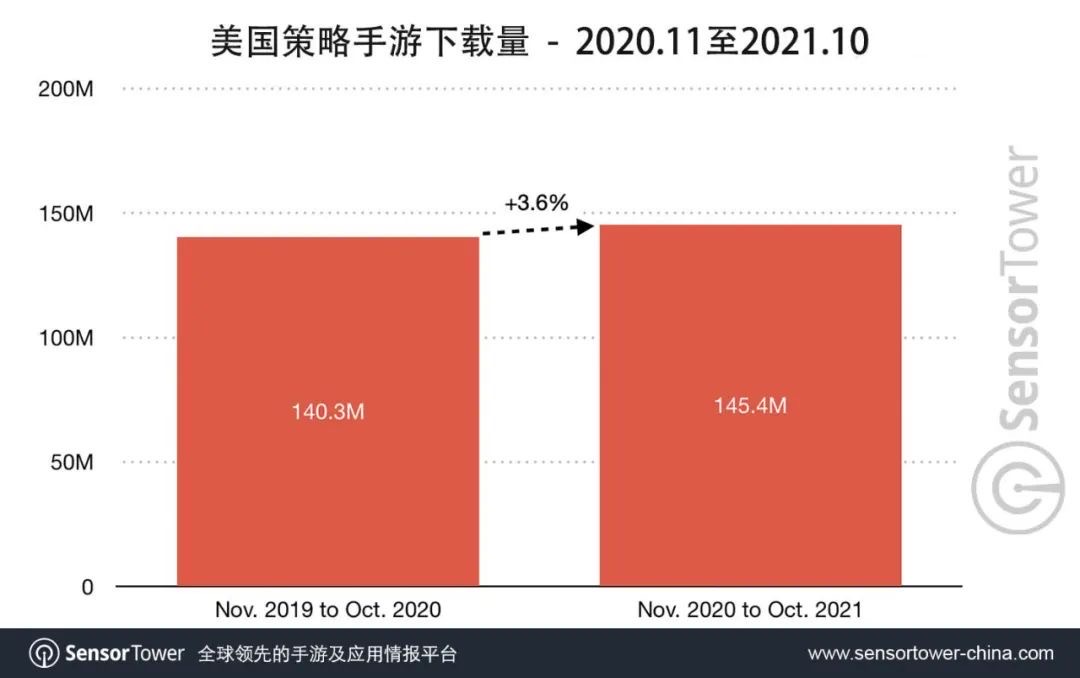 At the same time, the 4X strategy mobile game is also the number one subcategory in downloads, with 53.3 million downloads throughout the year. The subcategory with the fastest growth in downloads is MOBA, which increased by 133.3% year-on-year to 19.4 million.

Judging from the indicator of average payment per download, the 4X strategy mobile game once again leads the way, reaching $54. The construction and battle sub-category ranked second, and the empire simulation ranked third. (Note: This indicator does not use cumulative downloads, and is only calculated based on income and downloads in the past year.) 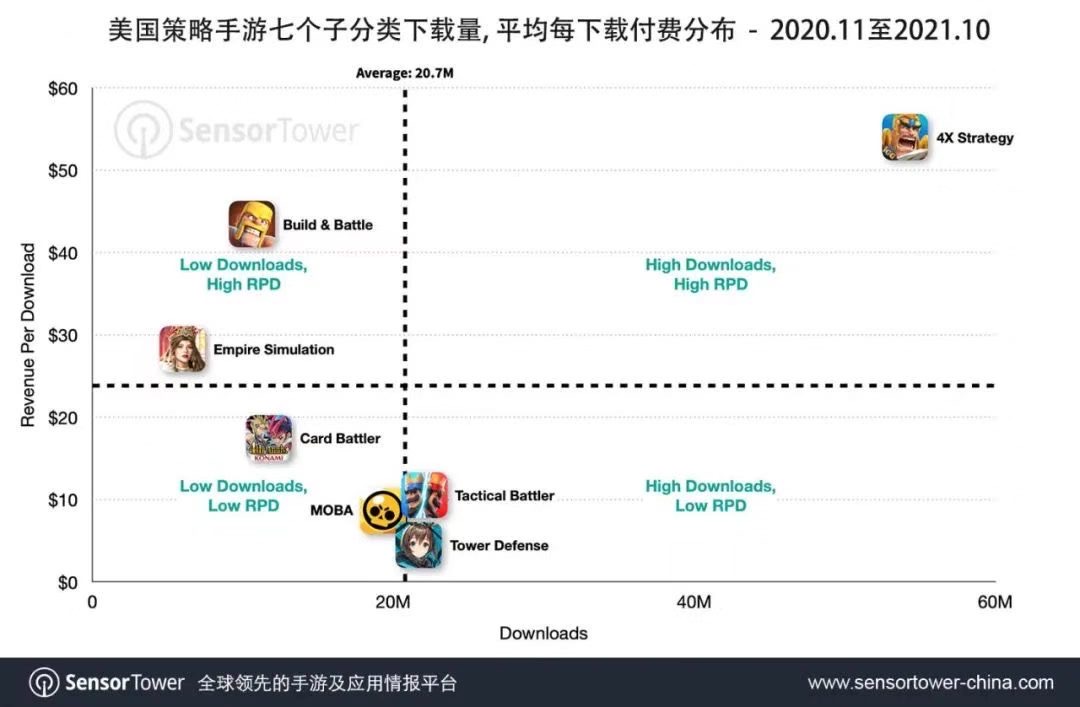 However, with the launch of “Pokémon Unite” and the fist game “League of Legends Mobile Games”, the popularity of MOBA mobile games in the United States has increased significantly, and it has become the fastest growing subcategory of strategic mobile games in downloads. Except for the imperial simulation sub-category, which increased by 42% year-on-year, downloads of other strategic mobile game sub-categories have declined in the past year compared to the surge in downloads at the beginning of the outbreak.

One trailer each introduces the battle system and photo mode