UPDATE: Epic Games has revealed more about the plans for tonight’s end-of-season event.

According to Epic Games, Creative, Save the World, Custom matches and Party Royale will be taken offline at 7pm GMT.

Competitive playlists will be disabled one hour later at 8pm GMT. Fans can log in to the playlist ‘The End’ from 8.30 pm Dutch time.

ORIGINAL: Fortnite developer Epic Games has warned players to log in early before the end of today’s seasonal event.

Titled ‘The End’, the End of Season 8 event heralds the beginning of Chapter 3, complete with a new map, Battle Pass, skins and much more.

The end-of-season event kicks off at 9 PM UK time on December 4, although you’ll need to log in early to guarantee your seat.

Indeed, Epic Games has warned players to join the game early. This is because servers are likely to be extremely busy and can fill up.

To be sure of a seat before the end of the season event, you must log in at 8.30pm GMT UK time.

Better yet, you can play the end-of-season event in parties of up to 16 people, meaning you can enjoy ‘The End’ with all your friends.

It is extremely important that you follow the advice of Epic Games as this is a one time event that will not be repeated.

And what an event it will be! According to the latest reports, ‘The End’ lasts no less than 15 minutes.

This makes it the longest and most epic Fortnite Battle Royale live event of all time.

During the event, players will team up to fight the Cube Queen, who will gain destructive powers from the pyramid.

There are rumors that players can use old-school weapons to take on a huge boss.

The mysterious fortress that has surfaced in recent weeks also likely plays a part in the event.

As you can see in the teaser trailer below, it looks like the entire island will be turned upside down, potentially revealing a new map. 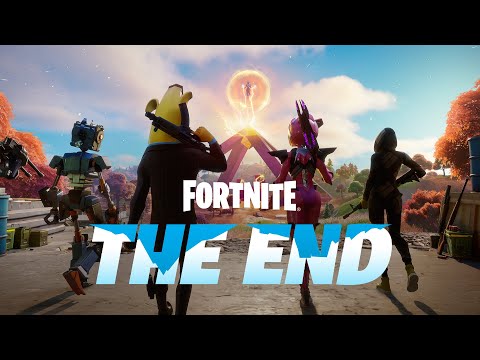 The recently released teaser trailer ends with a massive tidal wave sweeping our heroes away. Maybe they wash up on a new island for Chapter 3.

Speaking of chapter 3, it looks like Dwayne ‘The Rock’ Johnson will also be making an appearance in Fortnite.

The Rock has been associated with the role of The Foundation, one of the key players in a storyline group known as The Seven.

In a recent promotional video for his energy drink brand, Johnson dropped several hints that he would be appearing as The Foundation.

Kirby and the Forgotten Land the start date has been set

Xbox News: 10 Survival Tips to Keep You Alive in The Anacrusis (Game Preview)