The number of reservations is as high as 1.4 million. What kind of ambitions are buried in this next-generation 3A TPS mobile game?

GameLook report/Recently, TapTap released the 2021 annual report, reviewing and summarizing the important data in the platform this year.

In the list, GameLook found a company that is both familiar and unfamiliar to the gaming circle: Giant.

For example, in the annual reservation trend list, in addition to heavyweight IP products such as “League of Legends Mobile Games” and “PUBG: New State”, the giant’s new work “Osiris Ring” has 1.4 million+ reservations from many products. Stand out and squeeze into the Top5, and at the same time, the game has become one of TapTap players’ preferences, with obvious differentiation, stylization, and new themes. It has appeared on the list twice, which is enough to show that TapTap players love this game.

Speaking of giants, perhaps the first impression of players and colleagues is “Journey”, “Xianxia World”, or “Ball Battle”, but now, our perception of giants may have to change.

Changing nature starts from the content and form of the product.

On the whole, “Ring of Osiri” can be said to be a very “giant” product, showing a completely different form compared to the past MMO and other categories. Even in the entire mobile game market, to some extent, it is a very special product.

Specifically, “Ring of Osiris” can basically be said to be a 3A-level mobile game product built with console game design ideas.

For example, at the screen level, “Ring of Osiri” focuses on 3A high-quality graphics. The current quality can definitely rank first among the domestic products. Even when it was just tested, due to the game’s impact on mobile phone configuration It is demanding and was once ridiculed by players as a “performance harvester”.

It is understood that “Ring of Osiri” is developed by UE4 and has achieved many breakthroughs in technology. It has realized features such as Forward+ Cluster Render, Mini GTAO, etc., aiming to bring the rendering effect of the game closer to the PC to achieve the next generation of hands. The height of the tour.

In terms of themes, “Ring of Osiri” adopts the apocalyptic super-realistic style, based on the keywords “struggle”, “conspiracy”, “freedom”, and “control”. The scenes in the game and even the details of the guns are all Highly realistic, it is not difficult to see the giant’s global ambitions.

In the game, players can play different roles to fight, and most of each character has a unique personality, and is meticulously portrayed and shaped. In other words, the character design not only serves the plot to help players sort out the world view of the game, but also complements the positioning and gameplay of the characters.

On top of this, a multiplayer cooperation mode is introduced in the game, allowing players to form teams, enriching the playability of the game, such as cooperation between players, team planning, tactical planning, etc., to strengthen the strategy of the game.

According to the official introduction, the game is not designed to be a development world type, but is based on medium-sized maps and uses level shooting. The levels in the game have been carefully designed, carefully laid out and repeatedly verified. In the levels, the game will also combine narrative and gameplay to further enrich the player’s experience.

It is also because of its excellent quality and differentiated gameplay that “Ring of Osiri” has gained a large number of fans on the TapTap platform. The game still maintains a high score of 8.7, which is evident in its quality.

From the next generation to the second dimension, giants are more than MMOs

Looking back at the giant’s actions in recent years, in fact, the giant who “impressed” only “Journey” is gradually disappearing, and replaced by a younger and more innovative giant.

After “Battle of the Ball” became popular in 2015, the giant released Tick Studio’s “Night of the Full Moon” and Tipsworks’ “Pascal Contract”, both of which gained both reputation and sales.

Even on the “Zhengtu” IP, the giant did not stick to stereotypes. Based on the three dimensions of guarding, penetration, and expanding, the giants organized a series of activities such as filming, e-sports, and carnivals.

And this year, “Ring of Osiri” is undoubtedly the giant’s number one product. When it was officially announced, the giant actually announced two products, “Dragon and the End of the World” and “Our Party”.

Among them, “Dragon and the End of the World” is a 3D two-dimensional placement game. Although the core gameplay of the game is placement, the giant is not stingy on the screen. The character drawing and exquisite graphics have won many players’ attention. Recognized.

Coupled with the game’s main “emotional fetters”, the giant has recruited many professionals to polish the game’s worldview and personality. At the same time, it has also found the original publisher of “The Endless Ullara” as the producer. 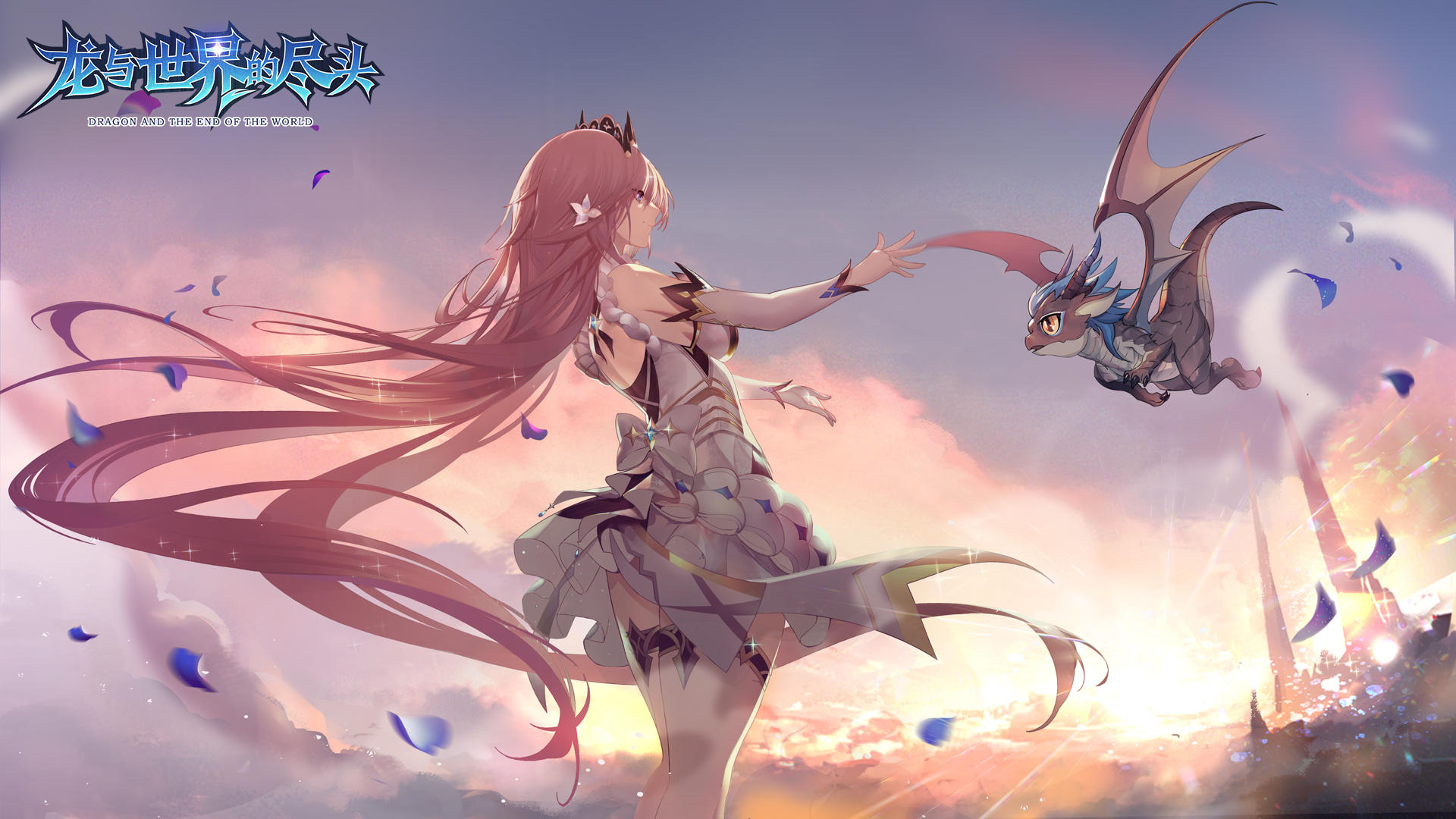 And “Our Party” is a UGC-based product. Players can create a variety of different gameplay through the in-game editor. In theory, as long as a good player ecology is created, the future game will have a long time. Long life and unlimited possibilities.

It is reported that the game “Our Party” has been tested in the Southeast Asian market in December this year, and it has dominated the Google Play free list in some countries and regions for nearly a week. 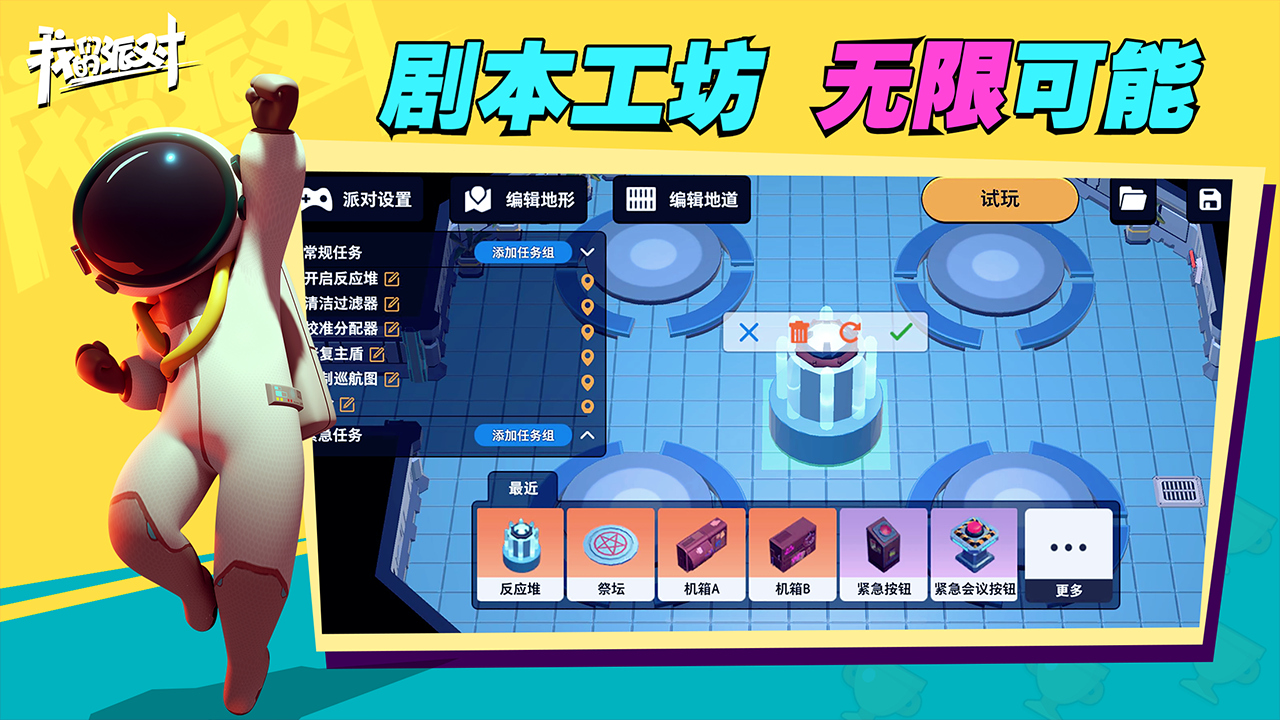 In addition to these games, in fact, this year the giant also has a self-developed “Walnut Diary” handed over to Tencent for distribution. The game is expanded with Nanase Walnut, which has developed from an emoji pack to a virtual idol, and obviously this is also a seemingly unfamiliar one. So the “Giant” product.

It can be found that whether it is next-generation, two-dimensional or UGC, it can be said that it is the hottest track in the current game circle, and the giants are actually prepared.

After all, what has surfaced is just the tip of the iceberg, and facing the future, the giant has not stopped its pace, and actively lays out the current and even the future.

For example, in May of this year, the giant invested in the adventurer tavern, the development team of the independent game “Electric Street Coffee Shop”, and jointly established a new company, Shanghai Dola Gong. In October, the giant acquired 72.81% of the equity of Taomi Group held by Orient Securities Ruibo in an all-cash manner. The latter was the developer of “Moore Manor” which was a smash hit this year.

In the investor interaction platform, the giant stated that the meta-universe game is determined as one of the long-term layout directions, and will uphold a prudent and pragmatic attitude, not blindly invest, not follow the trend of speculation, and take the player’s needs and experience as the fundamental starting point, and patiently explore Development path, actively reserve talents and technology, and steadily promote product research and development.

As a veteran manufacturer that has created games such as “Zhengtu” and “Xianxia World”, the giant’s past achievements are not unsightly, but it does not lie on the transcript of past products, but embraces the next generation and embraces youthfulness. , A change is taking place from the inside out.

In May of this year, Giant CEO Wu Meng blasted the Internet in a long article in which Wu Meng summarized the problems encountered by Giants in the past few years and their vision for the future.

In the article, Wu Meng’s description of the company’s lack of “focus” impressed GameLook very deeply. He said: “In the past seventeen years, Giant has invested almost 10 billion yuan, but only two products, Zhengtu and Qiqiu, have been released. The key is that these two products didn’t cost the company any resources, which means that the 10 billion is basically a waste.”

Therefore, Wu Meng believes: “No company has ever died of focusing, but greed. The essence of business is focusing, and we must believe in the value of focusing.”

From this perspective, it is clear that “Ring of Osiri” is an iconic highly focused product. It should correspond to the “next-generation level” project developed by UE4 in 2018 that the giant disclosed previously. It is reported that it took two or three years for this product to settle from the producer to the team. Don’t have people in the channel that you love, senior and above talents account for a very high proportion, and most of them have 3A research and development experience in Europe and America, and are familiar with the development process. Ubisoft Shanghai Studio has participated in the development of 3A products such as “Far Cry” and has 15 years of experience in the development of console games. 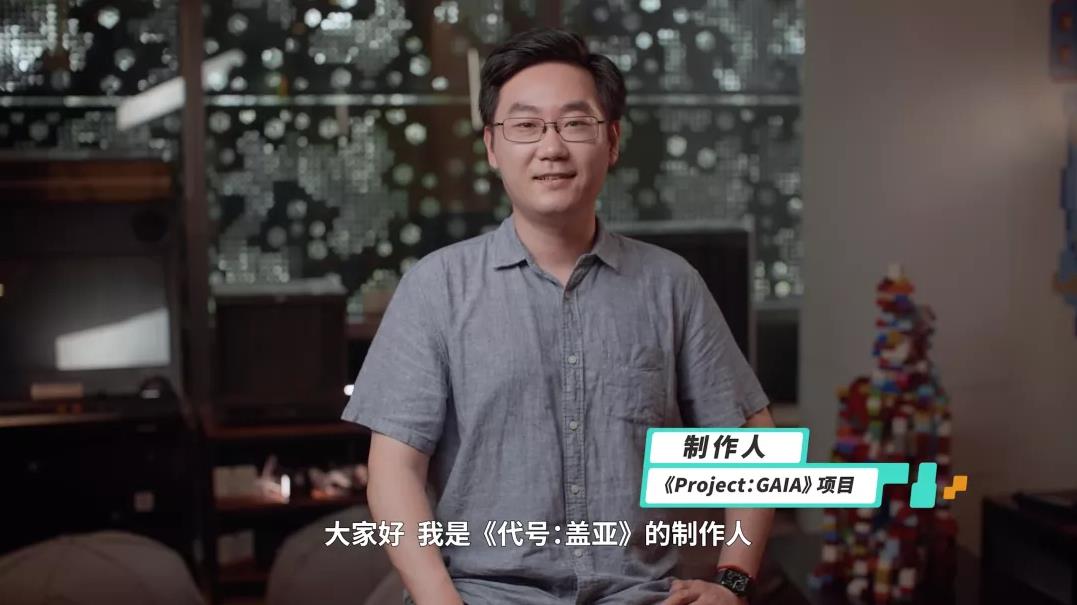 Although the giant has not disclosed it, in general, the 3A team has as few as a hundred people and invests hundreds of millions of dollars, and the upper limit is not capped, and the team must gather top talents and technologies. Of course, judging from the current quality of the game, the giant has already proven the value of focusing.

On the other hand, Wu Meng believes that if you want to exceed the expected experience of players, you must have insight into user needs, meet users as soon as possible, and be good at finding inspiration from users.

It is precisely because of this that these new products such as “Ring of Osiri” and “End of the Dragon and the World” have participated in the TapTap bonfire test. The official introduction of “Ring of Osiri” has the team upholding a kind of “see you soon.” The R&D concept of “Users” and “Inspiration from Users” not only communicated and communicated with players in a more intimate way, but also carried out more player co-creation activities to study the worldview, characters, scenes, etc. of the game with players. Monster BOSS settings, etc.

All in all, whether it is “Ring of Osiri” or “Dragon and the End of the World”, GameLook sees a giant with a new attitude, younger and more creative, and of course more ambitious.

Previously, Giant Network had revealed that many of its new products are expected to be launched in the middle of 2022. If nothing else, next year will be the big year of Giant’s products. It is true that for three days, when you look at it with admiration, what will the new-looking giant achieve? It is worth looking forward to.