Report: 93% of game developers think they have health problems

GameLook report/At the end of 2021, the Korea Cultural Industry Promotion Agency (KOCCA) released a research report on the “2021 Game Industry Practitioners’ Work Environment Survey”, which analyzed and interpreted the work environment and related issues of Korean game practitioners. The beginning of 2019 has been recording the changes in the working environment of the Korean game industry.

This investigation still adopted the online format despite the continuing impact of the epidemic. The Korea Cultural Industry Promotion Agency investigated more than 200 game companies of different sizes and more than 1,000 practitioners in different positions. In terms of the scale of the company, 47.4% of the surveyed companies have 5 or less people, 35.4% of 5-49 people, 7.5% of 50-99 people, 6.5% of 100-299 people, and 3.2% of 300 people and above.

The report shows that in 2021, the Korean game industry has improved on key indicators such as job security and working hours, but as the company shrinks, the degree of environmental improvement has weakened or even worsened “polarization”.

The following is the interpretation of the report by Korean media compiled by GameLook:

The overall indicators have improved, but actual problems still exist

The survey shows that the overall indicators of the working environment in the gaming industry are improving, such as job stability, working hours, 52-hour work system penetration rate, wage arrears rate and other key labor environment related indicators have improved.

However, there are still many practical problems that cannot be reflected in the report. For example, the health problems of game practitioners are still serious.According to the survey, people who think they have health problems account for 93.6% of the total, and employees who think their health problems are directly related to their work account for 88.8% of the total, which shows that efforts still need to be made to improve the physical condition of practitioners.At the same time, compared with the previous, crunch time and unstable work have also improved, but they still exist. 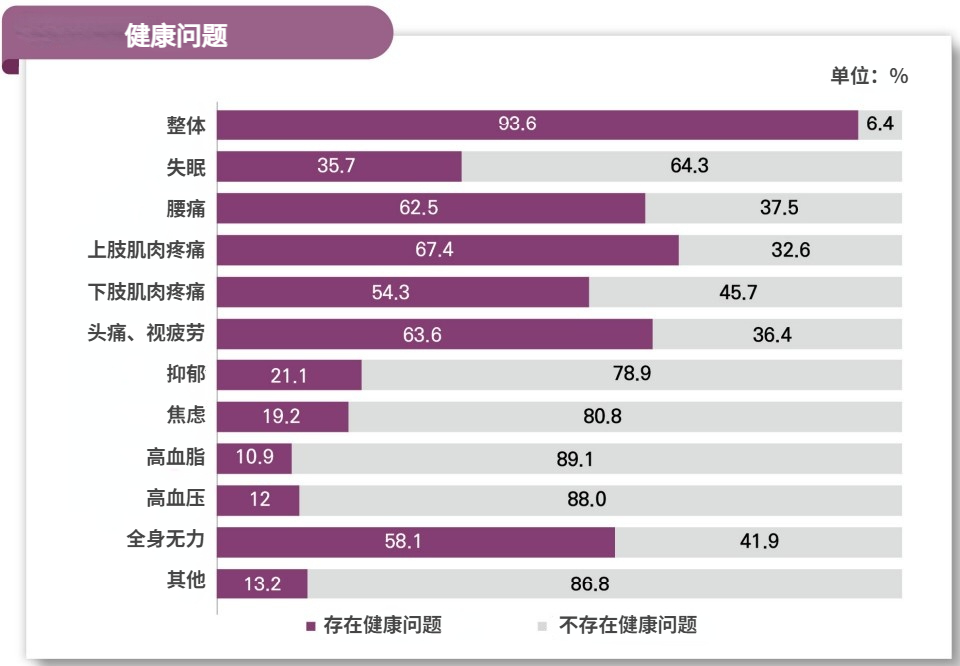 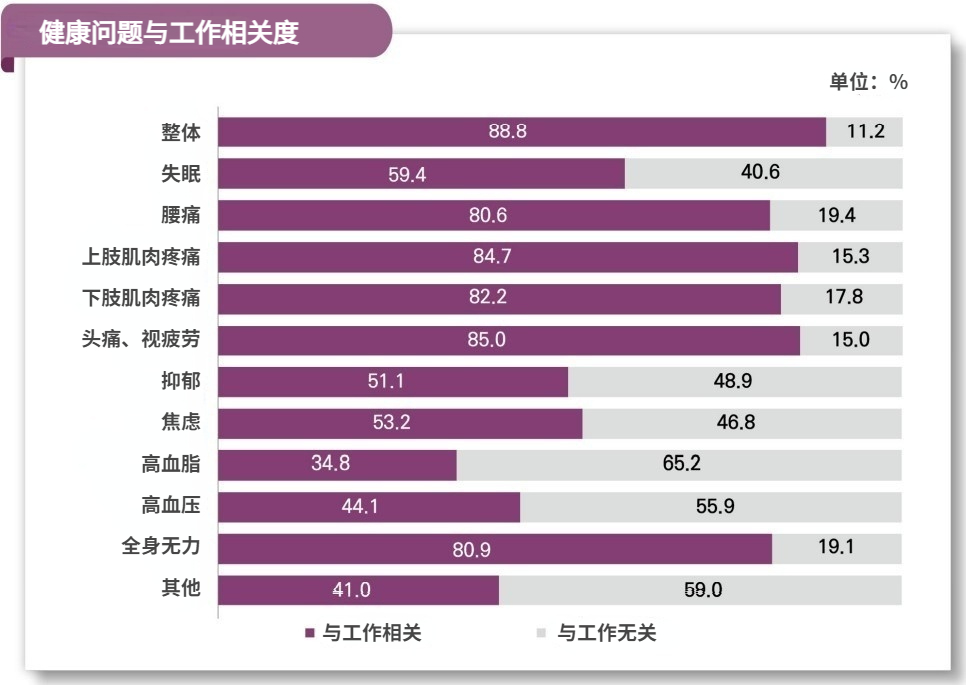 Controversy over the 52-hour work system

Regarding the 52-hour work system, the game company and its employees have already diverged. Game companies advocate that, in order to promote the normal launch of products, fix related errors, expand overseas business and many other issues, it is necessary to implement a more flexible work system based on game projects.

Game practitioners believe that the 52-hour work system is the minimum requirement to ensure the balance between work and life. The focus of strengthening corporate competitiveness is not to extend working hours, but to improve work efficiency and organizational management, and promote games. The innovation of the development process to overcome the problem.

So what is the real feeling of the 52-hour work week system? There are also very obvious differences in the views between game companies and employees. 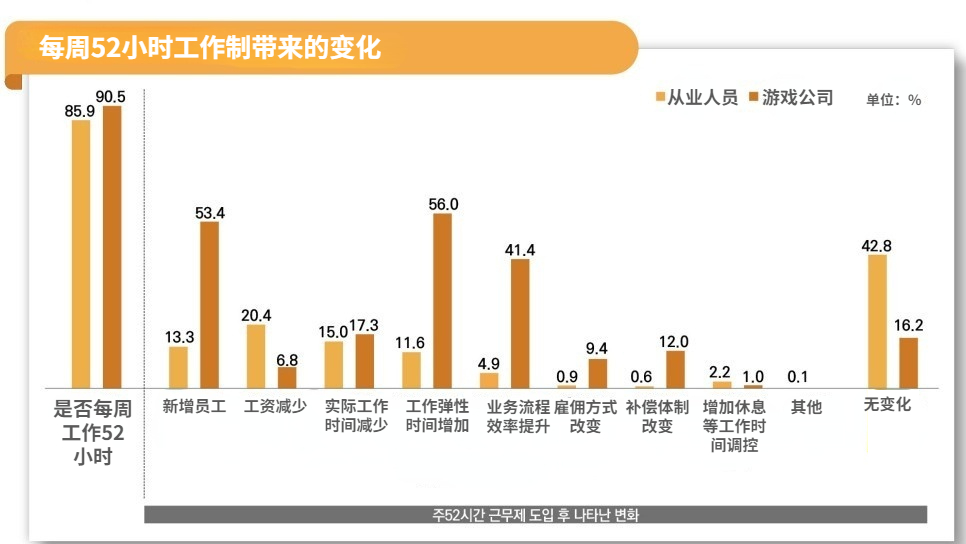 41%-56% of the interviewed companies responded that efficiency and productivity have improved, such as recruiting new employees, introducing flexible working mechanisms, improving workflow, etc., but the number of employees holding the same answer only accounts for 5-13 of the total. %. In addition, 42.8% of employees believe that the implementation of the 52-hour work schedule has not brought any changes, while only 16.2% of companies hold the same view.

According to the results of this survey, the most urgent problem in the Korean game industry is the polarization of corporate profits and working environment caused by the size of the company.

First of all, the polarization of profitability of game companies is very obvious. According to the survey, under the influence of the epidemic, players’ in-game consumption has begun to increase. Major companies have provided players with games and related services based on existing popular IPs, effectively capturing the ever-increasing demand for game consumption. On the contrary, SMEs are affected by issues such as marketing and visibility, and face growth difficulties.

In addition, although the proportion of the industry as a whole experiencing austerity patterns has declined, 48.3% of companies with fewer than 5 employees have experienced austerity patterns. Moreover, in these companies, the average weekly working hours during the austerity period is also higher, at 61.4 hours, and as the size of the company shrinks, the degree of protection for employees’ rest time after the austerity model has also declined.

Game companies themselves also realize that industry polarization, such as the monopoly of large companies and platforms, and the decline of small and medium-sized developers, are the most serious problems. In addition, the report also pointed out that the slowdown in the release of Chinese game version numbers has also become a major problem in the overseas expansion of Korean games.