The Three Realms made a comeback, and the God of War came into the world! “Fantasy Westward Journey” mobile game Martial Arts Pinnacle League S3 season playoffs officially kicked off today! The top eight teams meet at the top, the technological innovation experience is upgraded, the million-dollar bonus is ready, and the cross-border cooperation is infinite. Let us witness the re-ignition of the fantasy war in the three realms, and look forward to the birth of the heroes who are fighting for hegemony!

The quarter-finals fought fiercely for four days, and the double-loss duel was fierce.

Gathering and fighting, gunpowder is everywhere, the pinnacle of Wushu becomes a god! After many levels of competition in the regular season, the “Fantasy Westward Journey” mobile game Martial Arts pinnacle league S3 season finally ushered in the playoffs. From December 16th to December 19th, join hands to pursue dreams, spend a full moon, thunderbolt, time and space, beautiful mountains and clear waters, the holy land of Yaochi, the heart-to-heart, and the top of the Forbidden City. Eight top-notch teams will gather in Guangzhou Tianhe Stadium for the final battle! 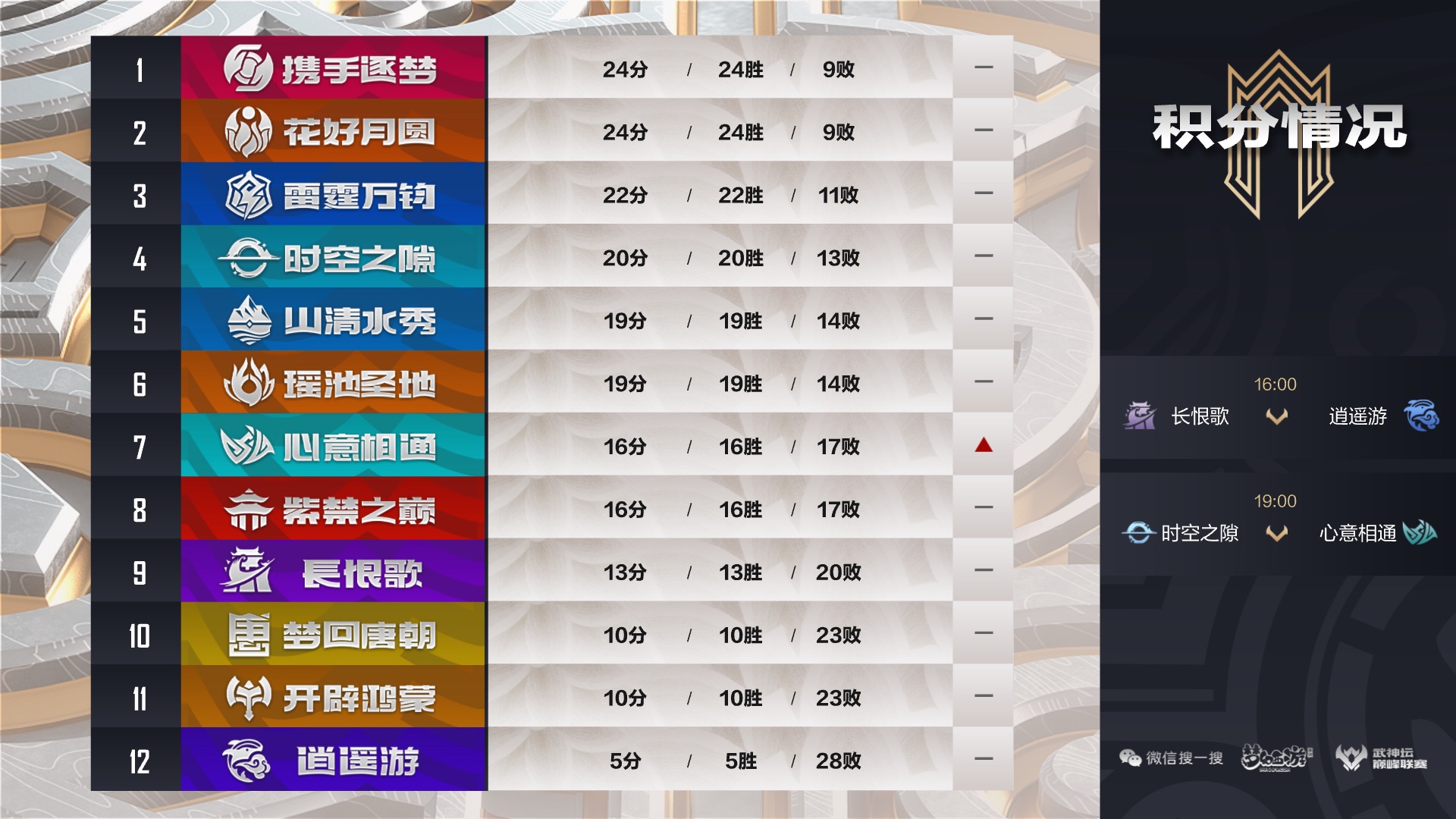 The pinnacle support team will come on stage, and the professional commentary team will join! In order to bring you a better game-watching experience, this “Fantasy Westward Journey” mobile game Martial Arts Pinnacle League S3 playoffs will form a luxurious “Pinnacle Support Team” and invite “The Best Fantasy Male Commentator of the Year” Hammer Hammer, ” The “Fantasy Commentary Facial Ceiling” treasure, and the “three veterans of the Valiant Altar Pinnacle League” are not scientifically joined. They are committed to bringing you the most accurate and exquisite situation judgments, and the most exciting and professional game commentary!

The mountains and rivers will live up to the eternal flow of the Yellow River! The finals will adopt a double-elimination system. The top eight teams in the finals will go through the first round of BO3 matching to determine the winners and losers, and then go through a round of fierce fighting to determine the final champion team. . Who will win the championship in one fell swoop? Who will break the siege in the melee? The beacon is igniting, and you reach the top to win the championship. The battle for kings is about to open. You will announce the mystery at the top! 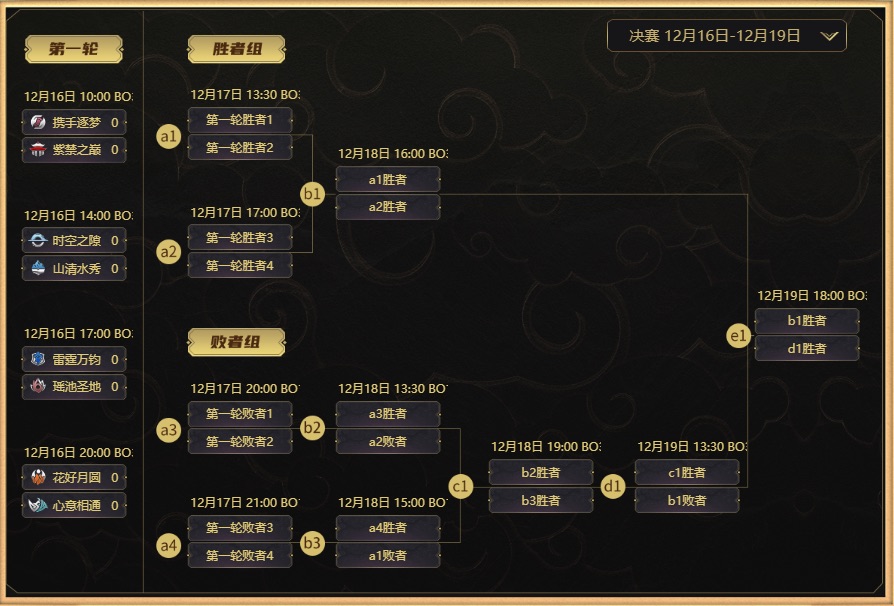 Millions of prizes are full of suspense, and online games will be given away

Rich rewards are ready to go, go all out to love! This “Fantasy Westward Journey” mobile game Martial Arts Pinnacle League S3 season playoffs will reward the strongest God of War with millions of prizes and the only glorious special effects in the whole server! Who can climb to the top and take off the final glory of the quarterfinals? Who can stand out and win millions of awards? The flags are hunting, the horns are long sounding, the competition is ignited, and it will be triggered at any moment!

The barrage storm draws a gift, and the event predicts to win points! During the playoffs, come to CC to watch the game live and participate in the barrage storm to participate in the lottery. Many great gifts such as the Fantasy Westward Journey Collection Figure, JD Card, NetEase Cloud Music Membership, etc. are waiting for you to grab. At the same time, CC Live will also launch the “Game Prophet” welfare event. If you predict success, you can exchange points for prizes. Multiple gifts such as iphone13, cherry keyboard, 999 yuan red envelope are ready, don’t miss it! 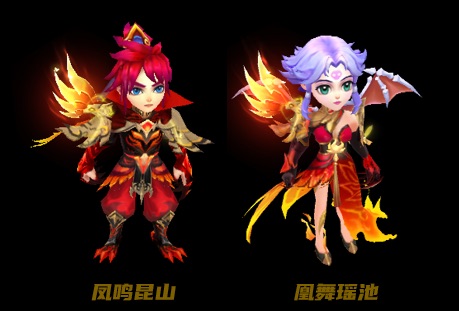 Force the floating island stage in a vacuum, XR immersed in the opening ceremony to achieve full senses! The S3 offline stage of the “Fantasy Westward Journey” mobile game Wushen Altar Pinnacle League is inspired by the “floating island in the sky”. The flowing screen runs through the stage and the visual impact is full. The championship trophy symbolizing glory stands on the main screen of the stage. Out of the highest glory! At the same time, the opening ceremony of the game also introduced more complex XR technology to restore various fantasy heroes one-to-one, and cooperate with the corresponding countdown scene to light up the championship trophy of the peak of Wushentan, and jointly open the most fantasy three realms. Strong event! 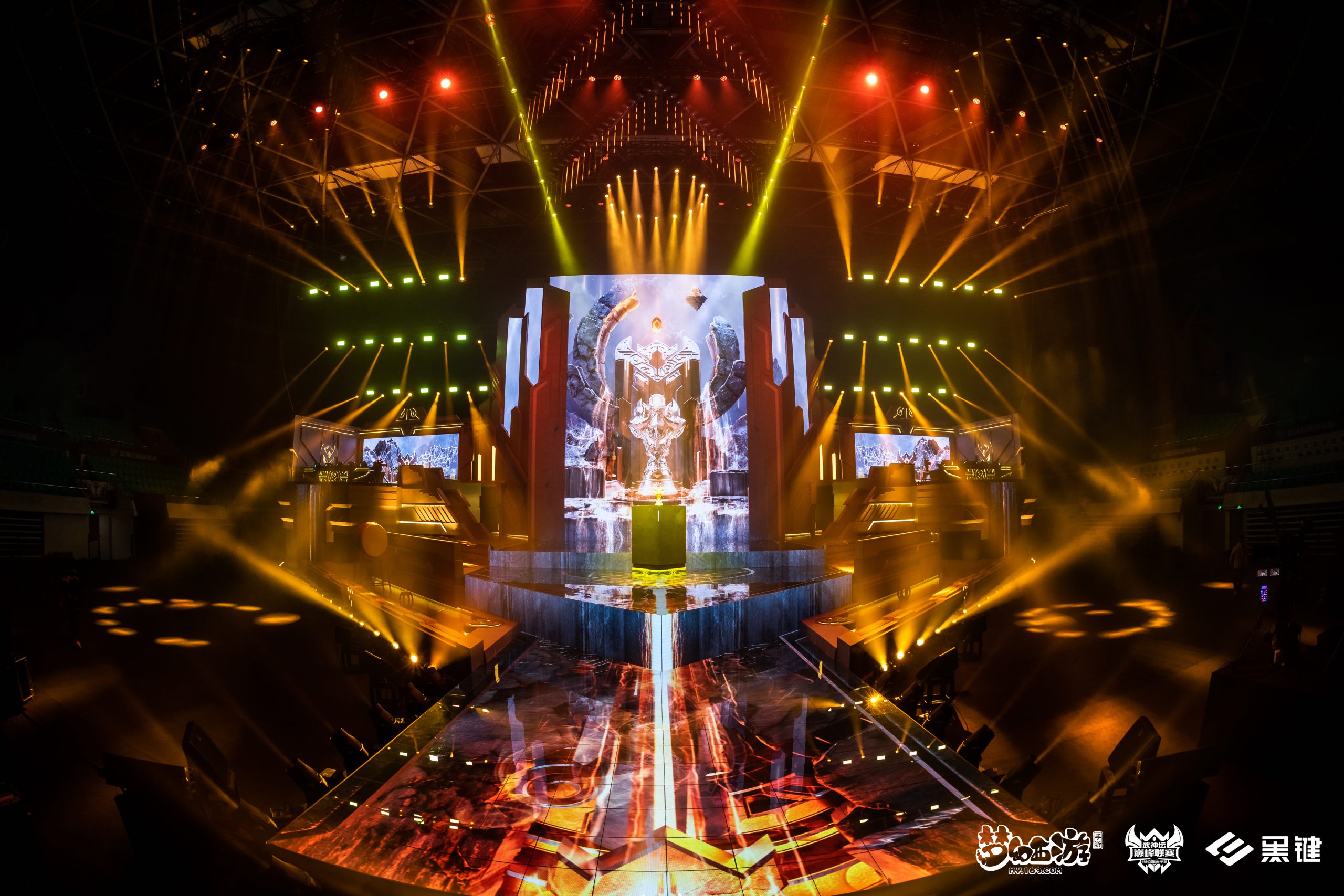 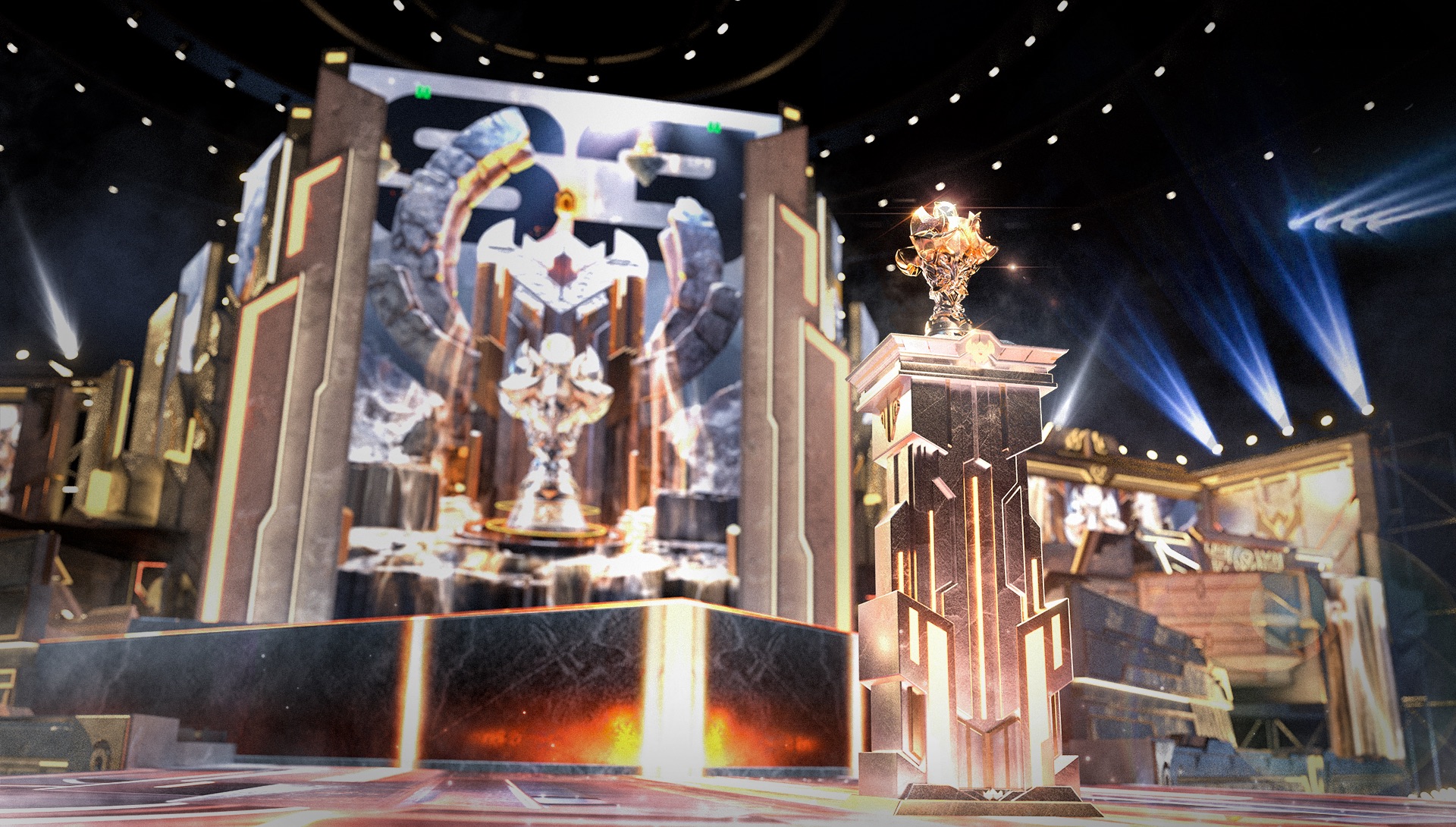 AR helps watch the game in the cloud, and upgrades across the dimensional experience! In order to let the audience get an immersive experience of watching the game, “Fantasy Westward Journey” mobile game Martial Art Summit League S3 playoffs introduced AR technology, allowing online audiences to become virtual characters of the game and offline audiences to coexist in the same time and space. Real-time support. Achieve an immersive “cloud watching game”! Break the space limitation, open the dimensional channel, and share the dream peak moments online and offline! 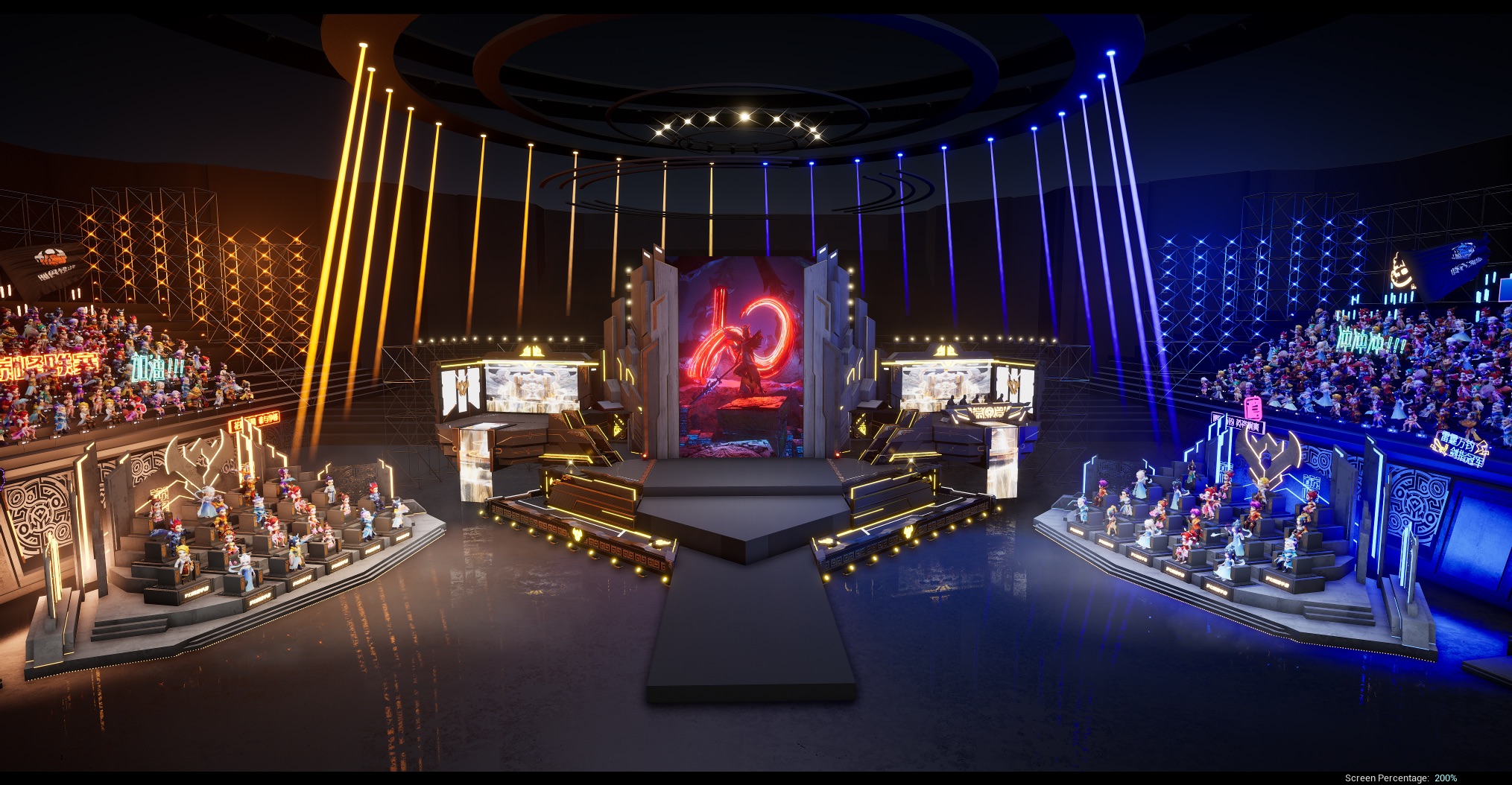 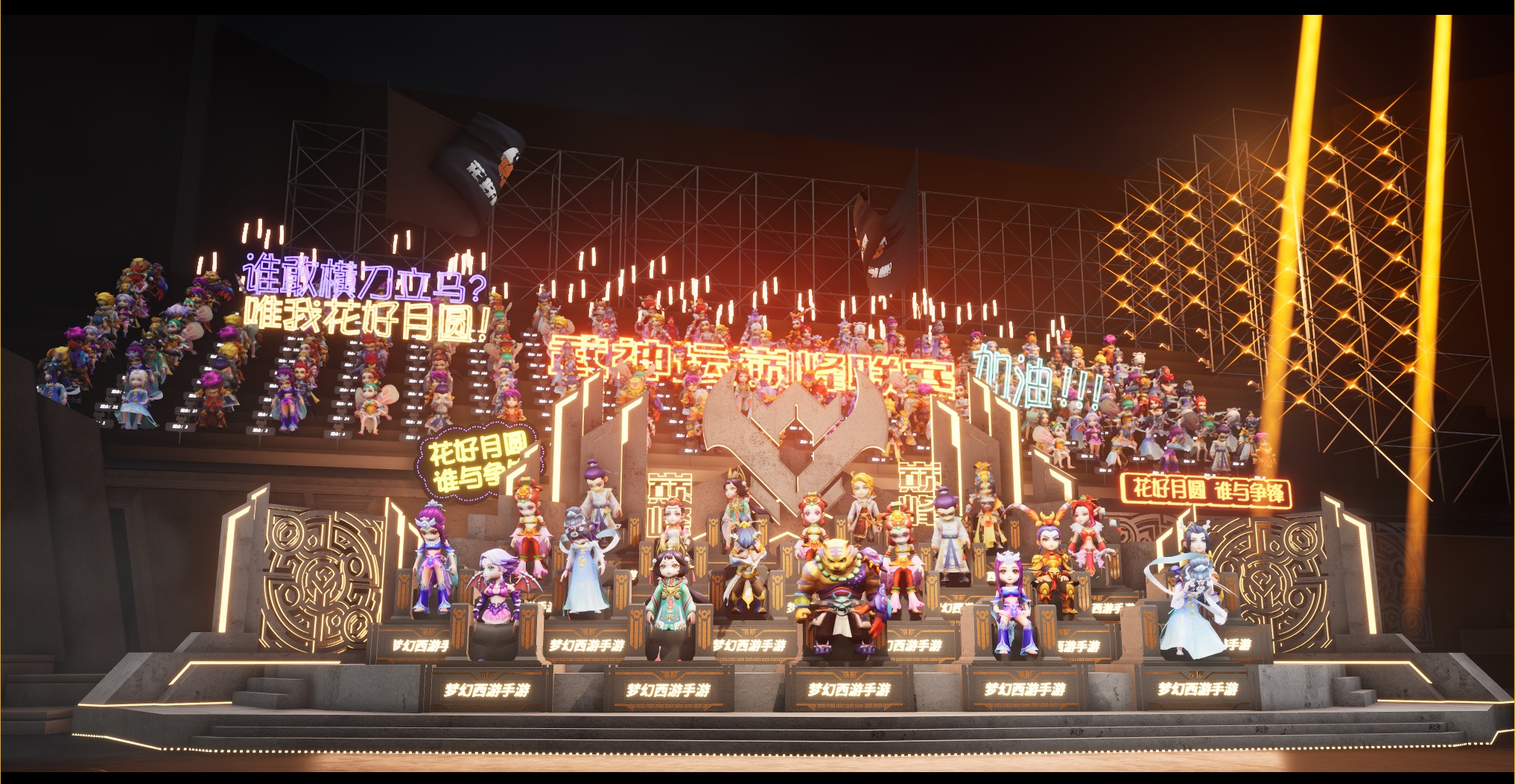 Joint intangible cultural heritage paper-cutting skills to cast a bronze chisel glory trophy. In order to bestow the highest honor on the heroes of the three worlds, this “Fantasy Westward Journey” mobile game Wushen Altar Pinnacle League teamed up with the Guangdong Province Intangible Cultural Heritage Project-Copper Chisel Paper-cut, and cooperated with the city-level national inheritor of Copper Chisel Paper-cut Master Deng Chunhong to create a unique Bronze chisel trophy. Use a unique bead knife to chisel on the copper foil and knock on behalf of the painting to carve the golden gleaming trophy of the Valkyrie Summit League, injecting the will of the god of war in the Valkyrie Summit League. During the finals, the Pinnacle of God of War will open at the same time, to show all dream fans the bronze chisel trophy and the 12 team bronze chisel paper-cuts to witness the supreme glory belonging to the three dream realms! 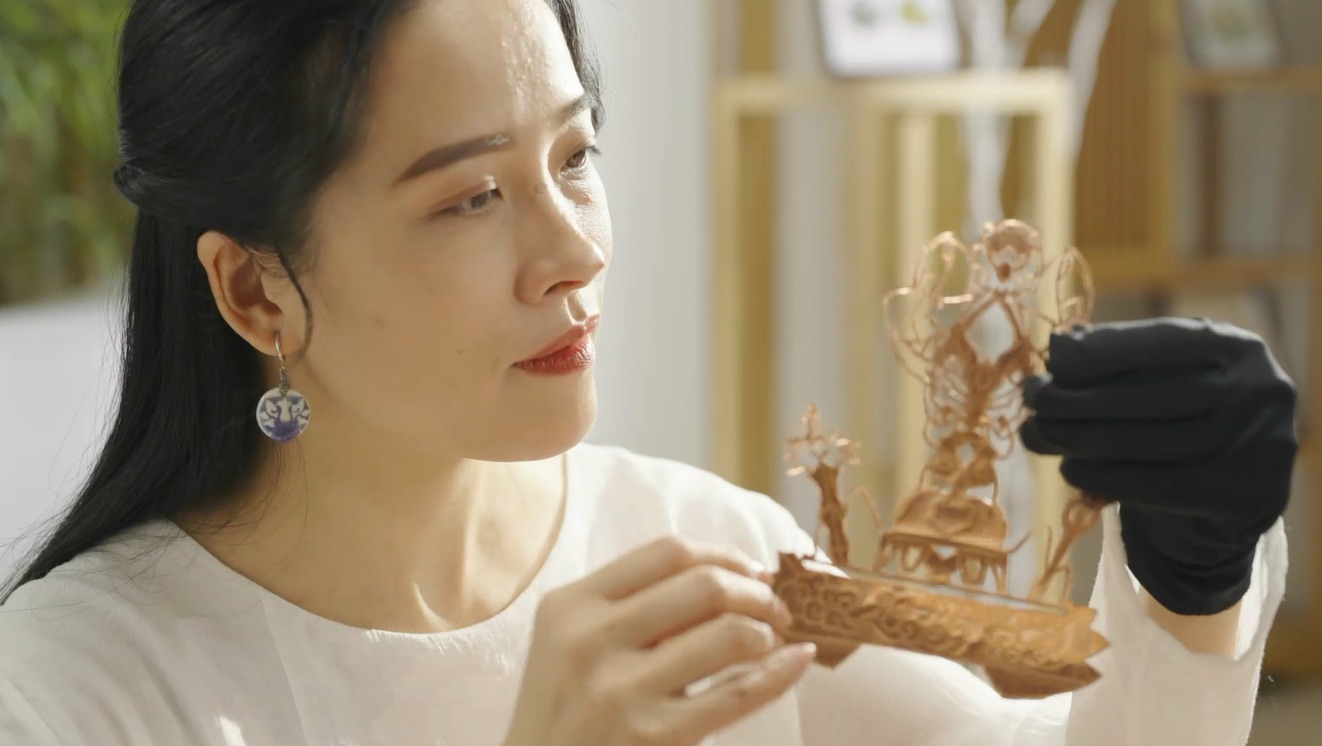 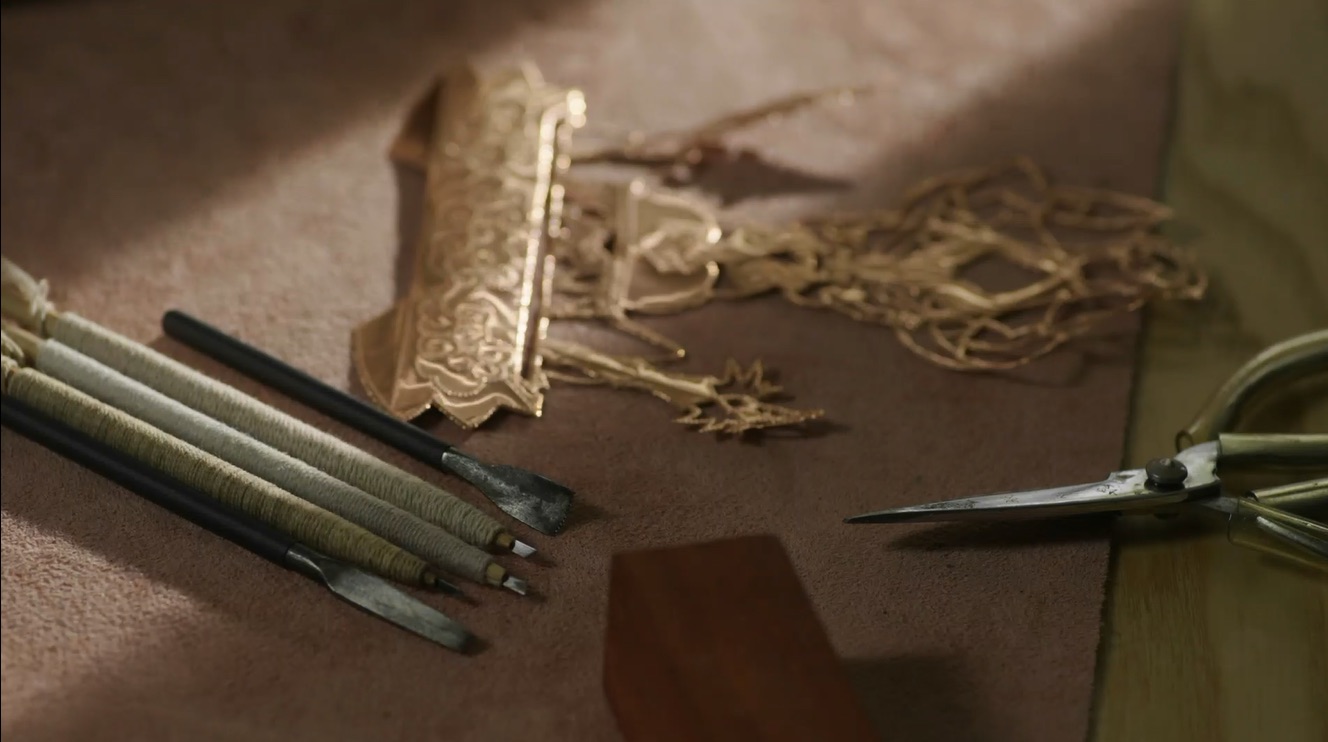 Cooperate with top-notch fashion brand designs to create dream-themed fashion clothes! This time, “Fantasy Westward Journey” mobile game Martial Arts Pinnacle League S3 season and DHPD DESIGN STUDIO founder Maki jointly designed the theme of tide clothes. Xie Lei, as a senior trend manager, has rich design experience and has worked with star teams such as William Chan and BTS. This time the theme of the tide clothing creatively integrates the “Fantasy Westward Journey” logo, the elements of the peak league of the gods of war and the logos of the twelve giants into the clothing design in the way of “multi-craft embroidery”, and uses traditional national style and culture to collide with contemporary trend elements to create a unique Customized player uniforms for the pinnacle league. 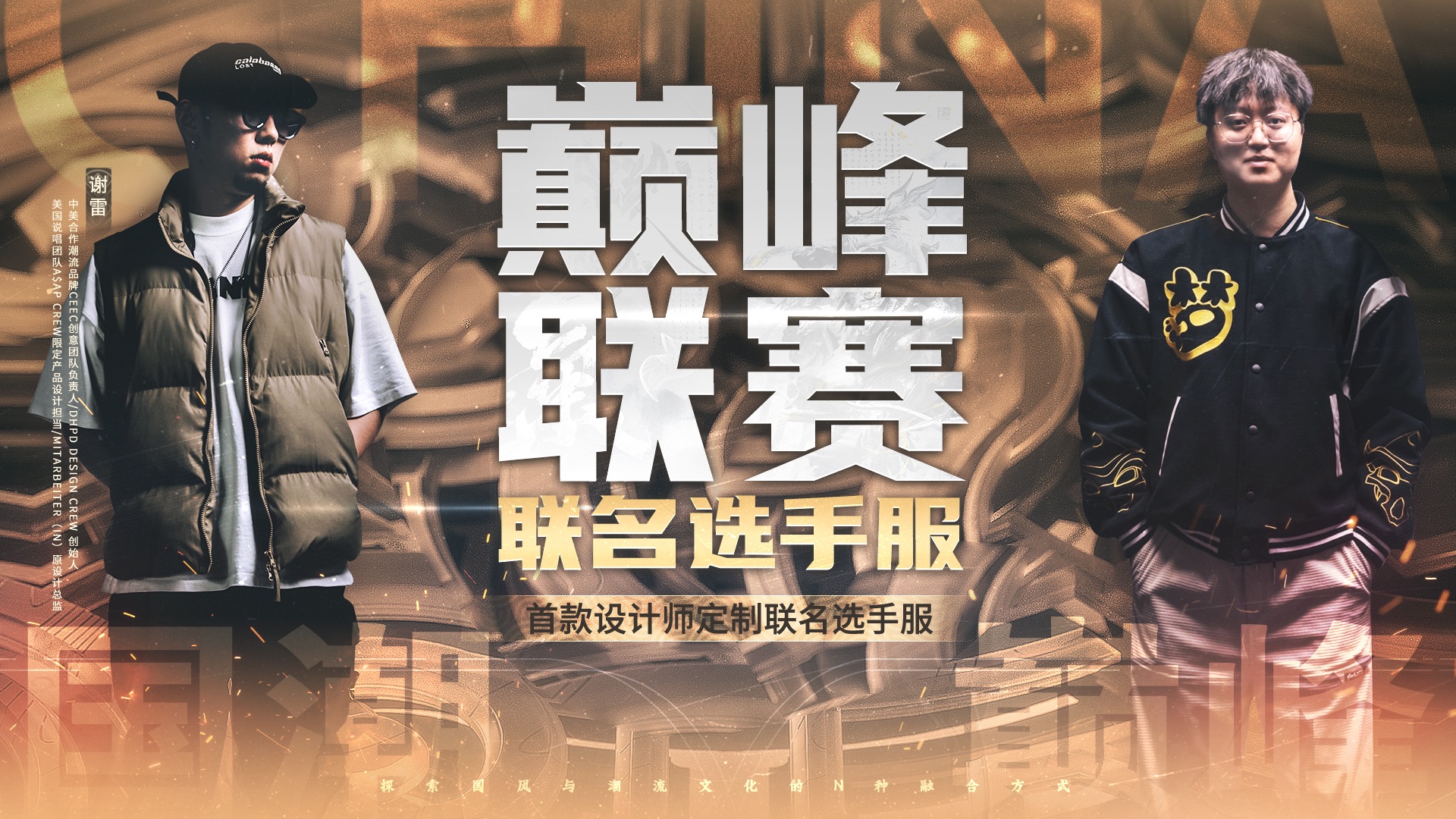 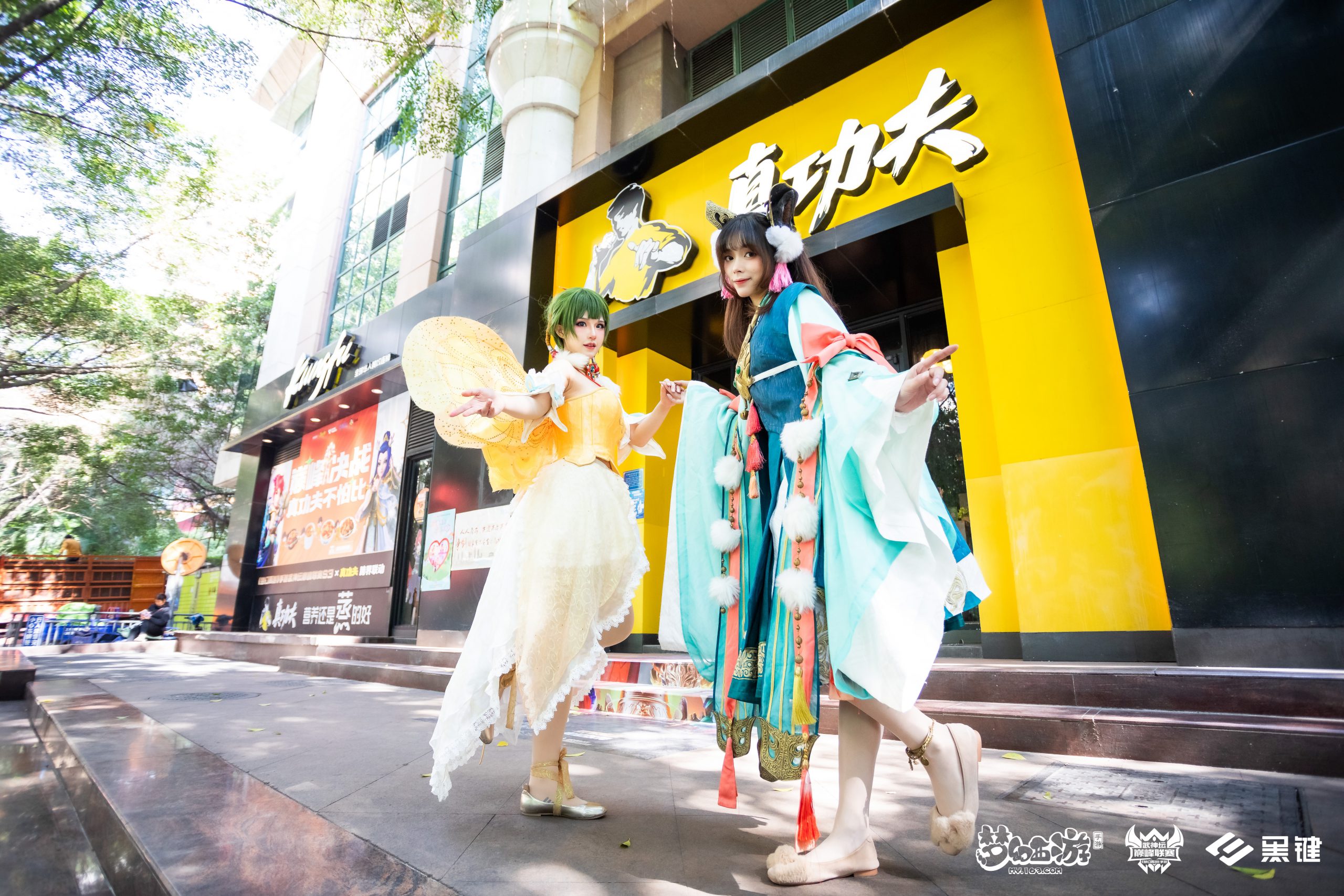 In addition, from December 10th to December 19th, the “Fantasy Westward Journey” mobile game Wushen Altar Peak League S3 spectator theme store was officially opened, with the full implantation of fantasy elements, and the coming of Wushen appeared offline. There are even more popular coser incarnations “Xuan Cai’e” and “Miao Chitose”, crossing the dimension wall, visiting themed stores in person, acting as a substitute store manager, interacting with customers, and entering the dream world together! 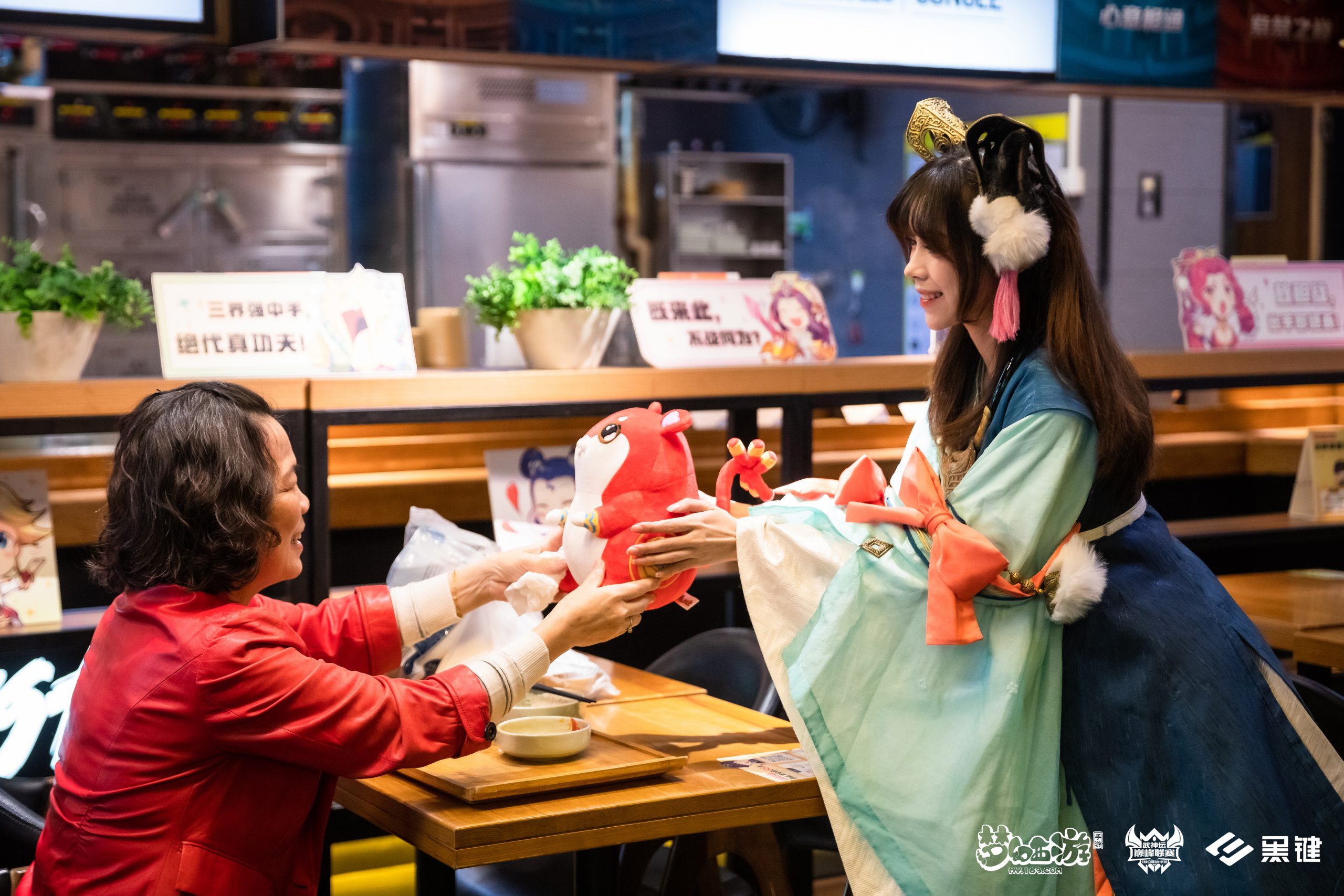 Dream heroes pursue their dreams in the three realms, and create glory together! “Fantasy Westward Journey” mobile game Wushen Altar Pinnacle League S3 playoffs will be ignited, let us go to the grand event, share this moment, walk with love, fight for glory, meet together at the top of the martial arts altar, and witness the players who have overcome difficulties. road!

Playstation News: (For Southeast Asia) Get Ready to Rumble with Persona 4 Arena Ultimax in 2022