Tencent’s “PUBG Mobile” (combining the revenue of “Peace Elite”) and “Honor of Kings” will each have a global revenue of more than US$2.8 billion in 2021, ranking first and second in the global mobile game best-selling list, up 9% and 14.7% year-on-year respectively.

Genshin Impact’s mobile terminal ranked third with $1.8 billion in revenue. Since its launch on September 28, 2020, Mihayou has continued to introduce a large number of content updates for the game, including new islands, characters and gameplay, etc. to keep the game fresh for players. The 2.1 version, which was launched in September 2021, is particularly effective. In the week when this version was launched, players’ in-game payment increased by 5 times compared with the previous week. 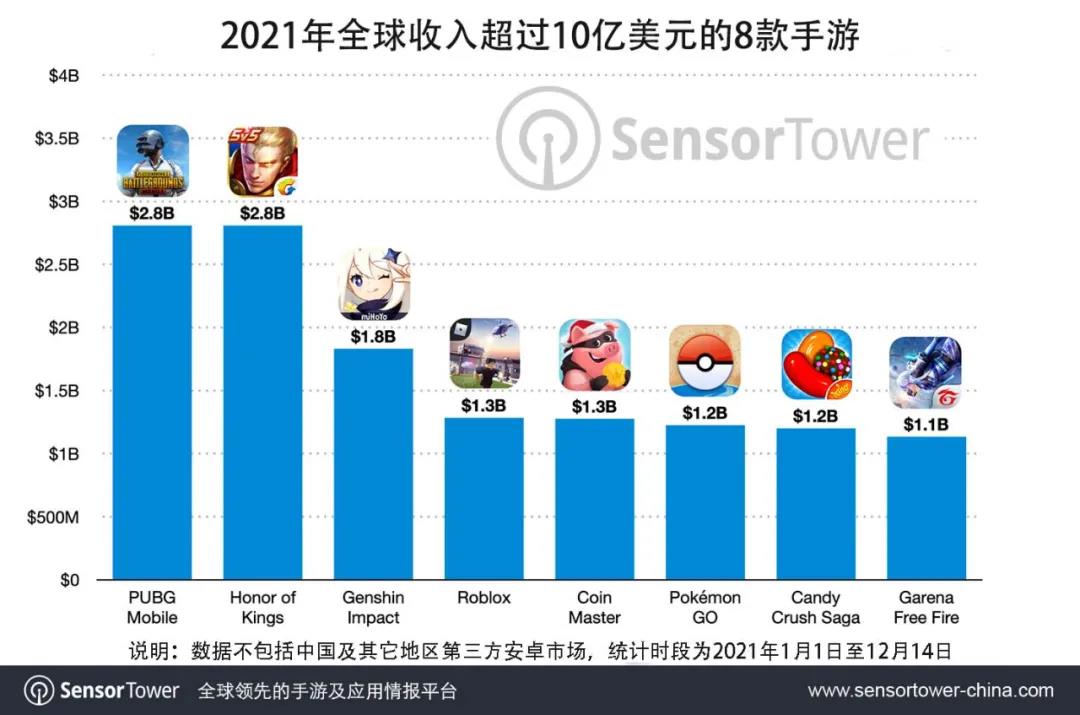 Although Apple’s new IDFA policy has brought some uncertainty to the industry, the revenue of the global mobile game market in 2021 will continue to grow steadily on the basis of 2020. Our estimated data shows that in 2021, the global App Store and Google Play mobile game in-app purchase revenue will reach 89.6 billion US dollars, a year-on-year increase of 12.6%. The driving force for the growth comes not only from the successful launch of new games, but also from the excellent operation strategies of the manufacturers, so that old games can continue to attract players to participate in them.