Call of Duty Vanguard players can download a massive new update on consoles and PC.

The mid-season update is an opportunity for the Call of Duty developer to add a slew of new items.

The mid-season of Vanguard and Warzone will go live later this week, although the update will be available for download starting January 12 at midnight.

According to the patch notes, Call of Duty fans can expect an Attack on Titan crossover in the item shop.

To celebrate the final season of Attack on Titan, Vanguard and Warzone Pacific players can join Survey Corps through the Tracer Pack: Attack on Titan – Levi Edition Bundle.

“This 10-item Store bundle isn’t just for superfans of the franchise; it has the style and firepower to become a leader among the soldiers, just like Levi Ackerman.”

According to Activision, rounds are progressed by defeating increasingly difficult endless waves of zombies, rather than by completing objectives.

Needless to say, the new Call of Duty Vanguard update also makes a host of balance changes and bug fixes, which you can see in the patch notes below.

• Several sources of Multiplayer crash errors have been identified and fixed

• Control mode spawns have been significantly modified to:

– Prevent spawning in the enemy’s field of view on Bocage

• 3-line rifle can now be reloaded with the ZF4 3.5X rifle scope equipped

• Fixed a bug that resulted in a missing Post-Match Flow

– Reduced how long players are affected by Stun Grenades 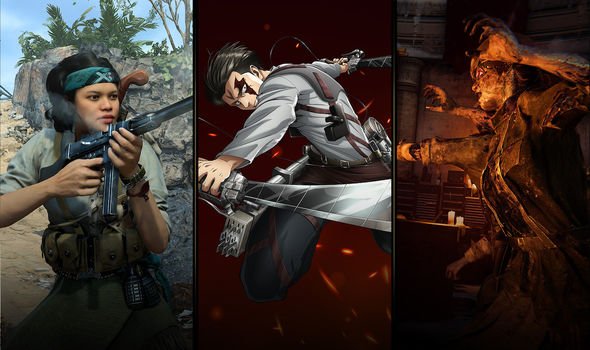 – Duration of Mortar Strike has been reduced

– Number of Mortar Strikes per streak has been reduced

– Fixed an issue where Mortar Barrage deployment was inconsistent

– Grants immunity to fire and burning effects including incendiary rounds, Flamenaut and sustained fire on the ground

– Reduces excessive damage to all explosives

• Overall Polish pass on Destructibles on all maps

• The “Seasonal Challenge” menu is now present in the Challenges tab

• Accidental distortion of MVP images has been fixed

• Save: Menu navigation has been improved when viewing and switching bundles

Yu-Gi-Oh! Master Duel introduces you in detail to the in-game store