Korean media surveys players’ attitudes towards NFT and P2E: 60% of players are not optimistic, speculation is the main concern

GameLook report/The situation of P2E and NFT games in South Korea can be described as one heaven and one underground. P2E games, which have been controversial due to speculative issues, were basically sentenced to death in South Korea. On the other hand, NFT games have become a major game company. Passionate sweet pastry. Although these two concepts are vastly different at the core concept level, they are often tied together because of a certain degree of similarity. However, compared with the enthusiasm of large companies for them, Korean players respond to them It does not seem to be particularly strong, and many people even hold negative views.

Recently, Korean media Thisisgame conducted a survey on topics related to “NFT” and “P2E” games, and interviewed more than 6,000 players in the form of questionnaires. , there are still some players who are completely unclear about their concept. In addition, more than half of the interviewed players are not optimistic about the development prospects of P2E. They believe that such a concept is more like speculation, and it will also make the game no longer a simple game. . However, players’ views on NFT are relatively easy to accept. Some players believe that the addition of NF technology to the game may protect players’ property rights.

The following is the content of the report compiled and organized by GameLook:

There are many negative views on P2E, and speculative issues lead to controversy 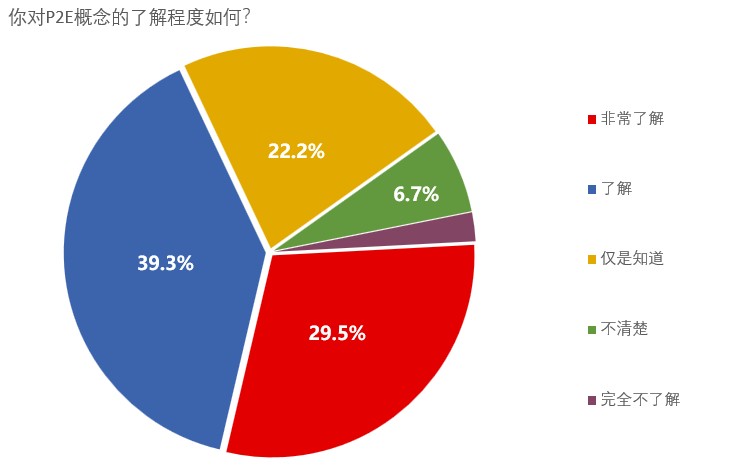 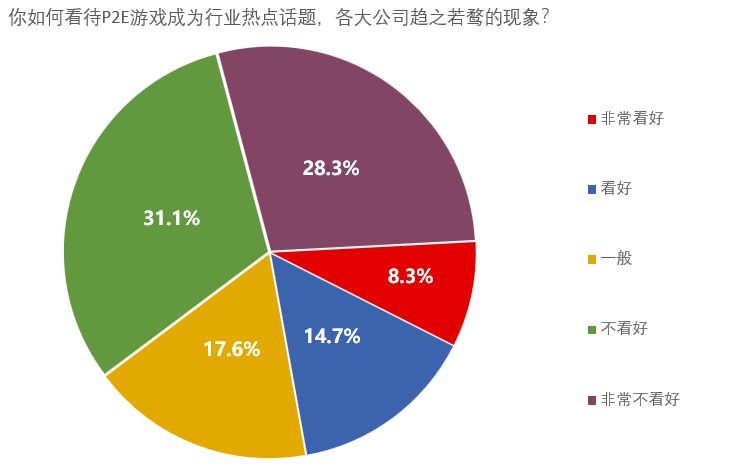 When talking about the reasons for players with different views, 33.5% of players who have a positive view of P2E games affirmed it from the perspective of the game industry, believing that it “can bring new vitality to the game industry”, 25% of players believe that the NFT method can protect the property ownership of gamers, 22.4% of players believe that such a form of game can bring gamers a certain amount of income, and 12.7% of players say it will bring about a change in the way games are played with updates. 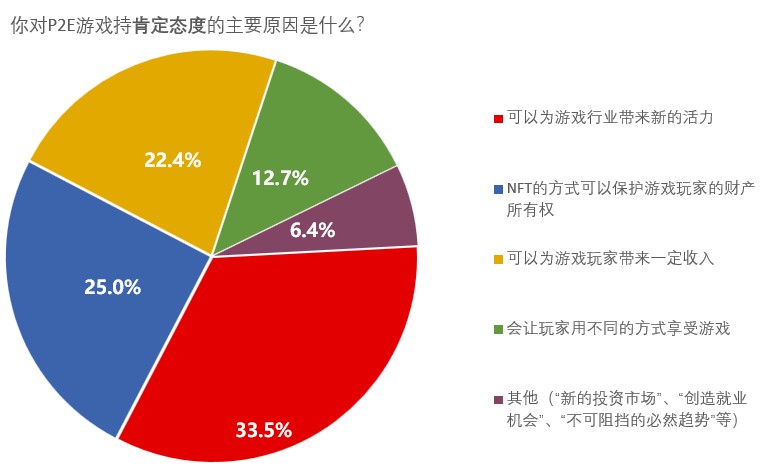 In addition, other players commented positively on it for reasons such as “new investment market”, “job creation”, “unstoppable inevitable trend”, etc. It is worth mentioning that a small number of players believe that many of the current The game already has P2E-like “black box trading” behavior, that is, through websites such as Item Bay or Discord, the goods generated in the game such as MMORPG are traded for cash.

Among the players who held a negative attitude, 57.9% of the players directly rejected the concept of P2E games, believing that it is “not a game, but more like a part-time job or speculation”, while 20.2% of the players believed that the game added NFT or P2E elements It’s going to change the games players love before, and they worry it’ll change the way they play the games they love. In addition, 9.8% of players think NFTs or P2E are too exaggerated, and 3.1% bluntly stated that it does not make players money. 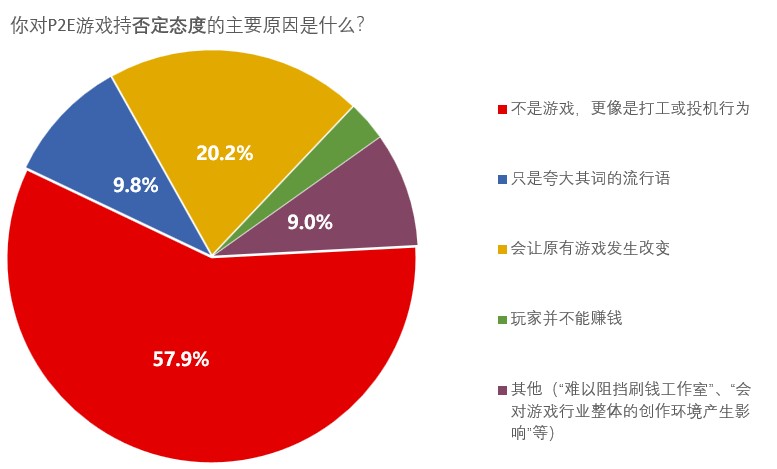 Other notable answers included “it’s hard to stop brushing studios”, “it will have an impact on the overall creative environment of the game industry”, and “there will be more behaviors that induce consumption”.

Another question asked is the play rate of P2E games, including “Mir4”, “Axie Infinity”, “Unlimited Breakthrough Three Kingdoms” and other games. Surprisingly, among the more than 6,000 people interviewed, only 12.6% of players said they had played the above-mentioned games, and 87.4% said they had never played them.

Players who have played this type of game will be asked how much income they have earned in the game. Nearly half of the players have an income of less than 30,000 won (about 159 yuan), and 2.2% of the players said that they did not make any money at all, and their income exceeded 30,000 won. Players with 100,000 won (about 533 yuan) accounted for 18.7%, and another 11.3% of players said they made profits through other means. 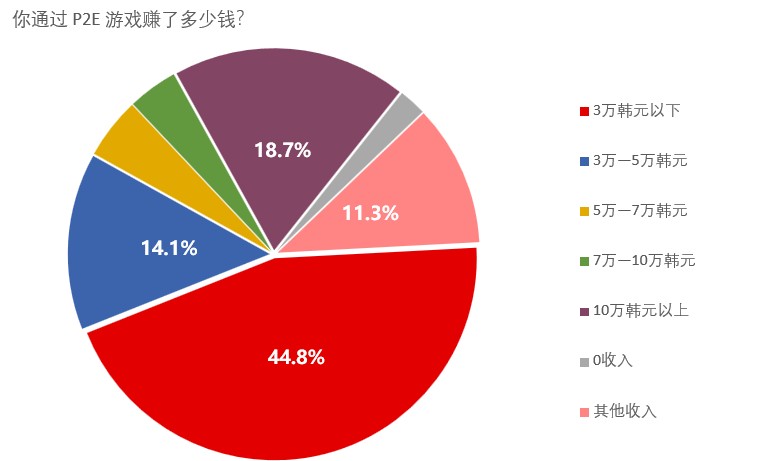 In addition, the survey also showed that there are players with an income of 14 million won (about 74,000 yuan), and some players said that they not only made no money in the game, but also took part in it. 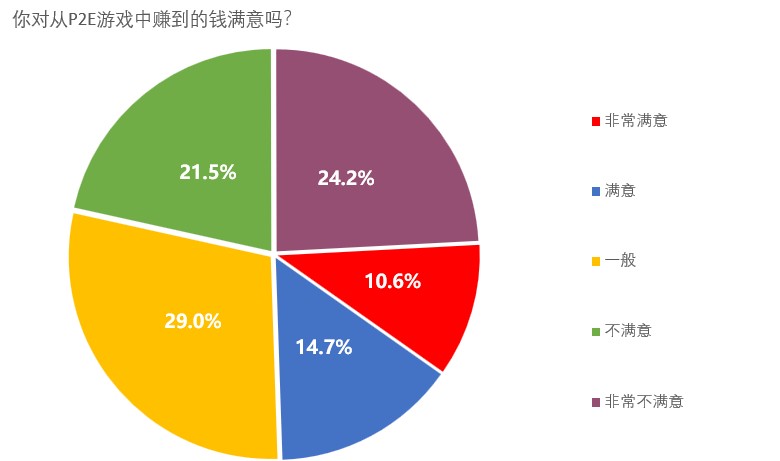 Is it a game or an act of making money?

It can be seen from the survey that most players have disputes on whether P2E games can be called games. Therefore, the survey also adopts the method of degree division. The proportion of players who think that P2E games are more like money-making behaviors than games is the highest. It reached 32.7%, and only 1.3% of players thought it was definitely a game. Overall, 83.1% said it was more towards making money (7-10) and 9% said it was closer to gaming (1-4). 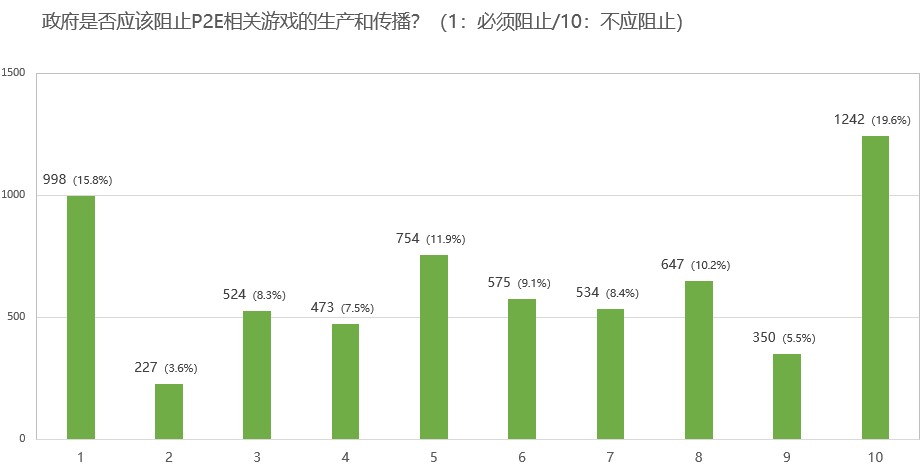 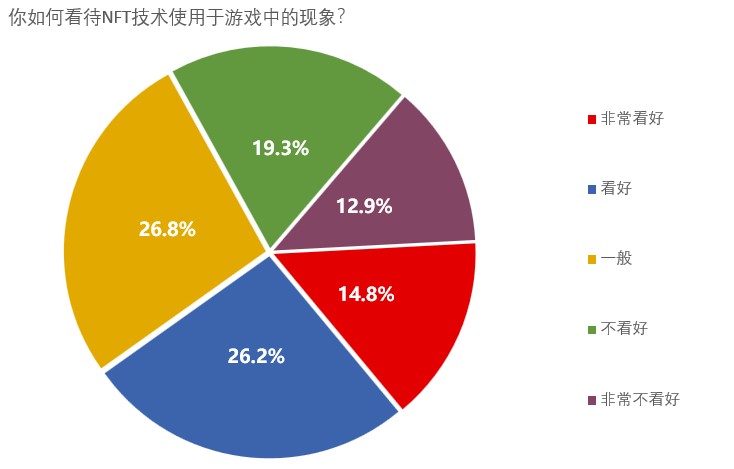 In addition, when asked “If NFT technology is applied to games, will users’ rights be guaranteed more than ever before?”, 13.1% of the people believed that it was possible, but nearly half of the players also said that they disagreed. View. Players who have a positive view of this issue believe that by implanting NFT technology, game companies will actively establish new relationships with players. 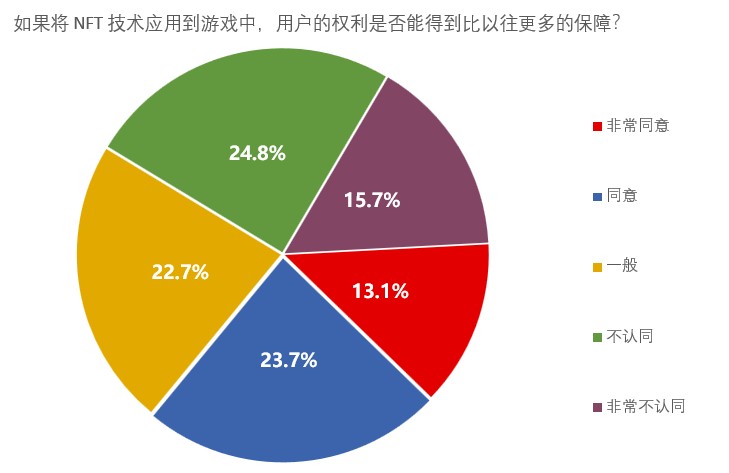 The survey also asked players about their views on P2E and NFT becoming a hot topic in the industry. Players who have negative views about them still account for the majority, among which concerns about speculation or fraud, and think that they are excessively commercialized. Tendency to disapprove is the most common point of view among players, and players with an optimistic attitude believe that this can further protect players’ property rights, and this business is likely to have good development prospects with the intervention of large companies.

Another group of players expressed their views from the ecosystem and regulatory level. Some people believe that the emergence of P2E and NFT games may lead to an increase in the price of PC hardware, which requires the government to come forward to carry out macro-level supervision and regulation. In addition, No matter how the technology is used, any game must return to the game itself, focusing on its gameplay and playability. Some players are also worried that the emergence of different games and different cryptocurrency markets will make it difficult for all games to be linked to the same market. As a result, at the ecological level of the game industry, there is likely to be a situation of competition between the weak and the strong.