What is Woodoku? How to download and play the brilliant puzzle app you saw on TV

Have you ever felt that there are too many apps on iPhone and Android? The respective app stores are bombarded with new apps every day, making it difficult to discover diamonds hidden in the rough. Fortunately, that’s where we come in. If you have an iPhone or Android, you may have seen the Woodoku app advertised on TV. Available as a free download from the iOS App Store and Google Play for Android, Woodoku is a delightfully addictive puzzle game that’s perfect for the commute…assuming you’re not driving, of course.

While the rules aren’t particularly well explained in the app, the game is so simple that you should pick it up without too much effort.

It’s all about getting the highest possible score, which you get by dragging shapes onto a wooden board to place them in the grid.

You can play with three shapes at any time and you get points for each shape you successfully place on the board. It’s game over when you run out of space.

To get the highest possible scores, you must fill a row, column or square to remove blocks from the board. This way you make room for the next set of shapes.

You can further increase your score by clearing multiple blocks at once, or by eliminating blocks on consecutive turns for streak points.

As the app developer points out, the most important rule is that you have a, ahem, “woody good time”.

The only downside to the app is that it contains ads that appear after each individual game. 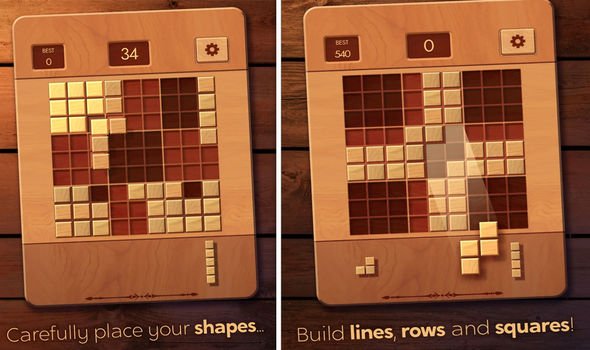 Unfortunately, there is currently no paid option to remove ads and enjoy the game without any distractions.

On the plus side, the Woodoku app can be played offline, making it ideal for the London Underground.

It’s also a relatively small app, taking up only 232MB on the iPhone (correct at the time of writing).

If you have the . want to download Woodoku App, just go to the iOS App Store, or Google Play for Android.