FIFA 22 TOTW 19 launched today, with the new FUT cards now available in packs. The highest-rated card available with the latest Team of the Week release is Bayern Munich star Joshua Kimmich, with the midfield dynamo having an overall rating of 91. FIFA 22 TOTW 19 also includes four Premier League players in the roster.

The 24-year-old defender scored this weekend as the Saints ended Manchester City’s 12 winning run with a 1-1 draw at St Mary’s Stadium.

The other Premier League players in FIFA 22 TOTW 19 are Chelsea’s Hakim Ziyech and Tottenham’s Steven Bergwijn. 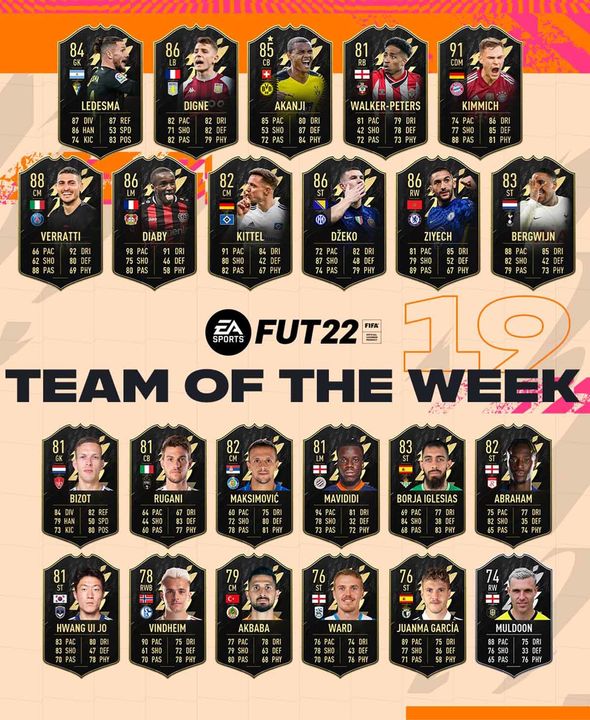