Square Enix bridges time until the sequel of Final Fantasy VII Remake on the Japanese Twitter account with beautiful works of art and interesting facts. This time it’s about the Materia Shop in Wallmarkt!

The artworks show a cozy atmosphere with candles, warm light and many pots. Instead of a sales counter there is a mat on which the cash register stands. There is also a television, which is ultimately placed a little more prominently in the game.

All pretty close to the original, right? This is especially true for the individual seller. You get the impression that this is not just Materia. The seller lies chilled on his mat and offers his goods for sale.

Toriyama and the developers comment in the Final Fantasy VII Remake Material Ultimania* Incidentally, also other buildings and shops of the Wallmarkt. In Madame M’s massage parlor, for example, we learn from environmental artist Mizushi Sugawara that the Japanese characters at the entrance are ambiguous.

“The store’s Japanese name has two meanings: ‘to massage with hands’ and ‘fold hands in thanks or apology,’” explains Sugawara. The makers of the book also look at the boutique, the item shop and the bar afterwards. 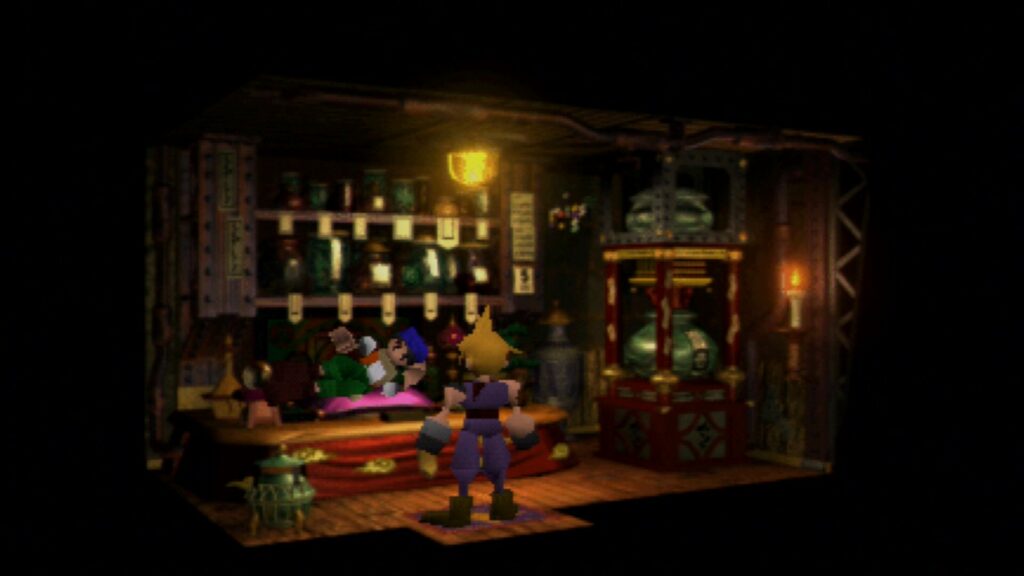 Do you want more artworks and facts? So far, Square Enix has covered the restrooms at Shinra’s headquarters, the taste of Chocobo popcorn, and the cost of a LOVELESS ticket, among other things. It also has a legendary boss dedicated to it, just like Tifa and her shorts. Finally, Mako’s offer in remote areas was examined.