The latest offshoot of Utawarerumono also appears in the West

Last November, Aquaplus Monochrome announced Mobius. It is Utawarerumono’s 20th-anniversary title. Today there is a lot of concrete information. Below you will also find some video material and the most important artwork.

First, there’s the platforms and global release date with PlayStation and Steam and September 8. However, only the Steam version has been confirmed by DMM Games and Shiravune. The full title is Monochrome Mobius: Forgetting Rights and Errors†. Those who purchase on Steam by the end of the year will receive a bonus digital artbook and 30-song soundtrack.

It should be noted that the PC version has its publishers, and Aquaplus distributes the PlayStation versions itself in Japan. Therefore, the game may also be released in this country via another publisher for PlayStation, which is still being communicated.

The Search for the Father Who Was Believed Dead

Monochrome Mobius: Rights and Wrongs Forgotten is a story-driven JRPG. We are in Ennakamuy, a vassal state of Yamato. Oshtor lives there with his mother, Torikori, and sister Nekone. Oshtor meets the mysterious Shunya, who reveals that his father is still alive.

In search of his father, Oshtor goes to the mysterious land of Arva Shulan. Following in his father’s footsteps, he meets companions, experiences happy and sad moments, and eventually gets entangled in a historical event. Joining the Oshtor group are Munechika, the daughter of Murasame, and the warrior Mikazuchi. 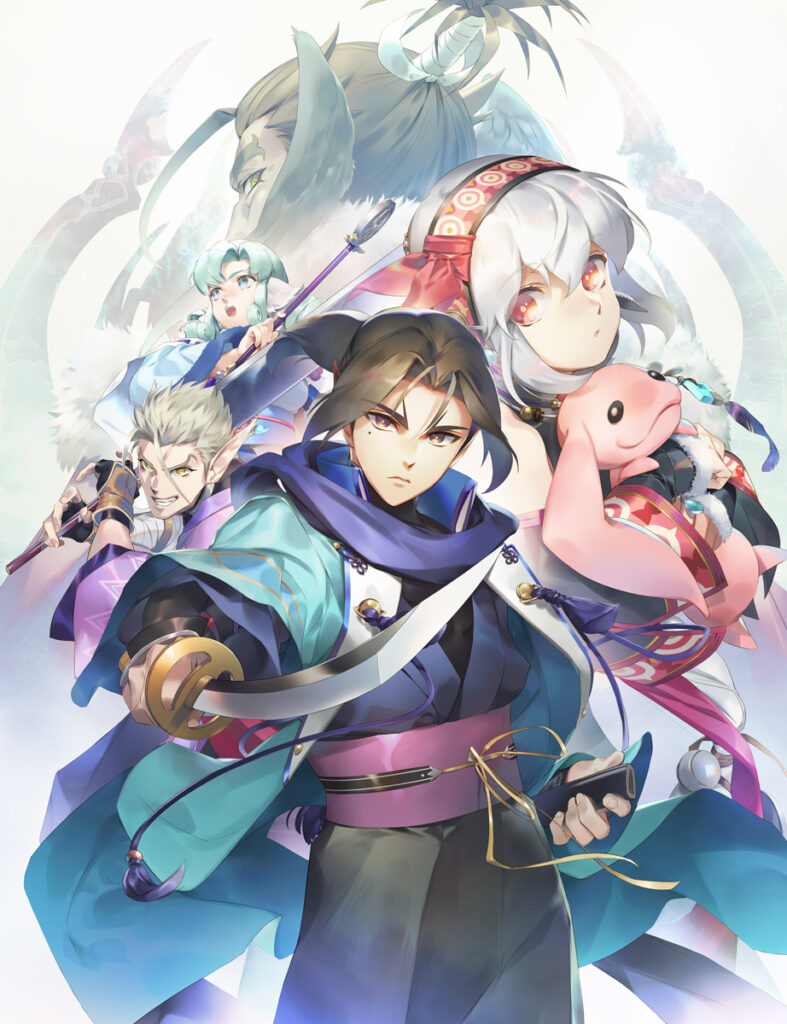