First, look at what’s coming to Disney+ this week. As a reminder, you can read about what’s new on Disney+ every week with our weekly roundups. The latest Movies scheduled to hit Disney+ this  Week are below.

Synopsis: When Steven Grant, a mild-mannered gift-shop employee, becomes plagued with blackouts and memories of another life, he discovers he has dissociative identity disorder and shares a body with mercenary Marc Spector. As Steven/Marc’s enemies converge upon them, they must navigate their complex identities while thrust into a deadly mystery among the powerful gods of Egypt.

Synopsis: Set in Springfield, the average American town, the show focuses on the antics and everyday adventures of the Simpson family; Homer, Marge, Bart, Lisa, and Maggie, as well as a virtual cast of thousands. Since the beginning, the series has been a pop culture icon, attracting hundreds of celebrities as guest stars. The show has also made name for itself in its fearless satirical take on politics, media, and American life in general.

Synopsis: A medical-based drama centered around Meredith Grey, an aspiring surgeon, and daughter of one of the best surgeons, Dr. Ellis Grey. Throughout the series, Meredith goes through professional and personal challenges along with fellow surgeons at Seattle Grace Hospital.

Marvel’s Spidey and His Amazing Friends

Synopsis:  Follow Peter Parker, Gwen Stacy, and Miles Morales and their adventures as the young heroes team up with Hulk, Ms. Marvel, and Black Panther to defeat foes like Rhino, Doc Ock, and Green Goblin and learn that teamwork is the best way to save the day.

Synopsis: Sick, twisted, and politically incorrect, the animated series features the adventures of the Griffin family. Endearingly ignorant Peter and his stay-at-home wife Lois reside in Quahog, R.I., and have three kids. Meg, the eldest child, is a social outcast, and teenage Chris is awkward and clueless when it comes to the opposite sex. The youngest, Stewie, is a genius baby bent on killing his mother and destroying the world. The talking dog, Brian, keeps Stewie in check while sipping martinis and sorting through his own life issues.

Synopsis: Bluey is an inexhaustible six-year-old Blue Heeler dog, who loves to play and turns everyday family life into extraordinary adventures, developing her imagination as well as her mental, physical and emotional resilience.

Synopsis: The family you know and love is back with a brand-new series that gives an all-access pass into their lives. Kris, Kourtney, Kim, Khloé, Kendall, and Kylie bring the cameras back to reveal the truth behind the headlines. From the intense pressures of running billion-dollar businesses to the hilarious joys of playtime and school drop-offs, this series brings viewers into the fold with a rivetingly-honest story of life and love in the spotlight.

Synopsis: Scrat experiences the ups and downs of fatherhood, as he and the adorable, mischievous Baby Scrat, alternately bond with each other and battle for ownership of the highly treasured Acorn.

Synopsis: The Pritchett-Dunphy-Tucker clan is a wonderfully large and blended family. They give us an honest and often hilarious look into the sometimes warm, sometimes twisted, embrace of the modern family. 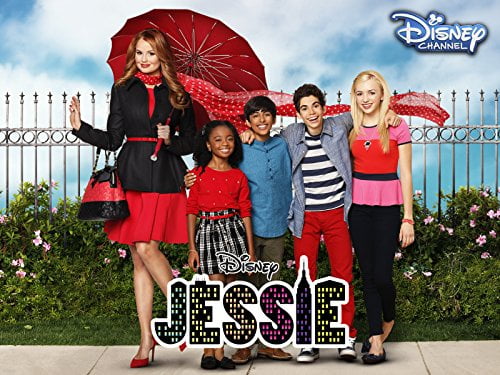 Synopsis:  An idealistic teen from rural Texas embarks on the adventure of a lifetime when she decides to leave behind starry nights for big city lights. Thrilled to be on her own and determined not to be intimidated by New York City, she accepts a job as nanny for a high-profile couple with four kids. Helping to keep her moral compass in check are Bertram, the family’s butler, and Tony, the building’s 20-year-old doorman.

Playstation News: A closer look at the chaotic, compelling gameplay of SpiderHeck