Japanese developer Acquire and western publisher NIS America have announced that the stealth action game Kamiwaza: Way of the Thief will be released in Europe on October 14 – one day after Japan and three days after North America. The release is for Nintendo Switch, PS4 and Steam.

A new gameplay trailer was also released today for that information. This shows the gameplay with sneaking, hiding and (honorably) stealing. But don’t get caught! In addition to the normal commercial version* you will also find a limited edition for the NIS store Playstation 4 and Nintendo Switch† In addition to the packaging and game, this also includes the soundtrack, five art cards, a Furoshiki cloth and a pin. 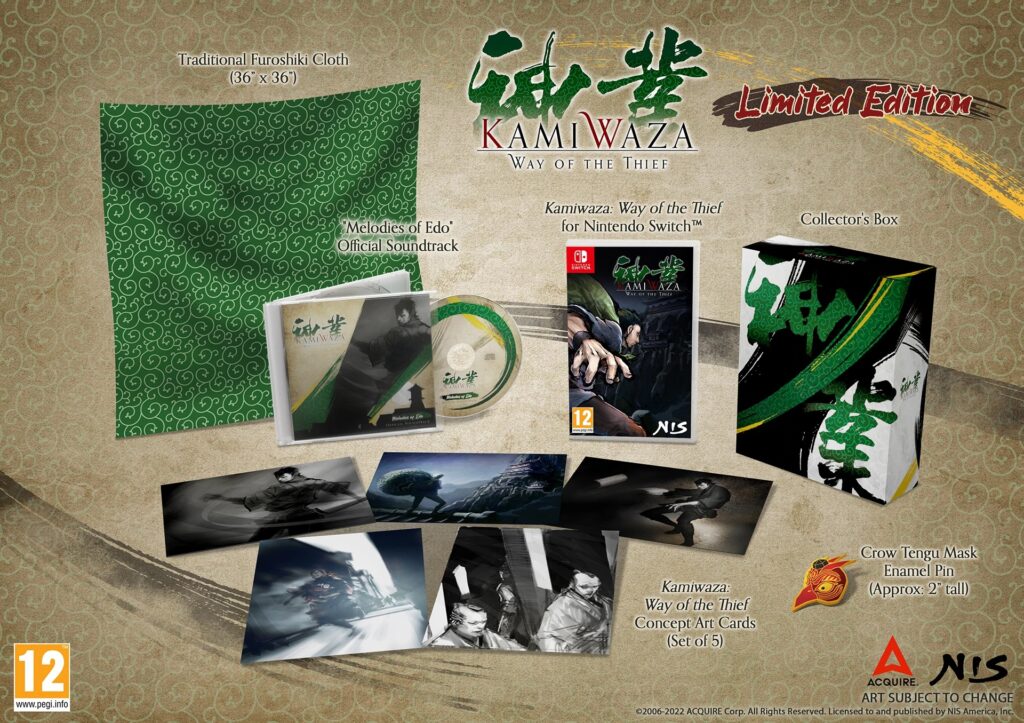 It is a remaster of the Kamiwaza that was first released for PlayStation 2 in 2006. Kamiwaza Tourai, as the remaster is called in Japan, offers overhauled graphics, refined textures, an auto-save function and a revised tutorial.

Honorable Thief Ebizo roams the streets of Mikado in this stealth action game and puts his thief skills to the test! Will he walk the path of honor for the sake of the family?

Call of the Wild: The Angler Open World Fishing Experience Introduced For Console

Snow in Hisui shows you the third and final episode