Black Adam: Release Date, Cast, Plot, And Everything We Need to know.

Black Adam is the spin-off of the 2019 movie Shazam! Thousands of years before Billy Batson was granted his magical powers, the wizard Shazam chose another hero: Teth-Adam, more commonly known as Black Adam. He is one of the greatest magicians in history and has a long history of playing both the good and the bad guy. Nearly 5,000 years ago, the Egyptian gods gave Black Adam their superpowers and locked him up. Now, Black Adam has been freed from his earthly tomb and is ready to bring his own kind of justice to the modern world.   Dwayne Johnson has been considered for the role of Black Adam since 2014. Shazam! And Black Adam, who is one of Shazam’s most well-known enemies, The project has continued over the years thanks to Johnson’s love and dedication to the character.

Black Adam will come out in theatres on October 21. It was supposed to come out on July 29, but Warner Bros. changed the date as part of a bigger change to DC superhero movies.

Jaume Collet-Serra was born on March 23, 1974, in Barcelona, Catalonia, Spain. At age 18, he moved to Los Angeles to attend Columbia College Hollywood and work as an editor. After he graduated, he started making music videos, which got the attention of several production companies. He then directed Playstation, Budweiser, Mastercard, and Verizon ads, among others. Since then, he’s made and directed movies like The Shallows (2016), Orphan (2009), and Unknown (2011).

Who Exactly Is Black Adam, And What Is His History? 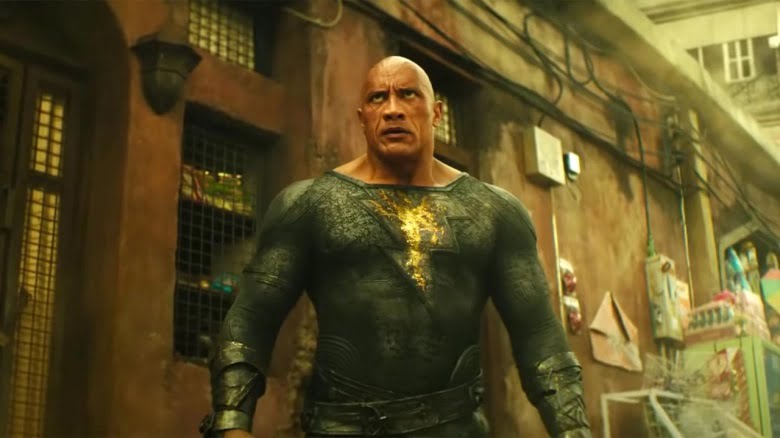 During Adam’s time, Kahndaq was a cruel country that used magic and sorcery to make some of its people slaves. On the other hand, Adam used his power as the Champion to set his people free and become king of Kahndaq.

Adam used to be a hero, but when his family was killed, he turned to evil and accidentally let out the demons of the Seven Deadly Sins. He was sent to prison for his wrongdoings, and after 5000 years, Black Adam will see him come out of jail, eager to make Kahndaq as beautiful as it once was.

No one knows what the movie has to do with Shazam! But the Wizard’s death could be the key to Adam’s freedom. The film’s plot hasn’t been revealed yet, but Black Adam might set up his kingdom again. This could make the JSA angry, leading to Adam and the superheroes fighting. Since this is how these stories usually go, there will almost certainly be a more significant threat that forces the heroes to work together to save the world.

Dwayne Johnson plays Black Adam. Teth Adam was once a hero to humanity. He became ruler of Khandaq because of his courage, brave heart, and witches’ divine power. Still, he later allowed his strong position to corrupt his morals and emotions, accidentally releasing the Seven Deadly Sins when his family was murdered. Shazam banishes Black Adam, and the film retells his journey into the real world after 5,000 years. Black Adam had the gods’ powers. Adam is strong and fast. It can run and fly at jet-like speeds and catch things quickly.

Pierce Brosnan will star as Kent Nelson, better known by the nickname Dr. Fate. The first Dr. Viet, Kent Nelson, is a Swedish American who, with his father, discovered the tomb of Nabu, a cosmologist associated with the Lords of Order. Nelson was brought up in witchcraft methods by Nabu for two decades after his father was accidentally killed by a deadly gas released from his grave. Kent Nelson was the first human host who served as a Fiat in the recently altered universe. With nobody to make for himself, Nabu treats this version of Nelson aggressively, initially using him as an unconscious receptacle to appear in the physical world. A member of the JSA and the son of an archaeologist who learned magic and was awarded the magical helmet of fate. Brosnan wore a motion capture suit for the role.

Archaeologists are reincarnations of the Egyptian prince who made the black Adam his slave, and their metal wings let them fly. The American Justice Association is run by him (JSA). Aldis Hodge plays Carter Hall, who is also known as Hawkman. Carter Hall is the same person as Khufu, a prince from ancient Egypt. He is an archaeologist and museum director. He first appeared in Flash Comics No. 1 in the 1940s. He made up the costumed character Hawkman, who, in keeping with the times, fought both bad guys and Nazis after he found something called “Nth metal.” He defied gravity.

Noah Centineo will play Atom Smasher, whose real name is Albert Rothstein. He is a founding member of the Justice Society. He has the power to change the molecular structure of his body, which changes his size, speed, and strength. His evil grandfather gave him his superpowers. In a fight with Rothstein’s grandfather, the hero, also known as Atom, turns Rothstein into a super-strong superhero. Rothstein’s clothes are made to look like Atom’s. He seems angry, vindictive, and often bossy, but he is very loyal.

Cyclone, a member of the Justice Society, will appear in Black Adam. Maxine Hunkel is the only one who has never had a live-action version, which makes it even more interesting to see who gets the part and makes their mark. Cyclone is a legacy character, like Atom Smasher, because she is the granddaughter of Abigail “Ma” Hunkel, the original Red Tornado. After Red Tornado’s evil creator, T.O. Morrow, gives her superpowers, he injects her with nanotechnology. She can control the flow of air, which she uses to fly and fight.

In December 2020, Quintessa Swindell joined the cast as the third member of Black Adam’s Justice Society. This was her third time in a full-length movie. She just started acting on TV in 2019 with an episode of Euphoria and a vital role in the Netflix show Trinkets, so she’s a rising star.

Will Superman Appears in Black Adam?

Black Adam director Jaume Collet-Serra also confirmed that neither Superman nor Shazam would appear in Black Adam. “The story of our movie is unique. By the end of the film, Blak Adam  has no idea who Shazam or Superman is.”

Will Shazam Appear in Black Adam?

‘It’s also worth remembering that Shazam! Fury of the Gods comes out a couple of months after Black Adam’s release. So even though Shazam won’t cameo in Black Adam.