Nintendo’s Mobile Business Continues to Shrink, But It Should Continue

Nintendo’s foray into the mobile games market, feared (by fans), has lost momentum over the past fiscal year. However, fans’ initial fears that Nintendo would largely move if it worked out was not fulfilled. That quickly became apparent. Last year it was quieter again.

Nintendo’s mobile business has always been smaller than some investors would like. In the past financial year, however, the “Mobile, IP related” business area again recorded a drop in turnover from 100 million US dollars to approximately 80 million US dollars.

Nintendo attributes this mainly to the mobile business, while royalties remained stable. That’s no surprise. After a colorful start, Nintendo has only launched one new mobile game since 2019. Pikmin Bloom was released in 2021 and disappeared like snow in the sun. Dragalia Lost and Dr. Mario was also hired.

After successful games such as Animal Crossing: Pocket Camp and Fire Emblem Heroes, Nintendo has not yet written off the mobile business. As early as May 2022, President Shuntaro Furukawa said they wanted to “take the partnership with DeNA to the next level.” So far, no concrete details have been given.

Nintendo partners with third-party companies such as DeNA and Niantic for its mobile games. Nintendo already rejected a full outsourcing in February. “It is our fundamental policy that any expansion must respect the unique characteristics of a brand so as not to damage the bond we have with our customers.” In other words, that’s only possible with Nintendo DNA. 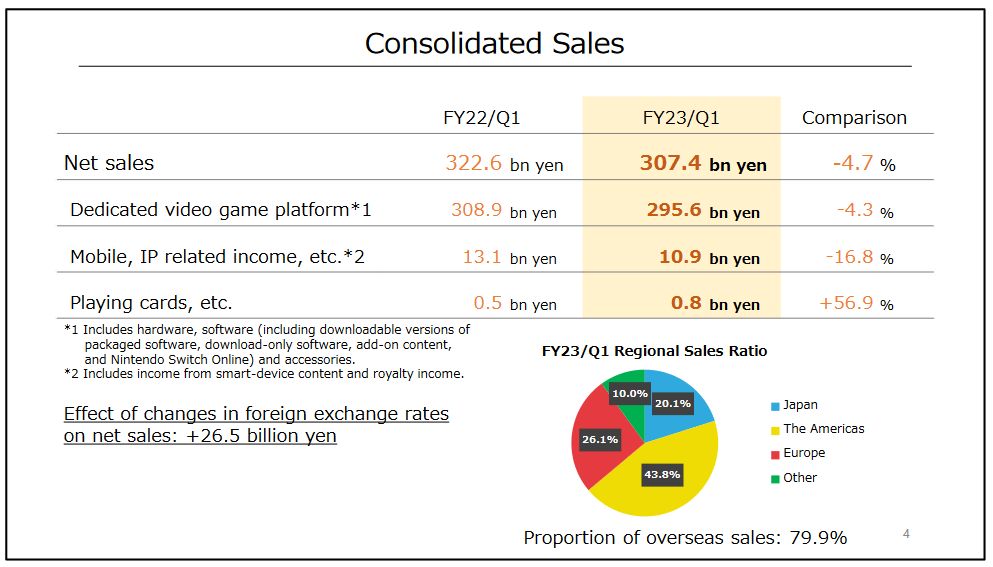