Unfortunately, this Howl’s Moving Mausoleum LEGO set only belongs to one fan.

Go for a LEGO set Elden ring? It sounds absurd, but it isn’t. There are many game themes in the LEGO world now. From Super Mario to Sonic the Hedgehog to Horizon Zero Dawn.

The work of a fan, on the other hand, is not official and therefore unfortunately not available. But the Howl’s Mausoleum would certainly be quite expensive, that much is clear. HoboSapient does its job on Reddit used 5,000 to 6,000 parts according to its own statements.

Anyone who knows the prices of licensed LEGO knows where the journey is going. HoboSapient has been collecting LEGO for about 20 years and already had many of the pieces in house, with Pick-a-Brick taking care of the rest.

Would you also buy such a set? Of course, his Reddit fans are demanding that HoboSapient submit his creation to LEGO Ideas. There, the community votes on concepts that may become reality. 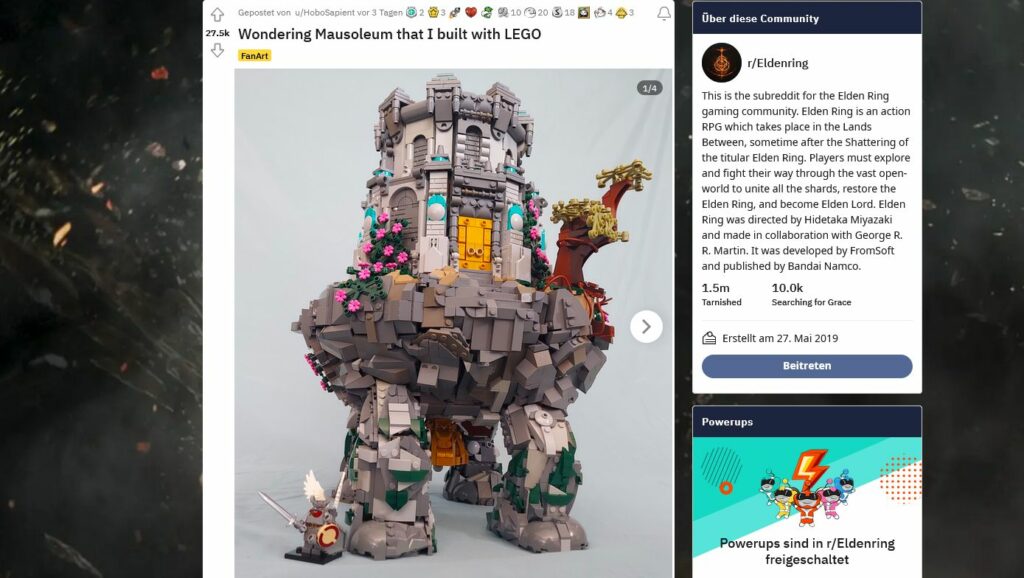