Capcom is closed during today’s digital event Monster Hunter Rise: Sunbreak as promised, the first free title update has been specified. This one comes out tomorrow! At the heart of this are four new monsters. In addition to the well-known Seething Bazelgeuse and Moonlight Nargacuga, the popular Silver Rathalos and Golden Rathian were unveiled today.

Rare monsters await you in the new Forbidden Tower. There will also be new infected monsters, which you will encounter in the anomaly investigations. You can put the rewards from this in the Quriose production. The event missions will also start on August 18th, there are plenty of cosmetic DLCs for a fee.

The second free update is scheduled for late September. This also provides new samples. Update 3 will follow in the winter of 2022 and will continue next year. 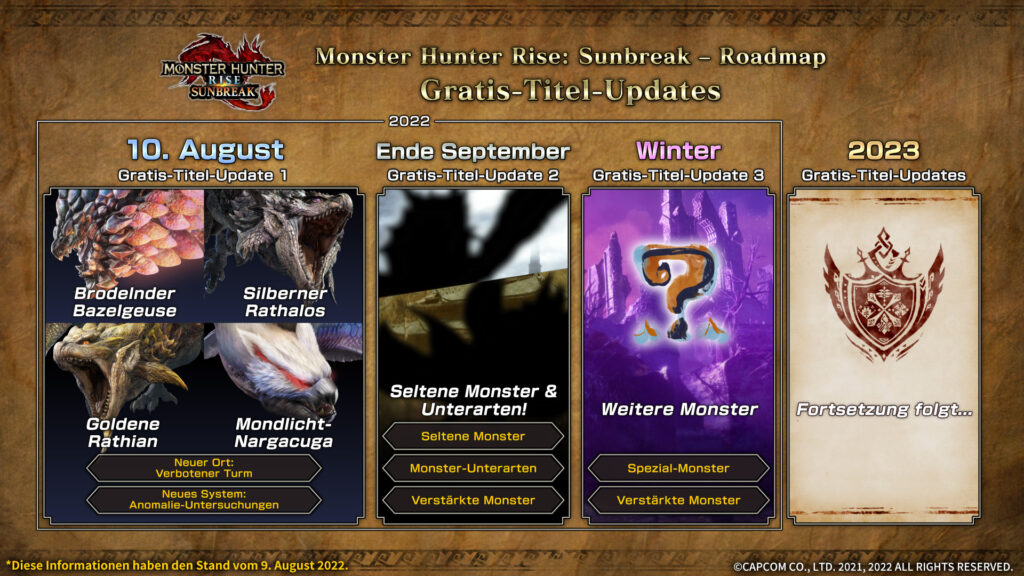 The Sunbreak expansion has already sold more than three million copies. If in doubt, you can play a demo for Switch and Steam.

Trailer for the update

The whole event in the recording

Trails from Zero is finally available in Europe