Spike Chunsoft also has a collector’s edition Master Detective Archive: RAIN CODE announced. This is the new game from the makers of Danganronpa, which was only announced for a western release during the last Nintendo Direct.

In Japan, the game has been known as Enigma Archives: Rain Code since November 2021. The Collector’s Edition, which Nintendo presented on Twitter, includes the game, an artbook, a plush figure, beautiful packaging, a soundtrack CD and a steelbook. It will be available at retail. Spike Chunsoft quoted the price for America as $109.99. Nintendo has not communicated a price for Europe. 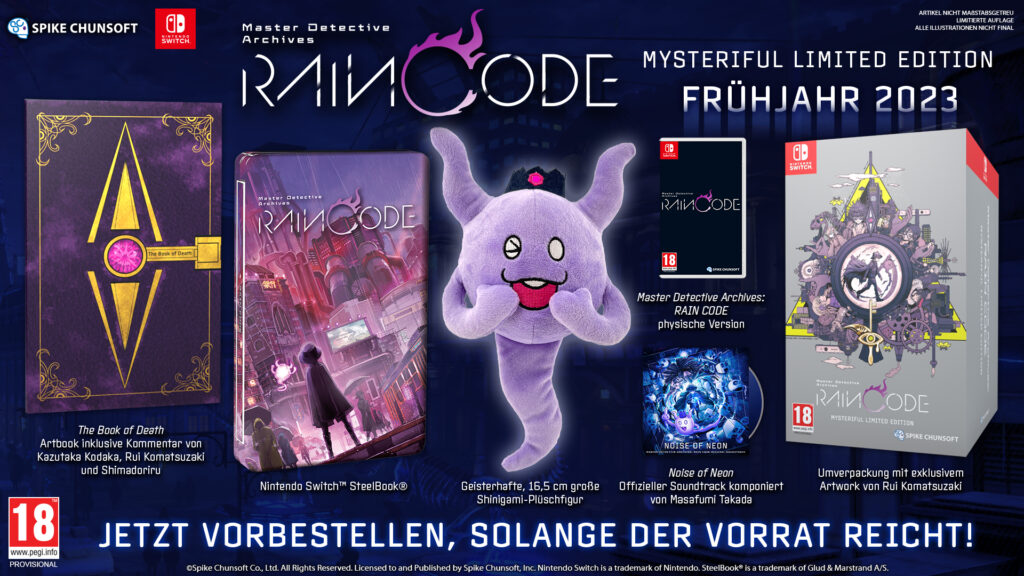 Rain Code is about Yuma, a trainee detective with amnesia, and the Shinigami, a ghost that haunts him. Together they search for unsolved mysteries in a strange city. The City of Rain is under the control of a mega-corporation.

Master detectives from around the world rise to the challenge of uncovering the truth. In addition to the screenplay by Kazutaka Kodaka, you can look forward to music by Masafumi Takada and character designs by Rui Komatsuzaki. All Danganronpa veterans!