From productivity tools to security features, there are many things to explore in Microsoft’s new update. 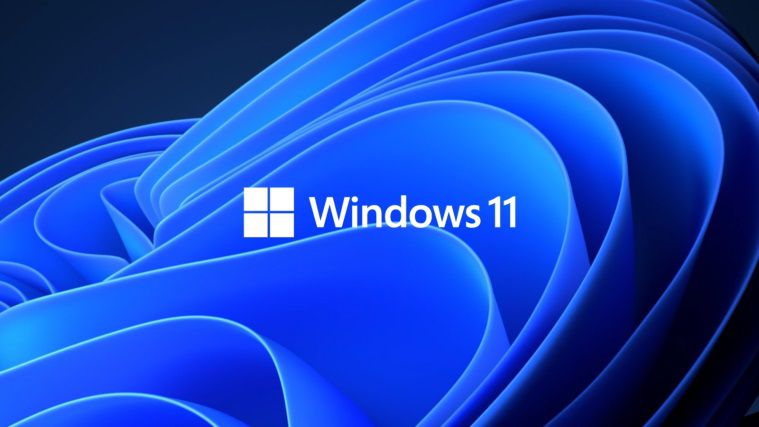 Microsoft updated Windows 11 significantly. The first significant operating system update, released on Tuesday, is now available for download to your laptop or desktop. However, you might be unsure whether you should install the upgrade. The answer is probably yes, with all the new security, productivity, accessibility, and gaming features.

The first anniversary of the operating system will soon be here in early October. At launch, numerous new features were introduced with the new operating system, such as a redesigned user interface, widgets, a more user-friendly Microsoft Teams experience, multiple desktops, Snap Layouts and Groups, and Android apps.

What you can see today is listed below. 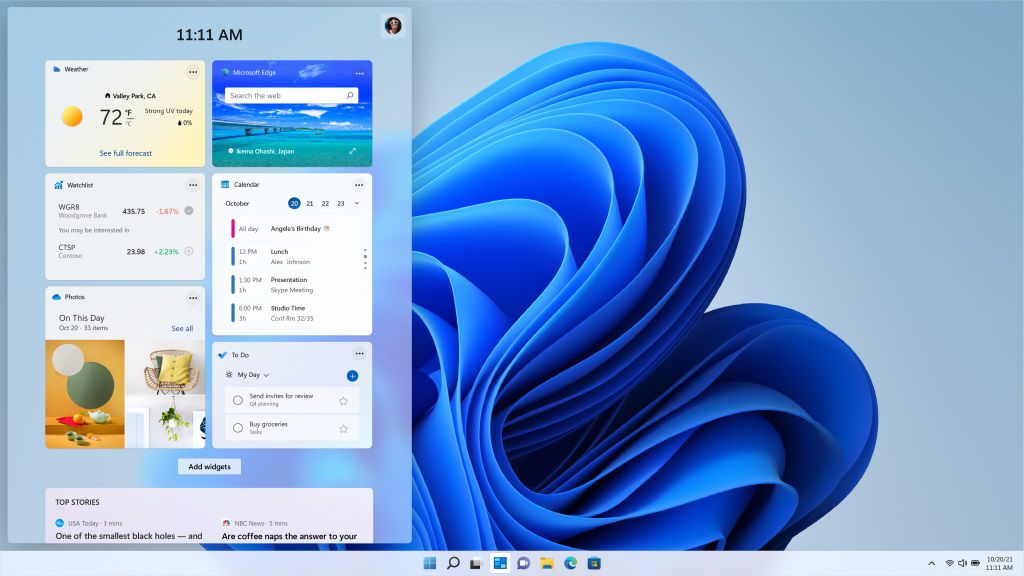 Quick Settings, a faster, more precise Start menu search, and improved local and current events coverage on your Widgets board are all features of the most recent Windows 11 update. Tabs in File Explorer, a long-requested part, will be added to Windows 11 in October.

There are more productivity tools in Windows 11 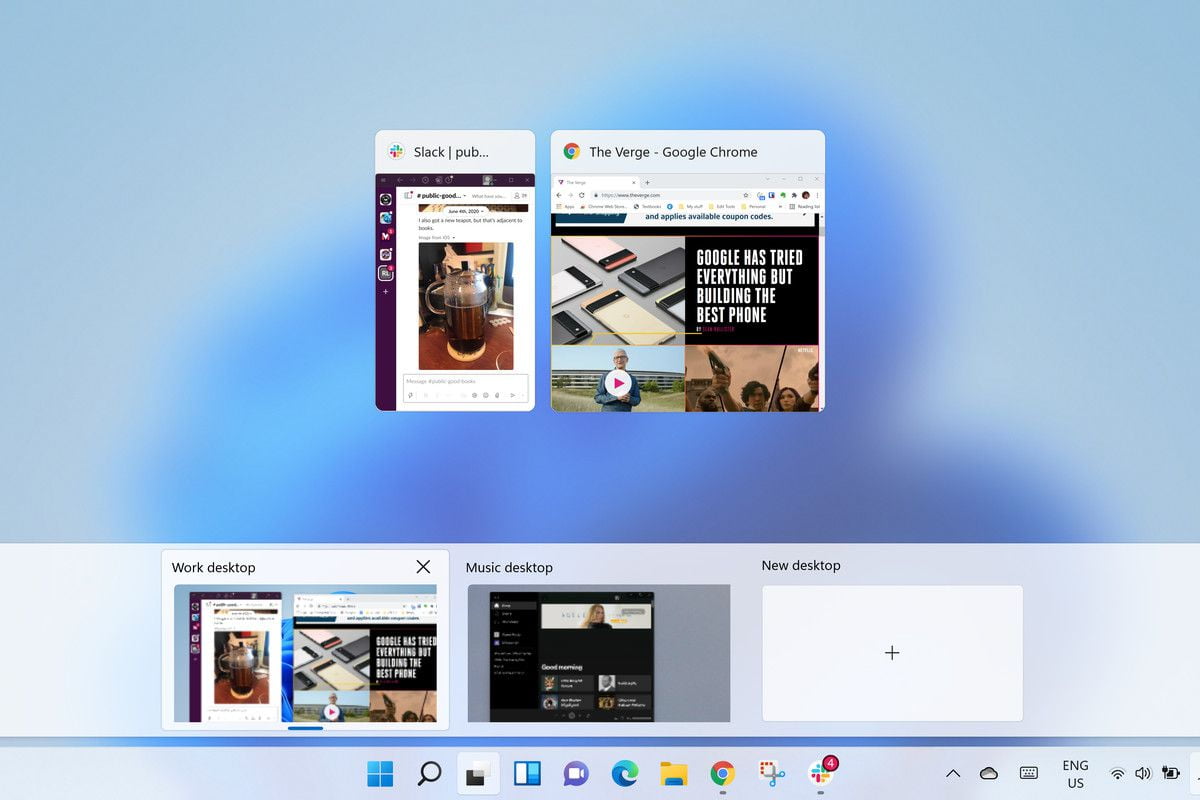 When Windows 11 first came out, it had functions aimed at multitaskers and users who desired more organization. Snap Layouts, which neatly group open Windows on your desktop, have recently received an update that gives them more versatility, better touch navigation, and the ability to snap multiple browser tabs in Microsoft Edge.

The update adds Focus sessions, and a Do Not Disturb mode to help cut down on interruptions. According to Microsoft, whenever you begin a new Focus session, Windows automatically activates Do Not Disturb. This disables taskbar badges and app notifications in our taskbar and mutes notifications. The Clock App, which has timers to aid concentration and remind you to take breaks, also benefits from focus.

Additionally, new system-wide live captioning capabilities will go beyond those of individual apps. Live captions will, by default, be shown at the top of the screen and beneath the camera on the entire system. Still, users can switch up the caption location to the bottom of the screen or a separate floating window. Also, live captions can transcribe in-person conversations by capturing microphone audio.

However, in preview, voice access enhances the functionality of voice commands by enabling you to voice-control your computer and create text. You will experience an interactive tutorial on using voice access for everyday tasks the first time you use it. The tool will give immediate feedback if it cannot recognize a word. 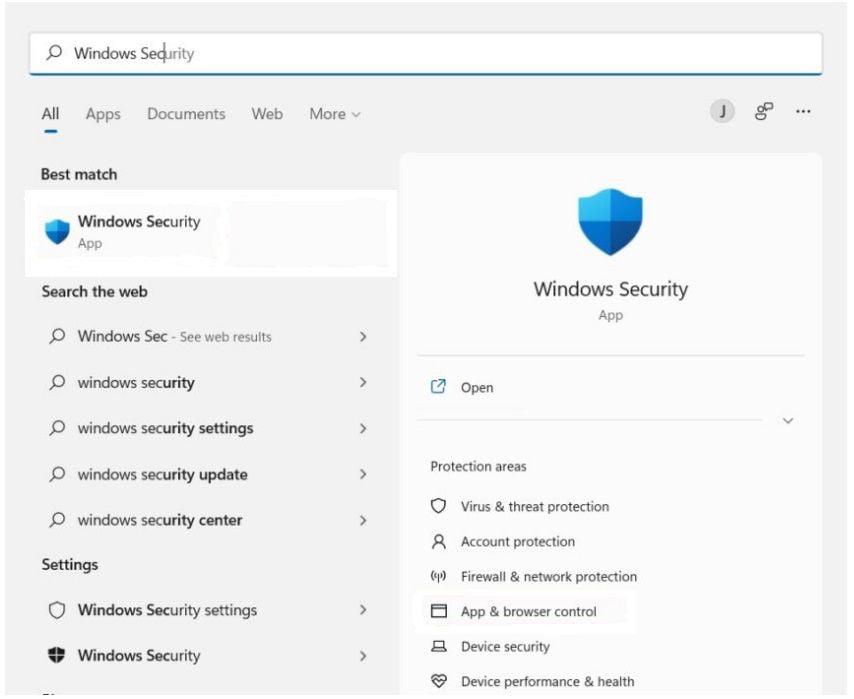 According to Microsoft, Smart App Control should give you more confidence when downloading apps on Windows 11. The program prevents script files, potentially harmful macros, and untrusted or unsigned apps from accessing your computer. In essence, the organization makes real-time predictions about an app’s safety. The feature is accessible for personal or professional use. It is based on the same artificial intelligence as Windows Defender Application Control.

When you enter your Microsoft login information on a malicious app or compromised website, Microsoft Defender SmartScreen can detect it and send you an alert. 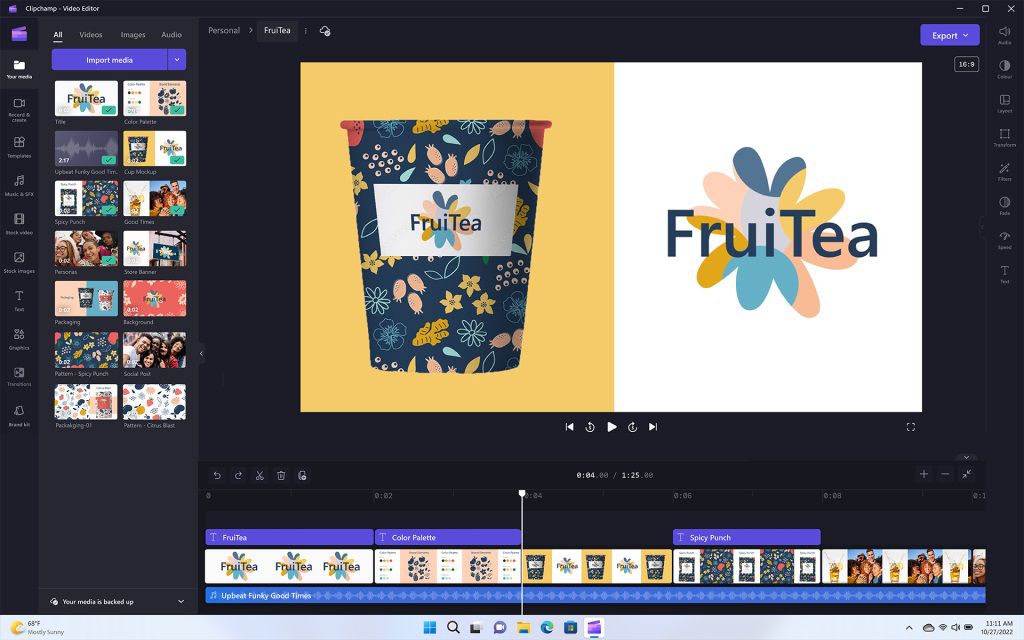 Microsoft Teams became easier to use with the release of Windows 11. Windows Studio Effects, a new feature of the most recent update, can enhance audio and video calls. The new Windows Studio camera employs Voice Focus to eliminate background noise and Eye Contact, a background blurring tool, to give the impression that the user is constantly looking into the camera. As you move, the camera follows you thanks to Automatic Framing.

The video editor Clipchamp is also included in the most recent Windows 11 update. 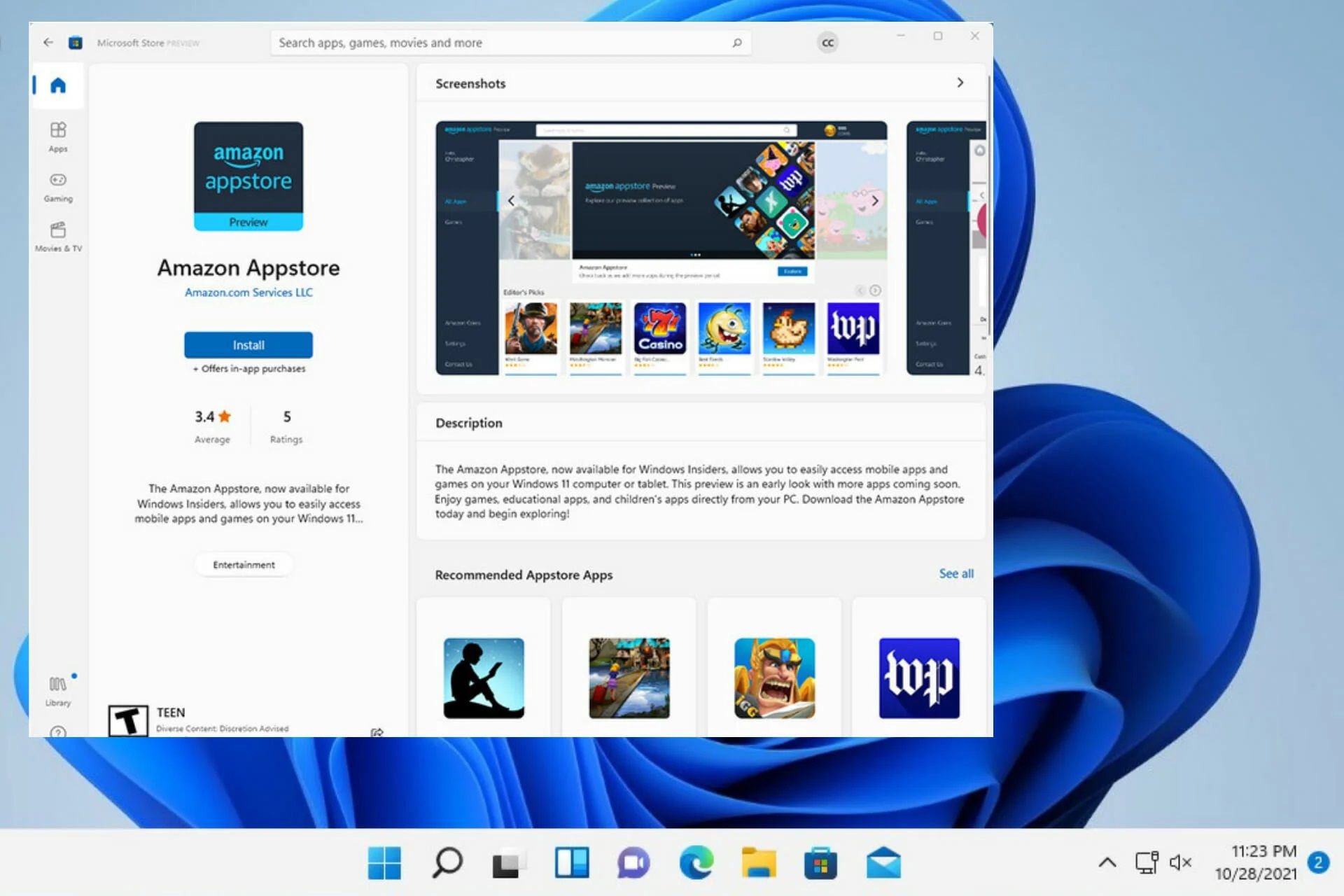 The new Controller bar introduced by the Windows 11 update makes accessing games simpler. An updated view of the Xbox Game Bar is also provided, allowing for quicker access to recently played games and launchers. Microsoft claims that the update will improve latency and enable Auto HDR and Variable Refresh while enhancing gaming performance.

Amazon and Windows 11 collaborated to bring Android apps to Windows PCs at the time of Windows 11’s release. With this update, the Amazon App Store preview is expanded, bringing the total number of Android apps and games available to 20,000. 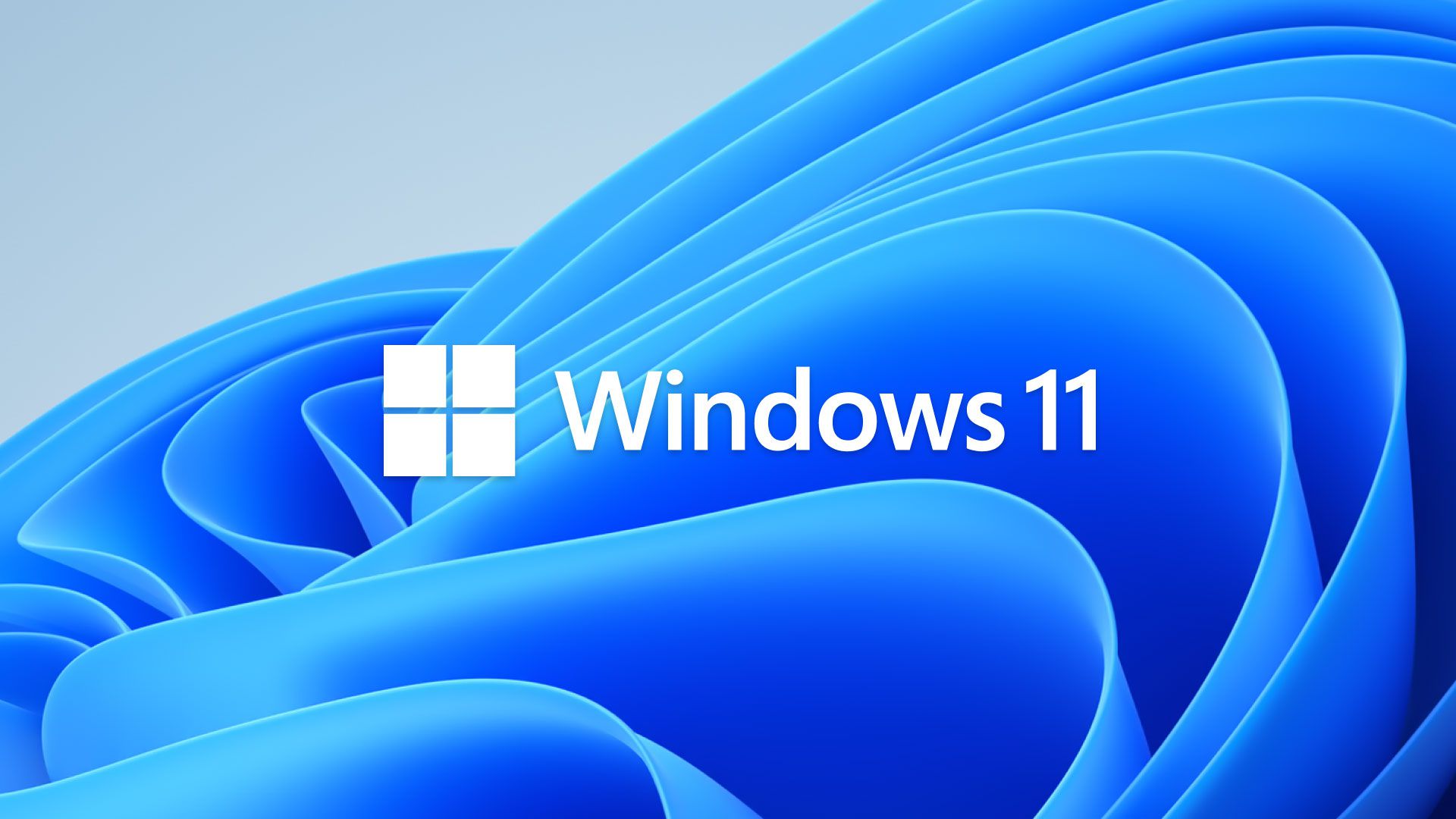 The most recent patch for Windows 11 aims to make it simpler to lower your device’s carbon emissions. As an illustration, electrical appliances are plugged in, turned on, and associated with the internet. When regional data on carbon intensity is available, Windows will plan updates for times of the day that could harm carbon emissions. Microsoft claimed that it also modified the default power settings for Sleep and Screen to lessen emissions when computers are idle.

Check out how Windows 11 differs from Windows 10 and how to download Windows 11 for more information.