More Than Just an E-INK: Kindle Scribe You May Draw on it Too

Now you have a single location where you can draw, mark up papers, and take notes. 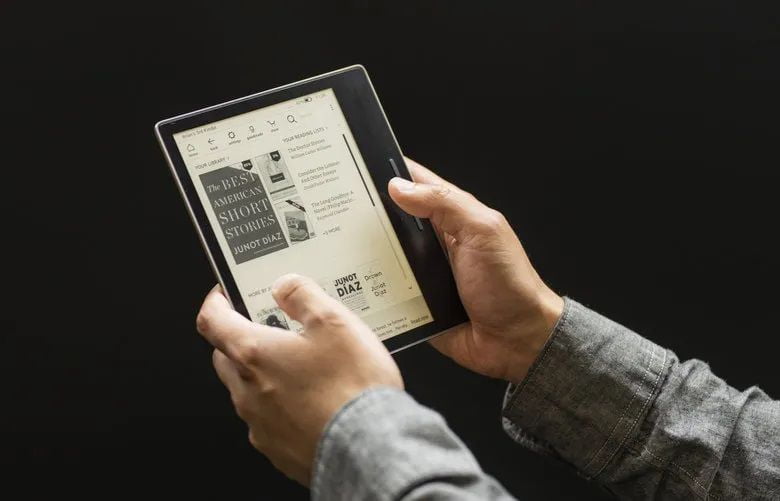 The Kindle Scribe wasn’t what I had in mind when Amazon told me it was releasing a new Kindle. But lo and behold, Amazon has unveiled a 10.2-inch, large-format E Ink e-reader with a pen. It might be argued that it is the 9.7-inch screen version of the now-defunct Kindle DX. It can be pre-ordered for $340 with a basic stylus or $370 with a premium stylus. According to Amazon, it will “arrive before the holidays.”

A few rival touchscreen E Ink e-readers with styluses also function as digital notepads, including models from Kobo and ReMarkable. However, according to Amazon, the Kindle Scribe is the only front-lit 10.2-inch e-reader with a 300 PPI (pixels per inch) high-resolution E ink display.

The gadget weighs 433 grams and is barely 5.8mm (0.22 inches) thin. For instance, the new updated baseline Kindle (2022) weighs 158 grams, whereas the Kindle Paperwhite weighs 205 grams. 35 LEDs make up the front lighting design of the Kindle Scribe. Comparatively, the Kindle Oasis has 25 LEDs, the Kindle Paperwhite has 17, and the entry-level Kindle for 2022 has only four LEDs.

I haven’t yet experimented with the Kindle Scribe. Still, Kevin Keith, Amazon’s vice president of devices, gave me a video call demonstration of some of its important features and highlighted how little latency there is with note-taking. The regular stylus and the premium stylus employ electromagnetic resonance technology, which doesn’t require electricity or Bluetooth connectivity. For $30 extra, you can get a quality stylus with an erase function and customizable buttons. Both are magnetically attached to the e-side. reader’s 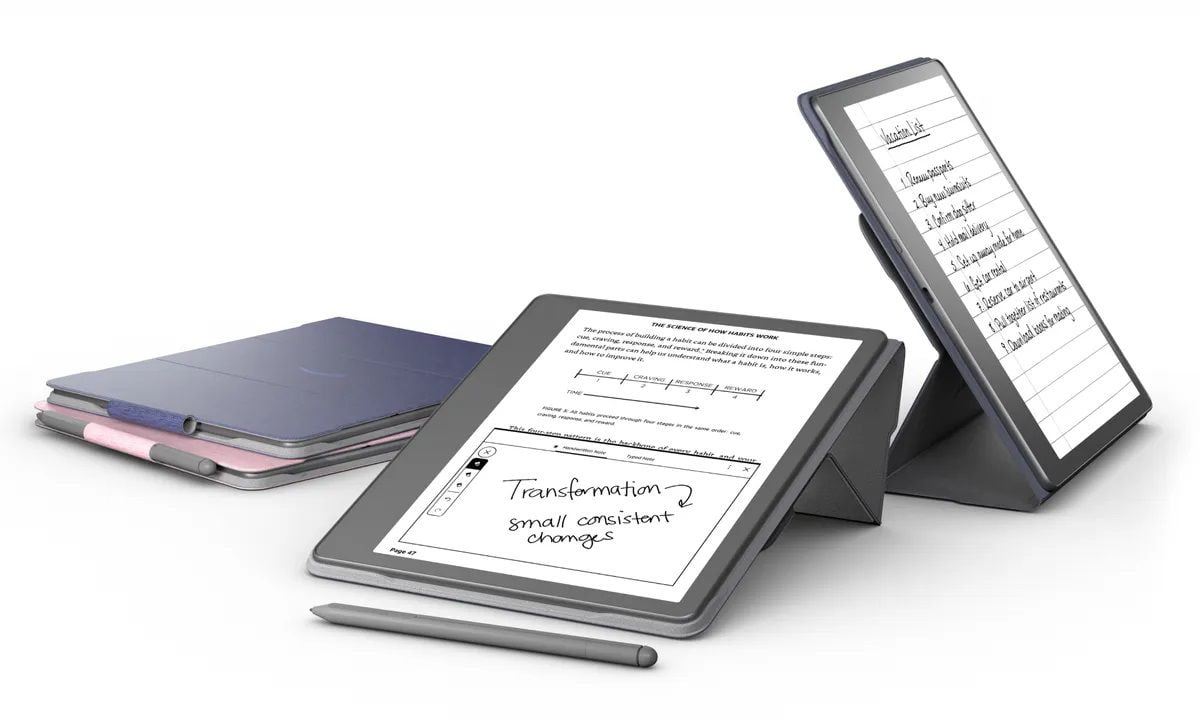 Built from recyclable aluminum, the Kindle Scribe charges utilizing USB-C. (a cable but no power adapter is included, and using a 9-watt or higher adapter will speed charging). Comparable to the Oasis, You can use it with either hand by flipping it 180 degrees in the other direction. Amazon will offer a variety of folio covers for it that can be turned into a kickstand to allow you to support the tablet.

You can import different file kinds and document types to mark up if you like. In addition, they may be converted to Kindle Format 8 (AZW3), Kindle (AZW), TXT, PDF, unprotected MOBI, PRC, HTML DOC, DOCX, JPEG, GIF, PNG, and PMP. You can use Bluetooth speakers or headphones to listen to text-to-speech audio or the Audible audio format (AAX), much as with other recent Kindles. Also, Amazon collaborates with Microsoft to enable you to export a Word document from a computer directly to your Kindle Scribe. Amazon said such functionality will be available in 2023. 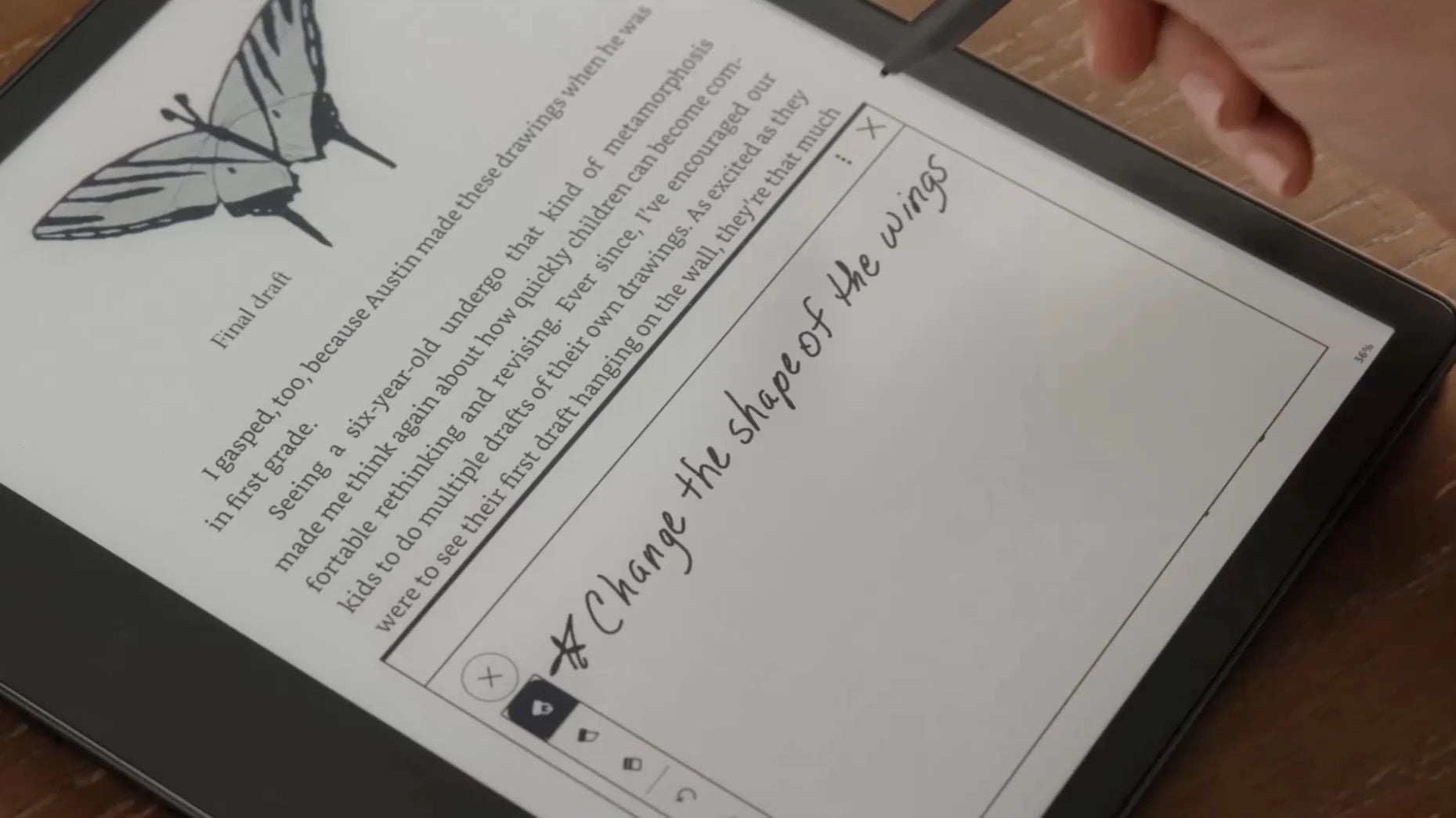 The Paperwhite’s Mediatek system on a chip also powers the Scribe. According to Amazon, it can run up to 2GHz, but only for specific tasks that require more power. The standard model offers 16GB of storage, but 32GB and 64GB variants are also provided at a higher price. The Scribe is a Wi-Fi-only, non-cellular Kindle.

I questioned Keith about why the company now opted to release a 10.2-inch e-reader after abandoning big e-readers some years prior and retiring the Kindle DX in 2014. A small but devoted fan base for that specific model appreciated having a large screen e-reader that could display text in larger font sizes with enough word spacing. According to Keith, technology, especially screen technology, has reached a stage where the user experience meets Amazon’s high expectations. He said that Amazon could have made a similar device a few years ago without a front light, but it wouldn’t have made sense. 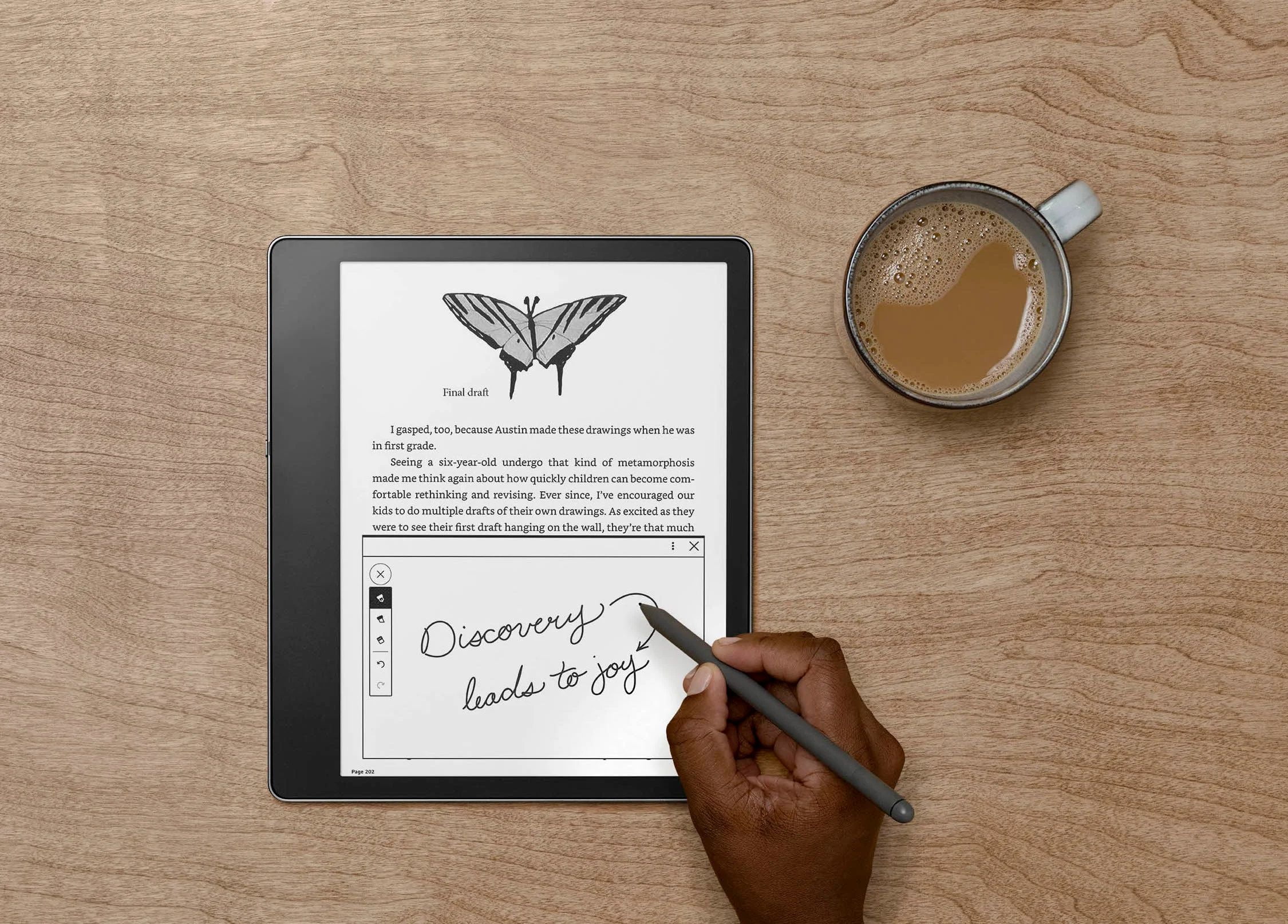 Although the product page for the Kindle Scribe states that it will be “launched” on November 30, Amazon does not specify a specific shipping date. Before it ships, we look forward to checking it out and will write a thorough evaluation.

83% of football fans prefer to watch matches on the phone