A new update has been released for Weird West Update 1.16. You can find all the Game Update details, Bug Fixes, improvements, and Patch Notes below. Weird West Update 1.16 is now available for all platforms, including PS4, PS5, Xbox One, Xbox Series S/X, and PC. The file size may vary depending on the platform.

Hi gunslingers from all over the Weird West! Mod support is officially coming later this month to Weird West via mod.io, but before we put it into the main build on Steam, the Epic Game Store, and GoG for all players, we wanted to invite curious players to try it out in advance in a short open beta on Steam only.

A “modding” public beta branch is now available on Steam, and if you opt in, the MODDING button on the main menu of the game will be enabled.

We added four starting sample mods for the open beta so that you have a bit of content to play with and we can make sure all is working at a larger scale. The sample mods can be browsed and installed directly from the in-game MODDING menu: 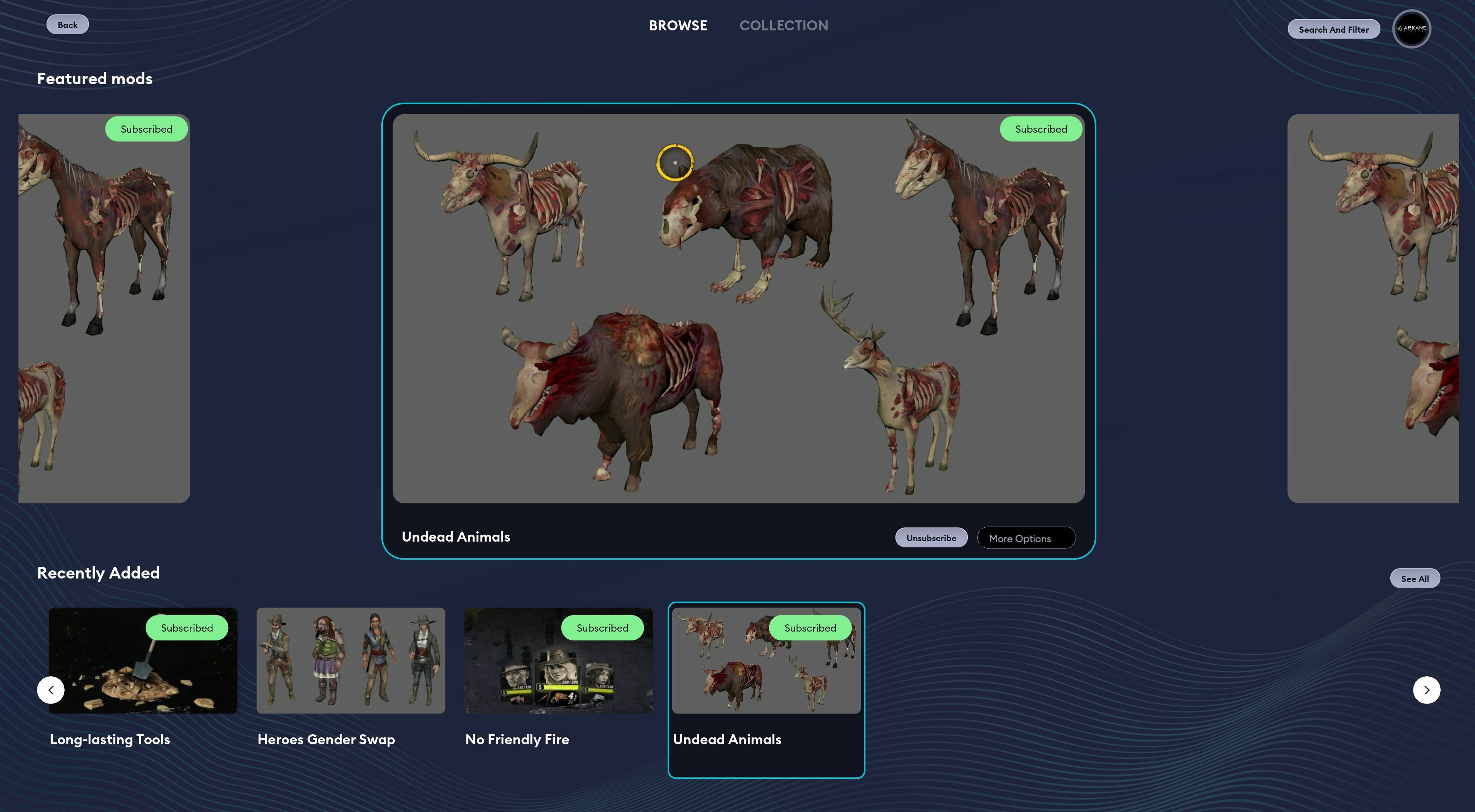 Please note that those sample mods are to be considered work in progress for the duration of this open beta so they may not all be fully functional yet.

Most importantly though: if you are interested in creating mods for Weird West, you can now go ahead and try it! Any mods created and submitted/published during the open beta will carry over once mod support is officially released. So, here’s your chance to get a head start and have your mods featured in the game when mod support releases to all players on the week of November 21st!

If you are interested in creating and uploading/publishing Weird West mods, head over to our mod.io page here. 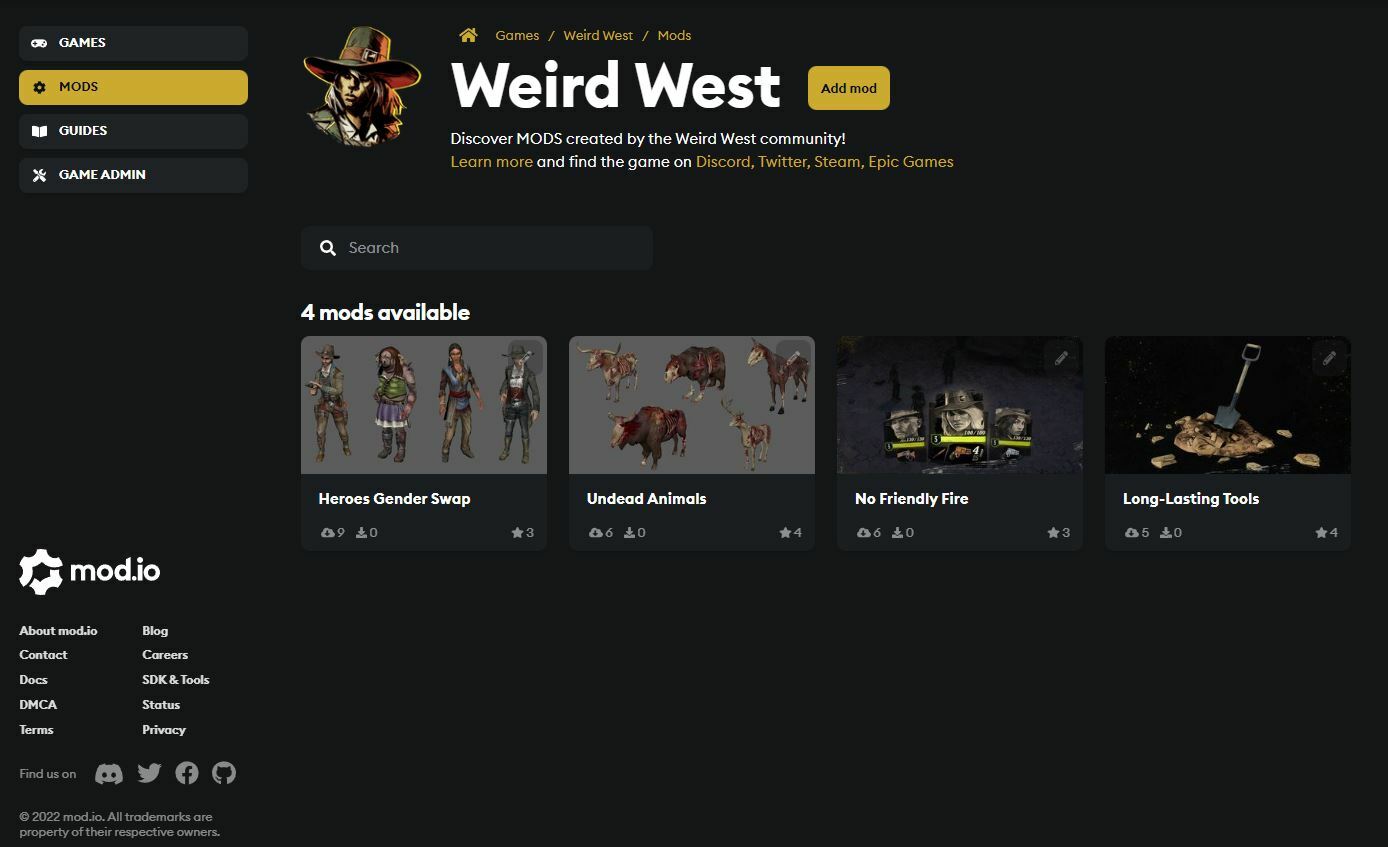 You can also find a guide on How To Mod Weird West here on mod.io 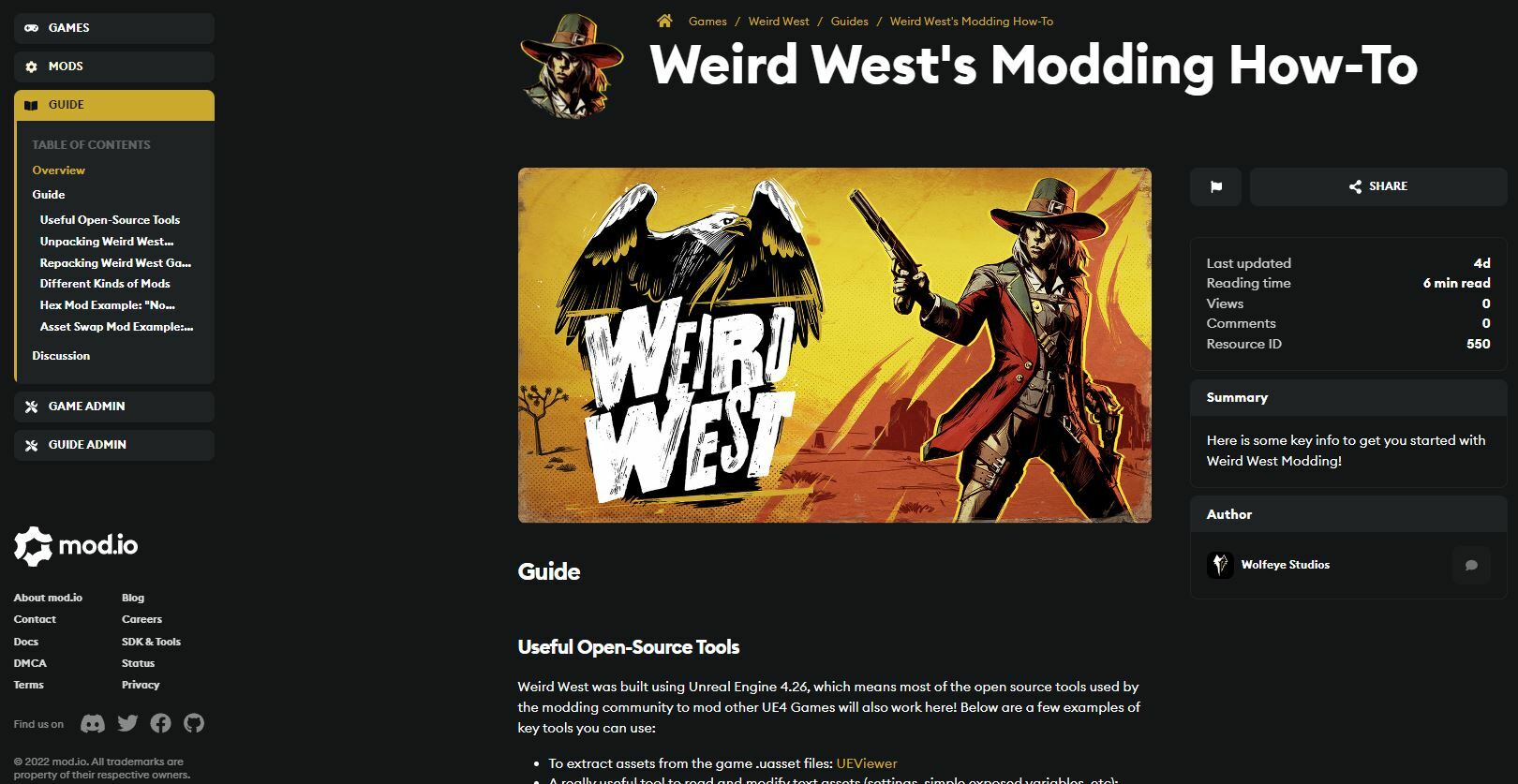 Please note that this is a beta, and as such things are not fully stabilized yet, so you may encounter a few issues here and there. Feel free to post a comment on this thread if you find anything annoying or share your thoughts over on our Discord Server. Our main goal with releasing this early beta is to give mod creators a chance to go hands-on early with the new tools and give them the opportunity to have their creations featured when Patch 1.05 comes out later this month.

Oh… and when we fully release mod support in a few weeks, it will come with a bonus little surprise mod from Joe Wintergreen, which we’re sure a lot of you will love :). Stay tuned, ’cause that’s a big one you won’t want to miss–let’s just say… fans of a different POV might like it ;).

We just released a minor update to Patch 1.04 to address a few issues reported by players.
The following issues have been addressed:

There are version differences in the following raid event

The new “Hype Trailer” makes fans hope for these games, among others