Update on December 9: You can now pre-order the Collector’s Edition for the first time at Media Markt and Saturnus.

As promised, Capcom has that with the Resident Evil Showcase Resident Evil 4 Remake reintroduced. This time there’s a particularly detailed look at the remake. We see a new trailer, get a gameplay video and get to know the Special Editions.

“On board are modernized gameplay, a newly developed storyline and vividly detailed graphics. Resident Evil 4 marks the rebirth of a true industry heavyweight. In fact, there are some innovations.

In addition to the standard version and a digital deluxe edition, there is of course also a collector’s edition. It includes a sample book, a digital soundtrack, an art book and a “special card”, as well as a Leon S. Kennedy figure and, of course, the game. All packed in a chic collector’s box. 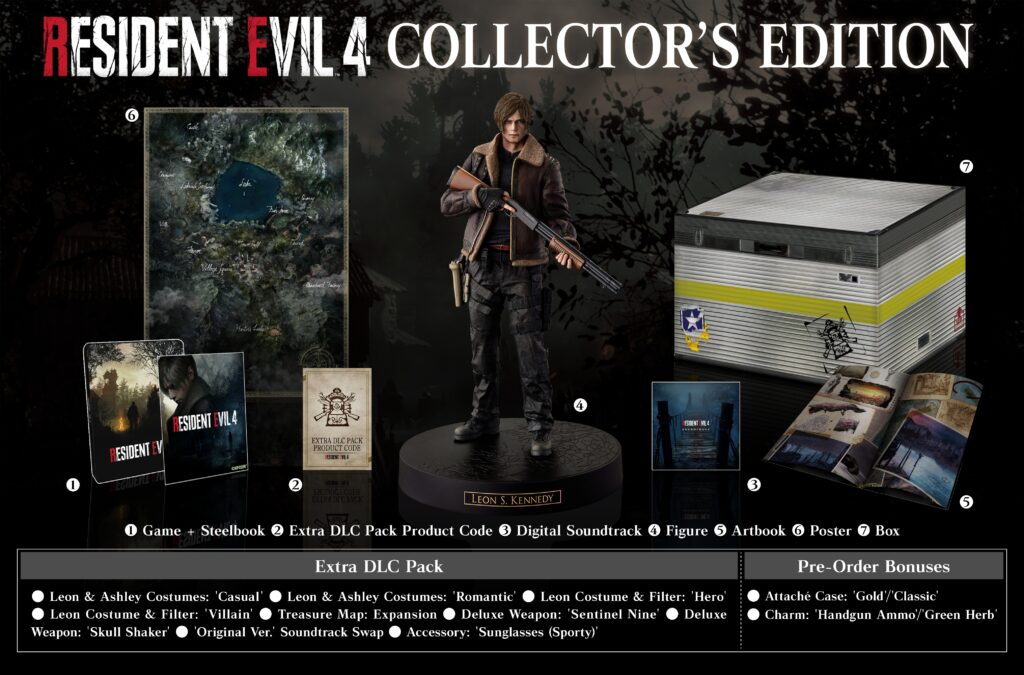