2D Mario Game Will Apparently Let You Play As Peach 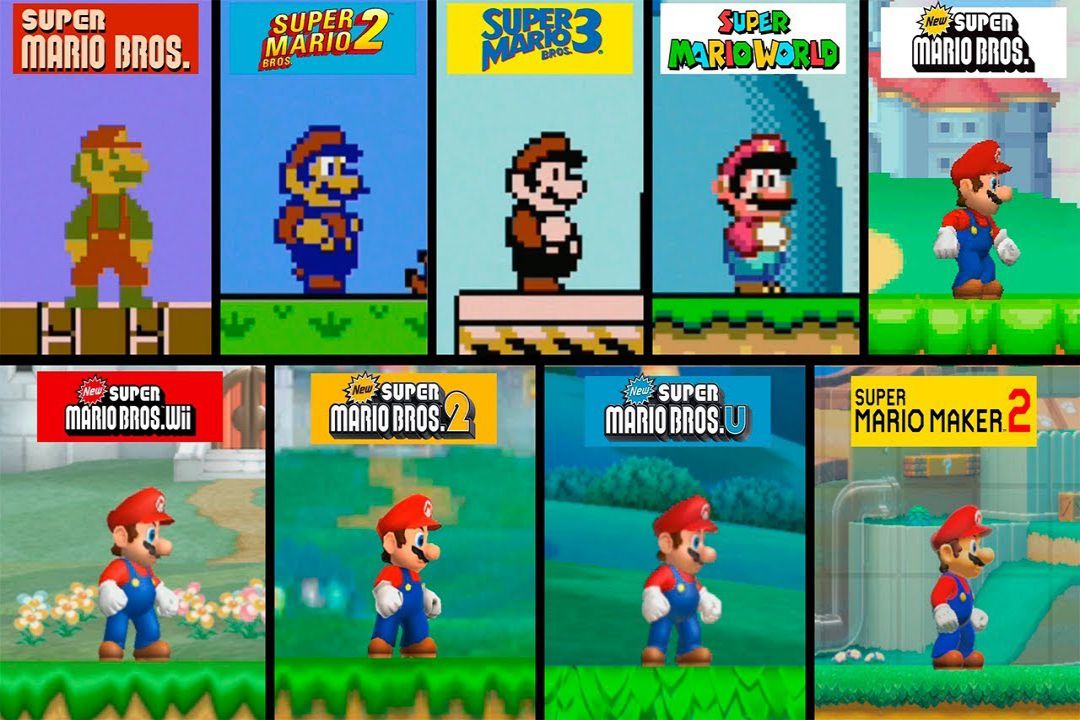 Since our very first journey with the Italian plumber man, Mario, we’ve been playing as Mario and Luigi with the goal of saving Princess Peach from Bowser. Although the game was very simplistic back then, it showed motivation for Mario. He went all the paths and courses to reach the castle, save Peach, and destroyer Bowser for good.

However, the rumored new 2D Mario game has suggested that we can actually play as Princess Peach herself. This was brought by a blogger named Zippo, who announced the rumor for the first time.

He simply showed the leaked picture of Princess Peach’s gameplay. Although the image is a bit blurry, it’s pretty clear that the player actually plays as the Princess.

But, before actually talking more about it, let us take you to the long history of Mario games.

The Long History of Mario

Now, video games are increasingly popular and in great demand by many people, both children, teenagers, and adults. They also like to play video games on smartphones or laptops. The presence of the Internet has also influenced the trend of online video games that are spreading and in demand by the public.

Before the birth of various online games, there was also a game that pioneered the development of video games, namely Super Mario Bros. This game has been a Nintendo release since September 13, 1985. It was then, the video game industry rose and developed to this day.

The 90s generation certainly knew this game very well. Even though many online games of various genres and storylines are developing, the presence of Super Mario Bros is still considered. Super Mario Bros was once the biggest gaming hit in the game’s history.

Interestingly, the game Super Mario Bros, which is still a favorite, has a history of development and background that is worth exploring. According to Ultimate Classic Rock, Super Mario Bros., which was first released on September 13, 1985, began with the career of the video game company Nintendo, which had entered the Arcade market.

From the game Radar Scope, Nintendo managed to gain popularity in Japan but unfortunately failed to attract the interest of the people of the United States. Furthermore, Nintendo instructed an easy graphics named Shigeru Miyamoto to create a new concept that could be reprogrammed in the previous Radar Scope game system.

Shigeru Miyamoto was inspired by the classic Popeye cartoon and created a new character and story: a carpenter who tries to save his love from an attack by a giant gorilla named Donkey Kong. Miyamoto also gave the carpenter’s main character the nickname “Jumpman” after completing the story concept and character designs.

One night, while Miyamoto’s team was working in a storage office in Seattle, a landlord named Mario suddenly came and demanded the due rent. That name was eventually used as the main character’s name, replacing the nickname Jumpman.

Mario, who got his own unique game with a new character, namely his brother named Luigi, managed to rival the success of Donkey Kong and its sequel, Donkey Kong Jr. With new characters, the Mario Bros game was developed with a one-page game screen that displays enemies that can evolve at each level. Because of this, this Mario game has become popular and in demand by the public.

The Incredible Journey of a Franchise

Since its release, the Super Mario Bros game has continued to develop, such as by presenting a scrolling screen style different from its predecessor game. Apart from that, the Miyamoto team also created a unique feature, namely the ability to hide, which provides a new experience for every player.

Miyamoto also acknowledged that Mario is a type of blue-collar hero with abilities and weaknesses connected to the player’s character. The weakness of Mario Bros, who is afraid of heights, certainly represents many people.

Mario will do his best to survive that fear if there is a gap that must be jumped. The characteristics of simplicity and experience cause the character’s interactive nature with the players to become close.

Even though the title is the biggest hits game, the Nintendo Super Mario Bros team continues to develop various interesting features. For example, with the power-up feature of eating mushrooms then, the character can grow twice as big.

In addition, this feature also improves the character’s ability to withstand enemy attacks better. With a variety of new features, the playing experience will feel more unique and interesting for players.

Can We Finally Play As Peach?

According to the leaks, yes. Finally, we have the chance to play as the Princess. Besides her, other playable characters are worth mentioning, such as Mario, Luigi, and Toad, which will be presented in 2D form.

This will be the very first time Princess Peach goes on an adventure. But if the Princess is on our side for now, who’s the character we’ll save? Maybe we can finally have the answer after the next Mario game trailer is released.

The Game Is Still Under Development

According to the leaker, Zippi, the game is still under development, and it is estimated to be finished around years from now. The 2D Mario developers, Hiroyuki Kimura and Takashi Tezuka are rumored to have the plan to release the game in either 2023 or 2024.

Twitter is preparing to provide an electronic payments service