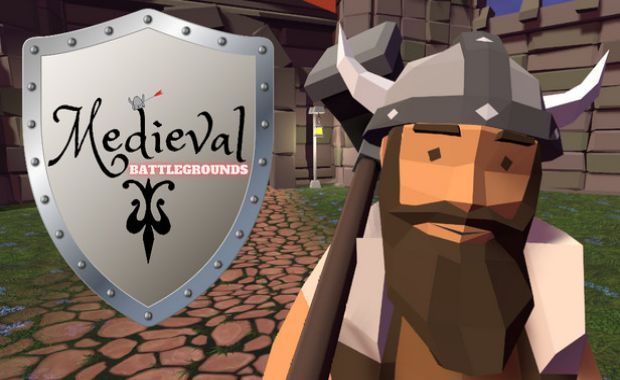 -Increased the crossbows damage and magazine capacity.
-When picking up an item, it will now check for a similar item in your inventory and try stacking the items before putting the new item into an empty inventory slot.
-Added 2 new maps!
-Added the Flare Grenade, which provides light in the Island map. They can be found in crates around the map.
-Added a dropdown menu to select which map you want to play in defense mode. Deathmatch games are only played in the Castle map.
-Added a spectator camera for when players have died.
-Added special games, where only certain weapon types will spawn.
-Added a new special weapon to the “Coins Only” special game.
-Added working cannons to the castle. Fire away!
-Added sway to melee weapon attacks to make them feel more immersive.
-Added dodge for players while moving to the side or backwards and pressing space.
-Added the Forge, which contains a few different crafting benches to make items while in a game. Crafting costs coins.
-Added Armor Chunks, which can be crafted or found randomly on the map. Each Armor Chunk provides +1 damage reduction.
-Added an error message for main menu when you try to play a game without steam online.
-Added an intro video.
-Added fog of war to all maps.
-Added a setting in the options menu to turn off Shadows, increasing performance for those who need it.
-Added a ping system for setting markers and highlighting special enemies.
-Added a tooltip for items on the ground so you can see their name and stats.
-Changed most weapons to have variable stats instead of fixed stats.
-Changed health gained from healing items from a fixed number to a percentage of your max health to better work with the increased health perk.
-Changed the number of wins required to Prestige from 100 to 50.
-Changed the Ready button while in lobby so that clients cannot un-ready after the host clicks Start.
-Changed a few perks around to be better balanced with the other perks. Increased the Passive Healing perk amount, the Scavenger perk now also gives you extra coins at the end of a mission,
the Blocking Power perk now lets you block explosions, fire, spells when using a shield, lifesteal now applies on kill and works with any weapon.
-Fixed goblins camping downed players.
-Fixed a few targeting and navigation issues with the goblins.
-Fixed players moving faster than intended while moving at an angle.
-Fixed the animations for the ogre’s crossbow minion not playing for clients, and also made the archer fall off ogre and become a regular enemy when the ogre dies.
-Fixed a bug that did not show players changing their character skins after playing a game in multiplayer.
-Fixed a bug that caused health bars to overlap if one player had the increased health perk.
-Fixed a handful of other minor bugs and issues.
-Fixed an issue with the full screen map not showing properly when using 4k resolution.

IN THE WORKS:
-Rebinding system so we can all change the controls to our liking.
-Language localization for other languages.
-Fixing a few rare network issues I have found.
-Optimization.
-Overall balancing and improving on weapons, combat mechanics, perks, etc. I am still considering an aim down sights option for the auto crossbow.

PLEASE NOTE:
Most of the new features are well tested, but a few of them are brand new and may have bugs that we are not aware of yet. If you find any bugs, or something seems to not be working as intended, please let us know in the community discussions page for Medieval Battlegrounds.

I am still working on optimization and improving performance as much as I can. Being as this is the first game I have made, I have learned a lot over the last few years of development. Hopefully you can all bear with me as I try to fix and improve parts of the game I made early on that are causing issues. I am trying to make the game as smooth and fun as possible for all hardware.

Finally, one major change I will be making is to make a toggle in the settings menu to turn on or off the melee weapon sway when attacking. If you get motion sickness easily, I am sorry that I didn’t do this before releasing this update. Thank you for your patience!